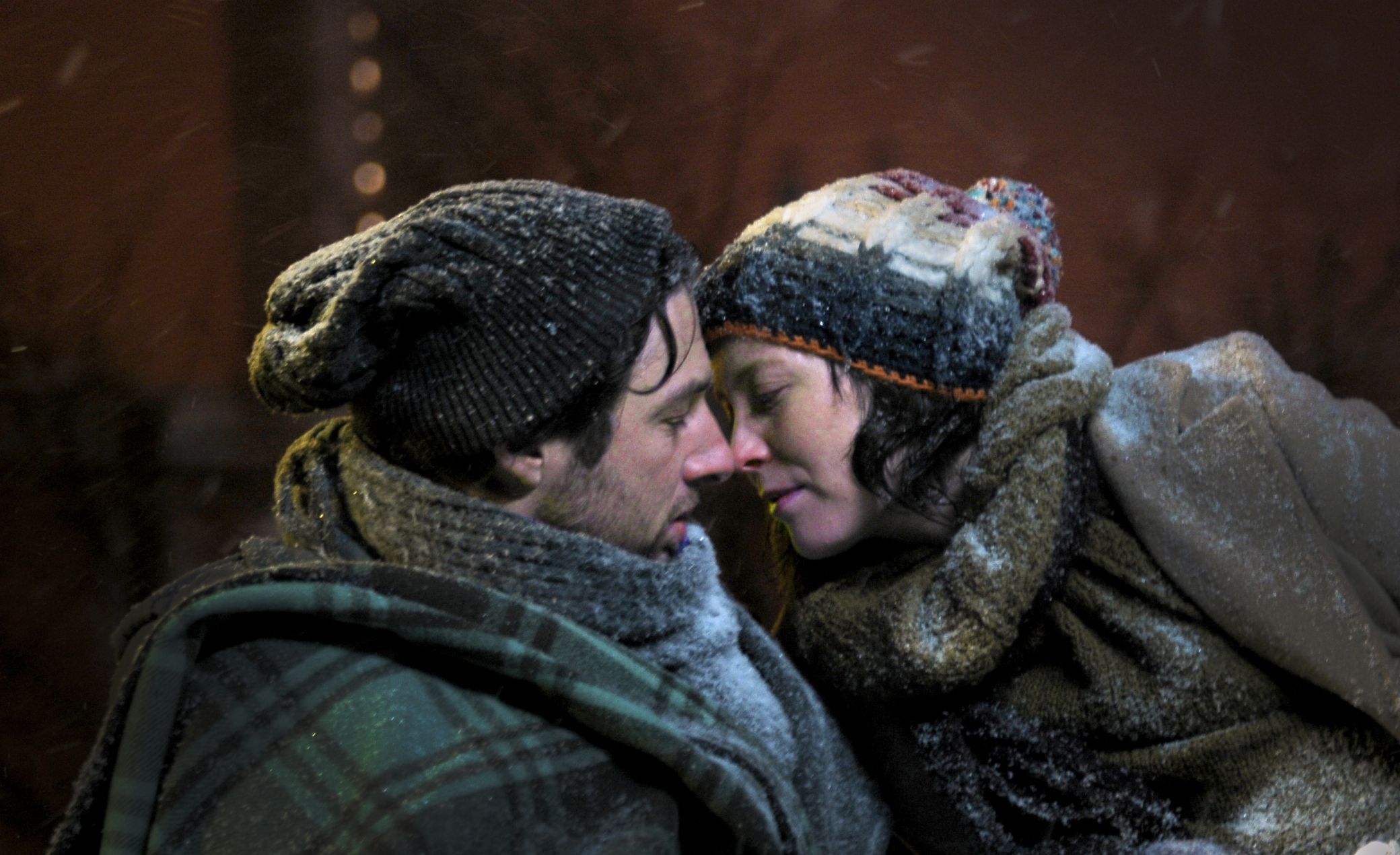 The High Cost of Living is yet another example of the high cost (for moviegoers) of lowered production barriers for aspiring filmmakers. In this excruciatingly clichéd Montreal-set saga, in which every twist proves as contrived and implausible as the last, writer-director Deborah Chow opens by crosscutting between New York-transplant Henry’s (Zach Braff) night out selling and taking prescription drugs and pregnant, French-speaking Nathalie (Isabelle Blais) attending a party. Inevitably, the duo’s paths slowly near each other until confused Henry runs over Nathalie, who—believing she’s going into early labor—is idiotically standing in the middle of a street waiting for a cab.

Henry goes home to act shell-shocked while Nathalie learns that her baby is stillborn, and that doctors plan to leave it inside her for a few weeks until she’s recovered from her concussion, a decision that’s so insanely insensitive that it makes her workaholic husband Michel’s (Patrick Labbé) emotional detachment seem minor by comparison. At a bar, Nathalie is accosted by nasty strangers who are appalled by a woman in her condition guzzling wine, a confrontation that allows Henry, who’s had his teenage friend Johnny (Julian Lo) discover her whereabouts, to introduce himself to Nathalie and, consequently, befriend her and invite her to stay at his place, all while failing to tell her he’s the creep who killed her baby and left her to die.

Chow’s somber atmospherics (shadowy nighttime street action, melancholy piano) are as painfully conventional as her script’s connect-the-dots plotting, which—trading in a predictable batch of mourning, guilt, deception, forgiveness, redemption, healing, blah blah blah—eventually has Nathalie fall in love with Henry, Henry get interrupted when he tries to confess to Nathalie, and the truth come to light when it appears that Johnny might be fingered for the crime. Such narrative details might normally qualify as spoilers, but The High Cost of Living is so transparently hackneyed that any and all developments are preordained after the couple’s initial meeting. The preternaturally unconvincing Braff’s morose emoting is done mainly through his scruffy beard and swigs from a bottle, while Blais’s slightly more plausible torment is conveyed via sorrowful examinations of her belly in the bathroom mirror, with all of these elements proving as trite as they sound.

By operating in two languages, Chow is able to have her material pose as both a serious foreign drama and a character-driven indie, but in truth, it’s merely a collection of melodramatic tropes without any unique or animate life. Bonding over a cutesy game of drunken hopscotch (with scotch, get it?), Nathalie muses, “This is ridiculous,” to which Henry responds, “So is life.” And so is this movie.