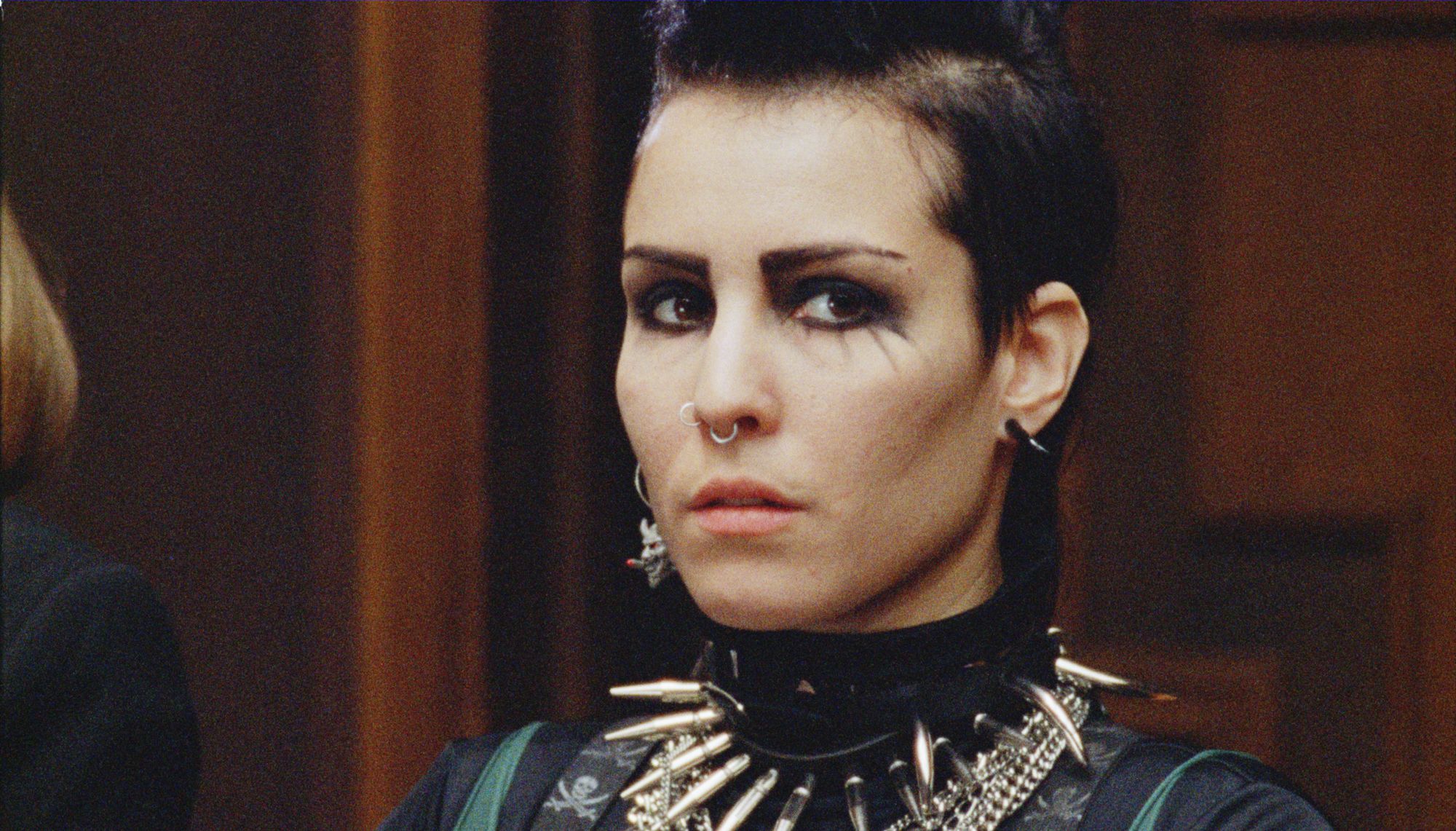 Stieg Larsson’s “Millennium Trilogy” and its Swedish cinematic adaptations present a rigged game: Their critique of societal sexism is made via a convoluted, one-dimensional thriller narrative in which men are either heroic crusaders or dastardly misogynists, with the latter all secretly allied in maintaining an omnipresent anti-female agenda. The Girl Who Kicked the Hornet’s Nest, the third and final chapter in Larson’s bestselling series, is no different in this regard, expanding the serialized story’s scope to reveal how institutionalized violence against women is a crime traceable all the way to the country’s prime minister, who’s in league with a secret group of nasty old white guys dubbed by insufferable know-it-all journalist Mikael Blomkvist (Michael Nyqvist) as “the Section.” These geriatric cretins apparently run Sweden, and their primary concern is goth computer hacker Lisbeth Salander (Noomi Rapace), who, in the last film, dared to try to kill her burn-victim daddy Zalachenko (Georgi Staykov), a defected Russian spy, and one of the Section’s trusted accomplices. Fearful that Lisbeth might reveal the truth about Zalachenko and, consequently, its own existence, the Section sets out to have Lisbeth convicted of attempted murder and locked away in a psych ward, where—naturally, given this saga’s true, base interests—she can be tied up and raped for eternity by her former, sexually abusive psychiatrist, Dr. Teleborian (Anders Ahlbom Rosendahl).

Tawdry is as tawdry does, yet The Girl Who Kicked the Hornet’s Nest often seems at a loss over how to channel its sleazy impulses. Initially stuck depicting Mikael and Lisbeth’s separate-but-concurrent investigations into the Section’s conspiracy—which, years earlier, involved confining 12-year-old Lisbeth to the loony bin in order to keep Zalachenko’s work hush-hush—and then later stuck going through dull courtroom-drama motions, the film finds few opportunities to indulge in the salacious women-hating brutality and objectification it nominally decries. Nonetheless, so pitiful is director Daniel Alfredson’s need to generate cheap thrills that, aside from obligatory flashbacks to Lisbeth’s rape in The Girl with the Dragon Tattoo at the hands of her guardian, as well as visions of her teenage-years assault by Teleborian, he has the gall to embellish a perfunctory shot of a speeding car by sticking a random woman with a baby carriage in the vehicle’s path.

Dim sensationalizing, however, takes a back seat to even dimmer melodrama. Until its finale, The Girl Who Kicked the Hornet’s Nest fails to find anything for Lisbeth to do other than exercise (in a hospital room, and her jail cell) and show up to court in a faux-shocking mohawk and studded-leather attire, all while wasting immense energy on the torpid sleuthing of Mikael, whose altruistic desire to help Lisbeth is undermined by the rampaging egomania that defines his every thought and deed. Of course, such inert drama and its ensuing happily-ever-after resolutions were preordained by The Girl Who Played with Fire, which ended with Lisbeth being shot in the head and then literally rising from the grave. In effect, she’s a superhuman avenging angel—here, she also exhibits the psychic ability to sense when her impervious-to-pain goliath half-brother Niedermann (Micke Spreitz) is near—and, further, one who’s always in the right. Unlike with Ms. 45’s killer beauty, there’s no ambiguity to Larsson’s contrived heroine, just a lot of noble suffering and righteous anger gussied up in riot-grrrl poses.

Alfredson’s empty aesthetics mimic Hollywood conventions but merely exacerbate the hollowness of this entire affair, which complicates its simplistic conspiracy with tortuous scripting and herky-jerky pacing. Message-movie moralizing told without verve, wit, or mature nuance, The Girl Who Kicked the Hornet’s Nest is intolerable unless one can somehow emotionally engage with the cartoonish Lisbeth and her you-go-girl shenanigans. Discussing Lisbeth’s rape allegations, evil Dr. Teleborian states, “The whole story, with all the details, is a classic example of the grotesque fantasies which children tend to exhibit.” It’s a claim that—in light of the series’s reduction of cultural misogyny to an elaborate black-and-white plot perpetrated by nefarious grandpas—quite precisely pertains to this awful trilogy as a whole.