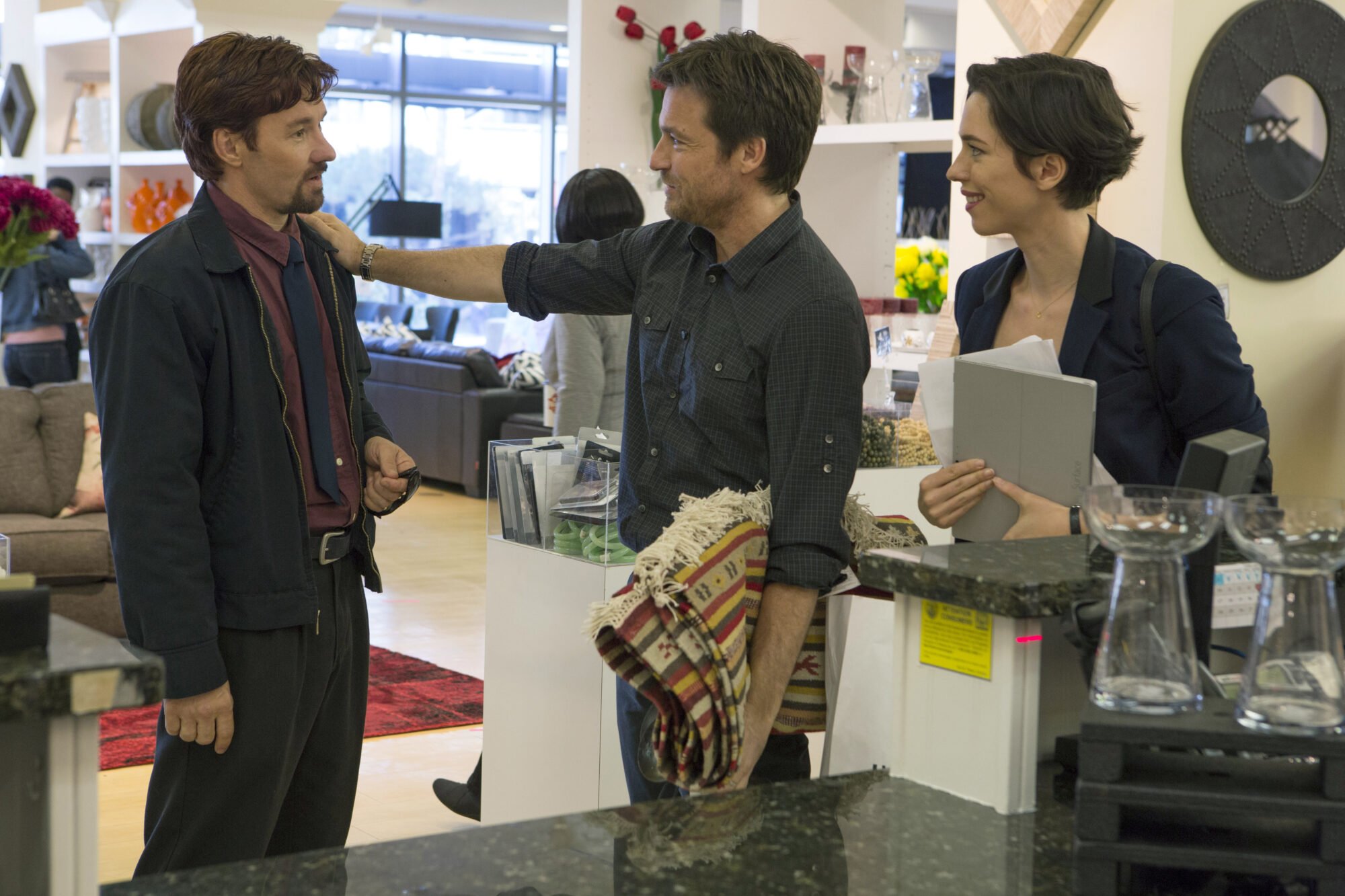 “You may be done with the past, but the past isn’t done with you,” says creepy stalker Gordo (Joel Edgerton) to his nemesis, before condescendingly clarifying, “It’s a saying.” That mixture of menace, hoary cliché, and comic self-awareness typifies The Gift, a thriller of jilted relations redolent of Fatal Attraction and Caché. The target of Gordo’s scorn is Simon (Jason Bateman), an old classmate who returns to his hometown and quickly runs into the strange man, who always seems to be wherever Simon and his wife, Robyn (Rebecca Hall), are. From the outset, the rapport between the two men is cordial but stiff, as if each is afraid the other will divulge details of their shared past.

Naturally, the two do have a fraught history, and Gordo’s initial, overzealous attempts at friendship slowly curdle into something more sinister. This turn of events would be predictable even for those who hadn’t been subjected to the film’s seemingly endless ad campaign, but Edgerton’s directorial debut stands out from your average psychological thriller with its old-school sense of patience. Edgerton unsurprisingly prioritizes the acting above other elements of the frame, and much of the film’s tension is built through glances and awkward gestures, such as the surprised, deflecting bounce of Gordo’s childlike wave when he shows up to Simon and Robyn’s house uninvited, an ambiguous motion that he uses to minimize the discomfort of his sudden appearances. Such gestures, as in an excessively calm tone of voice and the over-extended bow that accompanies the gifting of a present, allow Edgerton to modulate Gordo’s simmering rage, which in turn maintains the film’s steady escalation of unease.

Gordo’s subtly haunting presence also exposes fissures in Simon and Robyn’s relationship, which Bateman and Hall develop as if this were a chamber drama and not a thriller. Bateman brings his smug persona to the fore, and at times he could be auditioning for an English remake of Fassbinder’s Martha, playing a domestic tyrant who hides his domineering nature behind false indulgence, always getting his way with a thin smile and a way of phrasing a command to sound like what Simon wants is what Robyn wanted all along. Hall, stuck with the character who has to stay in the house all day as Gordo grows ever bolder in his intrusions around the property, nonetheless makes the most of her part. Swiftly reduced to a shivering ball of nerves thanks to Gordo’s manipulations and her own mental-health issues, Robyn avoids simply being a victim by gradually transferring her fear of Gordo to her husband, complicating her trembling anxiety with budding resentment of Simon’s deceit.

If Edgerton lets the acting dictate the flow, he also proves a sturdy director. Apart from two fake-out scares placed in close proximity, Edgerton prefers to simply let dread occur organically. He generates suspense via slow tracking movements down hallways, elegant pans that gradually reveal Gordo standing in the background, and shot-reverse patterns of dialogue that stress the suspicious and paranoid pauses passed between speakers. This boilerplate direction is a blessing for a genre increasingly saddled with literal visualizations of madness and frantic, jump-scare cutting, resulting in long takes that focus less on antagonistic actions than the way people respond to them. The Gift’s drama stems from the long-reaching effects of people’s responses to falsehood and manipulation, and the feature would make a fitting double bill with Unfriended as the analog variant of that feature, proof that the capacity of gossip and teenage malice to wreak lifelong havoc long predates the Internet.

Review: Ricki and the Flash