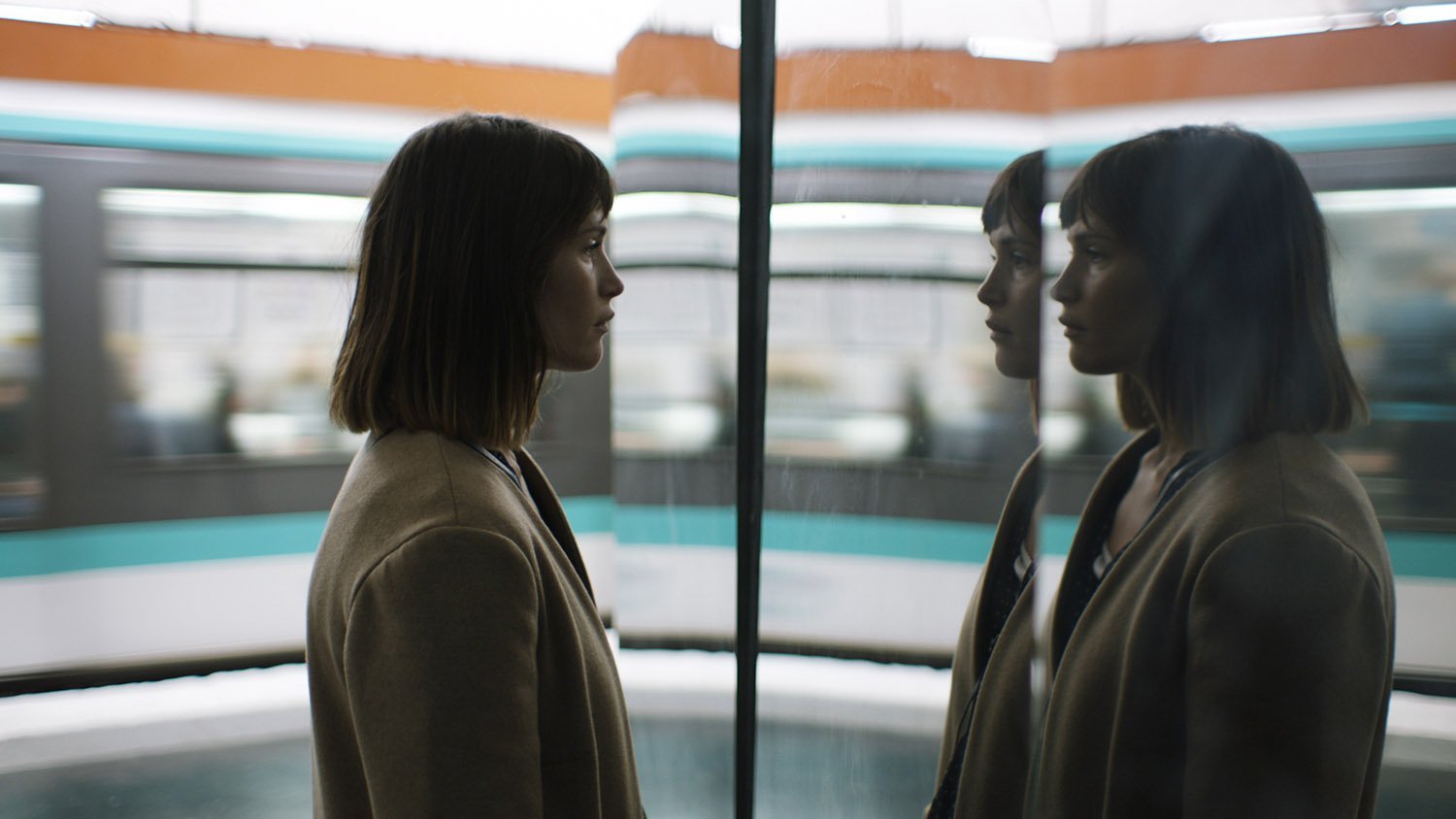 Dominic Savage’s The Escape is a film measured in breaths: a slow sigh in the midst of a breakfast mess; the pained gasps of labored lovemaking; and the sharp gulps, through clenched teeth, of a panic attack. These breaths belong to Tara (Gemma Arterton), a housewife consigned to a London exurb of manicured lawns and new-build housing. There are two cars in the driveway, two children in school, and a white-collar husband, Mark (Dominic Cooper), who comes home late and tired. This is Tara’s life, and her most telling breath comes out a desperate whisper one night in bed: “I’m not happy.”

For Tara’s loved ones, her pain is impossible to understand from the outside. Her mother (Frances Barber) reassures her that it’s a phase—postpartum depression, perhaps—and reminds her that she’s “got it made.” But for us, her pain is impossible not to understand, such is the way that Savage lets us into Tara’s days. It’s in the routine ritual of a supermarket trip, of bags being loaded into cars. And it’s in the clamor of the school run, and the taming of unruly children. The enervating procession of days, all the same, stretches out far in front of her. Her desperation is captured beautifully in shots of an ornamental heart with a hollow middle hanging in a window, white clouds wafting through it, and a thick shag carpet, its nap entangled with Lego bricks.

A day trip to London takes Tara to the Southbank Book Market, where she buys a volume on The Lady and the Unicorn. The ineffable quality of the six tapestries, woven in Flanders in the early 1500s by unknown artisans, is a salve to her soul-sickness. Arterton, with put-upon softness and poise, stunningly articulates her character’s sadness and blooming passion—from the way Tara shuffles through her home, stalled in her skin, to the way a small smile flutters across her face, breaking through the gloom. It’s a relief just to see her out in the light and space of the world, to see parallax shots of the sun pricking through a tree line as a train spirits her away.

Tara weathers her husband’s condescension to her newfound enthusiasm with crushing sadness. Mark isn’t a villainous figure, but he goes about with stifling clumsiness, and a hopeless lack of emotional intelligence. “I just need you to tell me what to do,” he says, following a heated fight in the kitchen. After another such moment, where he snaps at her for spilling a drink, The Escape is never the same. Striding from the kitchen to the bedroom, filling a bag, and walking out the front door, Tara leaves for Paris. The tonal shift is one that’s true to the film’s title, and, for a time, it’s a joy. Gone are the laminate toy-strewn floors, the dreariness of the school classroom, the supermarket parking lot. It feels as if Tara has emerged from a sensory deprivation tank.

Wandering the streets of Paris, Tara slips into a dreamy fugue state, giving a fake name and turning her phone off. The people, the noise of traffic, the sound of leaves in the wind—all accompanied by the plangent piano of Anthony John’s score—become antidotes for the depredation of her spirit. As the narrative thread keeps unspooling, a dangling sense of foreboding is cast over the film. Scenes of hopeful brightness are punctured with apprehension. In one claustrophobic close up, we feel Tara’s nerves turn nitric as she listens to a series of anxious voicemails from home. We know that she must return home, must reconcile and rework her life, and yet she continues drifting. And it’s here that The Escape begins to feel rudderless, uncertain of its destination, as if Tara has escaped the careful confines of Savage’s screenplay, so specific and focused in its first half, and almost adrift in the second.

The Escape’s resolution is as enigmatic as it is sparse. Savage elides the catharsis of reconciliation, the stress of inevitable confrontation. He shows us something else, something liberating and confounding. This is a film steeped in the angst of the mundane. It deals with a very ordinary emergency with deftness of touch, and the power of a singular performance. Whether or not it deals with it responsibly might scratch away at you in the days that follow.

Review: Life of the Party

The Mystery of Screen Acting: An Interview with Author Dan Callahan