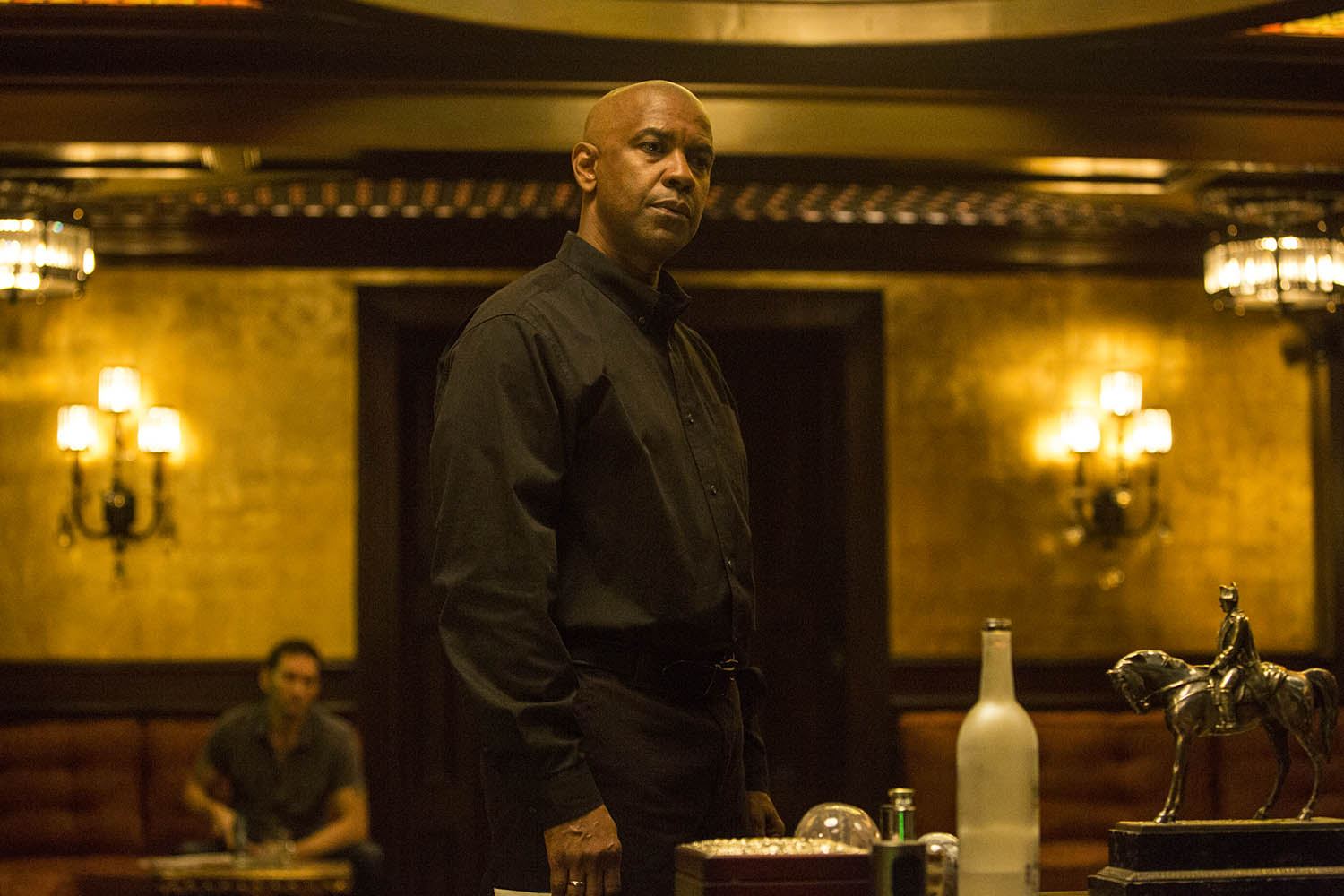 Bob McCall, Denzel Washington’s character in The Equalizer, has overcome a mysterious past. You can tell because he’s ascetic to the point of emptiness, an amalgamation of self-help clichés and routinized habits. By day, he works at the Home Depot stand-in Home Mart, where he offers an aspiring security guard (Johnny Skourtis) weight-loss advice and is liked by everyone, but is a friend to no one. In the evening, McCall broods with the lights off in his handsome East Boston apartment. At bedtime, he folds a teabag into a napkin and takes it to a local diner, where he compulsively arranges his mise-en-place and reads one of those 100 books the Internet tells us we should read before we die. There, he also encourages a young local prostitute, Alina (Chloë Grace Moretz), to “give up that refined sugar.” After she’s beaten up by her Russian mobster boss, McCall begins what feels like one of cinema’s most impersonal campaigns of vengeance.

Once McCall inevitably takes out Alina’s pimp and his henchmen with whatever knives and corkscrews are handy, we learn the obvious: Our widowed hero’s grimly dispatched brand of discipline disguises a secret past as a government badass. Immediately, a few minor crimes bubble up in the narrative, and East Boston becomes Gotham City: Two of McCall’s co-workers become victims of thieves and corrupt cops, and McCall is called to deliver justice upon them every 10 minutes or so. Eventually tying all of these random crimes together is a Russian oligarchy that rules all of Boston. The Russians send a fixer, Teddy (Marton Csokas), to unearth the man disrupting their cash flow. Teddy sneers lines like “duly noted” with an exaggerated menace, and carries himself with an efficient remorselessness reminiscent of Hugo Weaving in the Matrix films.

All this should build up to a moderately engaging battle of wits, but Richard Wenk’s script has little interest in wit and no capacity for psychology. Our hero is a spectral, somnambulant presence. Washington drastically underplays McCall, to the point where he seems vacuumed of any interior life. The character’s relentless discipline is meant to signify cool, but neither director, star, nor script are up to the task. Robbed of his beautiful smirk, the only time Washington shows a spark of life is when he blandly tells a cop not to “disrespect the badge.” Fuqua keeps his camera mostly focused on the actor’s expressionless face, seemingly averse to his modest belly. Unlike their last collaboration, in the tightly edited action film-cum-psychodrama Training Day, the filmmaker struggles to find ways to emphasize Washington’s smarts and charisma. Before McCall takes out multiple victims, Fuqua offers a few quick zooms of their position and weaponry to demonstrate how McCall establishes his plan of attack. You might remember this gimmick from Guy Ritchie’s Sherlock Holmes movies.

Worse, you might think of Home Alone during the film’s climax, set in Home Mart’s playground of DIY weaponry. And set to the kind of gloomy, overwrought industrial rock music usually reserved to amplify trailers, the sequence frequently mixes up predators and prey, and stays too close to the action to take advantage of its novel backdrop. Sanctifying the working-class hero who happens to have a background in special ops, The Equalizer, which is based on the 1980s television series, follows the ugly template of films like Taken and Man on Fire while crassly attempting to relate to its target demographic.