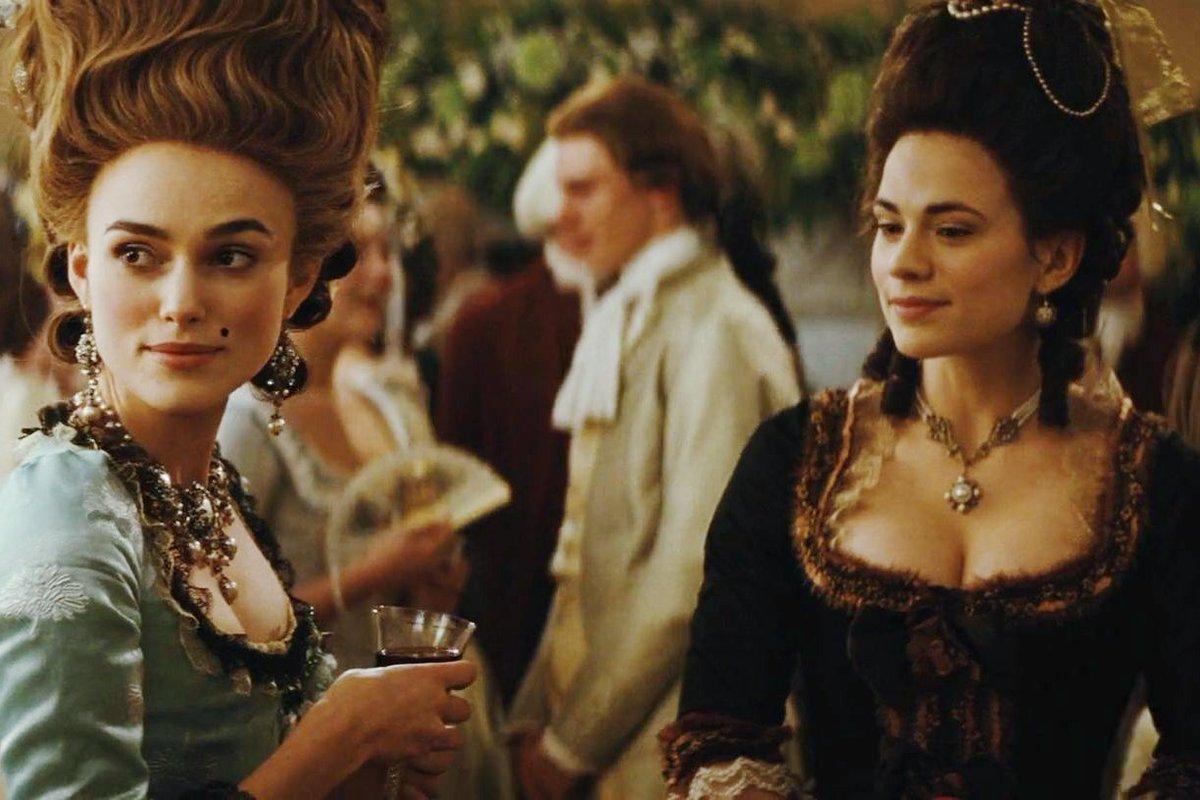 As tepid peruke-and-corset periods go, The Duchess goes down with relative ease. The noblewoman of the title is Georgiana Spencer (Keira Knightley), who at 17 became the Duchess of Devonshire as part of an arrangement between the girl’s mother (steely Charlotte Rampling) and the aloof, powerful Duke of Devonshire (Ralph Fiennes, quietly persuasive). When she gives him a couple of daughters instead of the male heir he seeks, the Duke ignores Georgiana and takes up mistresses; for her part, the Duchess blossoms in British high society and becomes a beloved royal figure, catching the eye of the Earl of Grey (Dominic Cooper) but despairing when her husband takes up with her best friend, Lady Bess Foster (Hayley Atwell). Adapted from Amanda Foreman’s biography, Saul Dibb’s costume drama doesn’t press too hard on the similarities between the heroine and her descendant Princess Diana, and for the most part avoids getting weighted down by the marble floors and golden chandeliers of 18th-century British courts. As the camera stays prudently on the outside of both monarchic realpolitik and bedroom upheavals, however, its tastefulness quickly becomes its most limiting facet. The most pleasing surprise is Knightley, whose impeccably groomed petulance sank into the frostiness of Atonement but who here makes Georgiana an affecting mix of fashion plate, ballroom wit and covert tragedienne. Physically wrong for the period—her toothpick torso certainly doesn’t come from the 1770s—Knightley is nevertheless alert to her character’s growing understanding of femininity as an outlet of expression and rebellion, and for the first time the actress’s porcelain cheekbones become flushed with emotion. The performance is unfortunately shortchanged by Dibb, who, determined to end on an uplifting note, slams on the breaks long before the heroine enters her more bitter (and more interesting) years. Deprived of elements that might have given its powdered wig some darker roots, The Duchess feels rarefied next to Marie Antoinette, a more inventive chronicle of a young woman navigating personal freedom and historical determinism.