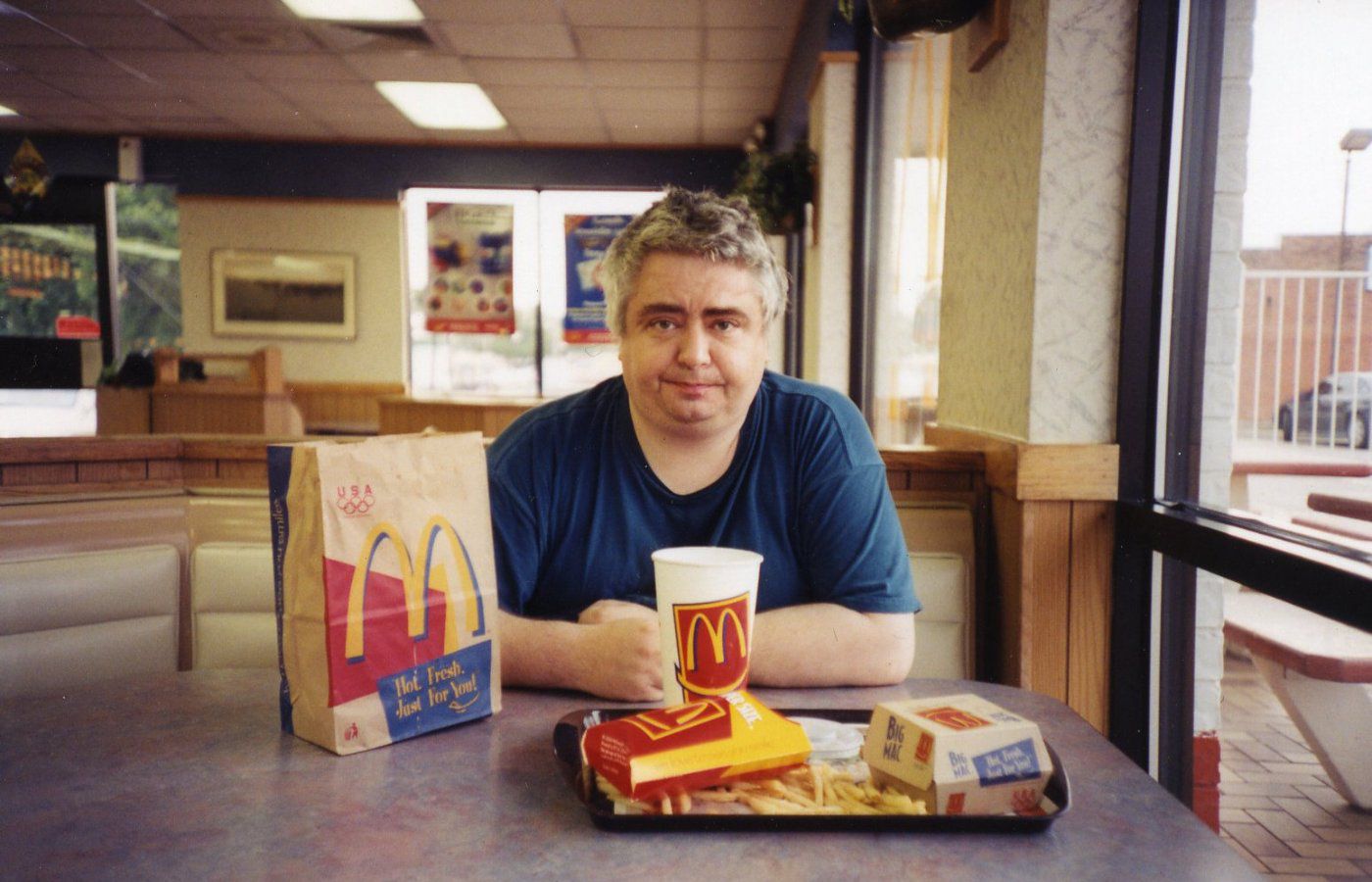 Some 20 years ago, Daniel Johnston wanted his MTV…and got it. Shortly after appearing in a TV spot covering the music scene in Austin, Texas, a young Johnston suffered a mental collapse many saw coming, but in spite of the demons that have haunted him since, he’s continued to make great, uncompromising music, which has been covered by the likes of Beck and Pearl Jam and garnered him a considerable cult following all over the world. Johnston, like Klaus Nomi and Robert Crumb before him, is often called an “outsider artist,” a label one of the subjects from Jeff Feuerzeig’s The Devil and Daniel Johnston shuns. But Feurzeig’s documentary understands—like Andrew Horn’s The Nomi Song—that there are people like Johnston who don’t seem to occupy the same world as the rest of us. Patti Smith might say that Johnston, like Nomi, hails from “a place called space”: Today, Johnston’s femmy singing voice is almost impossible to listen to (he sounds like Horatio Sanz covering Jimmy Fallon songs), but as a young adult—when he looked an awful lot like Jeremy Sisto (whose character on Six Feet Under, coincidentally, plays a manic depressive)—Johnston’s remarkable lyrics evoke someone seriously in touch with some sort of other side. If Nomi’s homosexuality and impossible falsetto more or less explained the deceased avant-gardist’s obsession with alien worlds more welcoming than this own, Johnston’s strict fundamentalist upbringing seems to partially explain his obsession with the devil and demons. Except Devil and Daniel Johnston isn’t so much about the nature of Johnston’s madness as it is about the way the people in the man’s life have learned to deal with his madness. Feuerzeig is clearly indebted to the visual style of Errol Morris (one image, in which Johnston’s massive collection of audiocassettes is amassed into the shape of a heart, recalls the awesome spinning dice bit from A Brief History of Time), but Devil and Daniel Johsnton doesn’t work as hard as Morris’s Fast, Cheap & Out of Control to piece its parts together. A sensitive, often heartbreaking mix of talking heads and archival sounds and images (you get a sense real quick that there wasn’t a moment from Johnston’s life that hasn’t been recorded), the hagiographic Devil and Daniel Johnston is a compelling and obsessive humanization of an American eccentric.

Review: South of the Clouds