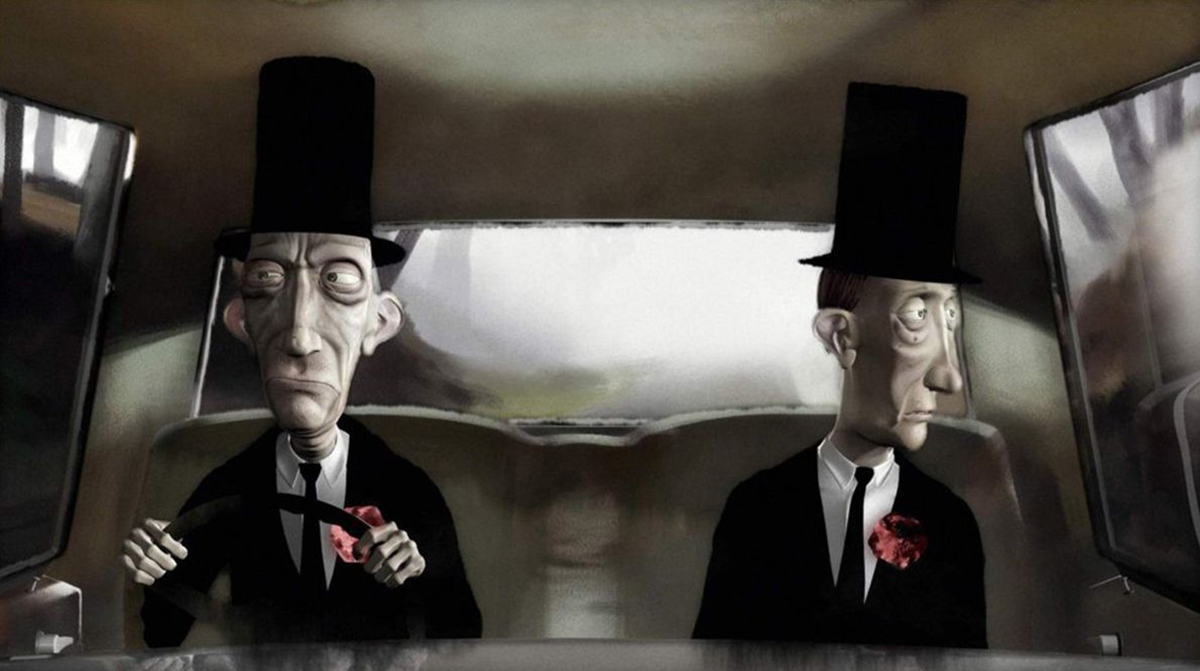 Started in 2003 by animators Mike Judge and Don Hertzfeldt, The Animation Show was originally conceived as a small-scale touring show designed to display new works from established and up-and-coming animators. Since then, the show, now in its fourth year, has expanded in scale (it has so far opened in over 30 locations with more to come), if not in ambition. Animation Show programs have always been a bit of a mixed bag, but this year’s slate is the most uneven yet. Part of the reason may be the lack of a new film from Hertzfeldt. His works, which include the Oscar-nominated Rejected and the small masterpiece Everything Will Be OK, have consistently been the shows’ strongest entries—the funniest, the most experimental, the most profound—and his presence helped keep the submissions balanced somewhere between entertainment and art. With Hertzfeldt gone, the focus seems to have shifted to snarky, quirky humor. There are a few winners here: Georges Schwizgebel’s Jeu is a lovely, abstract look at the function of art; Dave Carter’s Psychotown series is goofy but genuinely funny; and Matthew Walker’s Operator and John and Karen are as close as Animation Show 4 gets to Hertzfeldt’s artful examinations of human concerns. But the misses largely outweigh the hits, and if the future of animation is represented by shorts like Corky Quakenbush’s hideous and stupid Yompi the Crotch-Biting Sloup or the grotesque and pointlessly violent work of France’s Gobelins School of Animation, it’s going to be a long time before the art form is treated with the respect that Animation Show’s creators think it deserves.

San Francisco Silent Film Festival 2008: A Series of Introductions, A Question of Communion