As in pop culture at large, the dominating obsession of the current horror film is class, which suggests that the genre is returning to the confrontational textures of its 1970s-era brethren. But there are striking differences between horror films of the ‘70s and the present, as the former were often gritty and grimy, while the latter tend to be slicker and more pop-friendly, rendering their satire and outrageousness more consumable. There’s a trade-off here, as the pop political horror film is more likely to be seen immediately, rather than gaining in cult stature decades later. But when political talking points become too consumable, do they become another form of trope, a kind of thematic wallpaper? There isn’t an easy answer.

Whether you love his work or feel that critics have elevated him to master rank prematurely, Jordan Peele is undeniably the horror filmmaker of the moment. Two films into his career, the Peele style is already cemented, as Get Out and Us mix high concepts, political protest, comedy, and traditional horror set pieces with a propulsive, meme-ready intensity. The central concept of Us, of subterranean people who indict the capitalist guilt of people who aren’t at the top of the food chain but merely go along with the status quo, was in the air this year and will probably continue to command filmmakers’ imaginations.

Peele’s theme of hidden geographies and histories (a riff on Bernard Rose’s Candyman, to which Peele is currently producing a sequel) is similar to the premise of Bong Joon-ho’s Parasite, and to several of the films on this list, which pivot on notions of doubles, imposters, cults, covens, and other secret monsters that are empowered by blissful ignorance and complacency. There were also callbacks, of course, in which filmmakers looked to past classics in the genre, connecting legendary stories with contemporary contexts. And then there was Robert Eggers’s The Lighthouse, which channels Herman Melville and H.P. Lovecraft but still manages to exist on its own wavelength, astonishingly refusing to make any entirely digestible point. It embodied the chaos that many of these other films are trying to process. Chuck Bowen 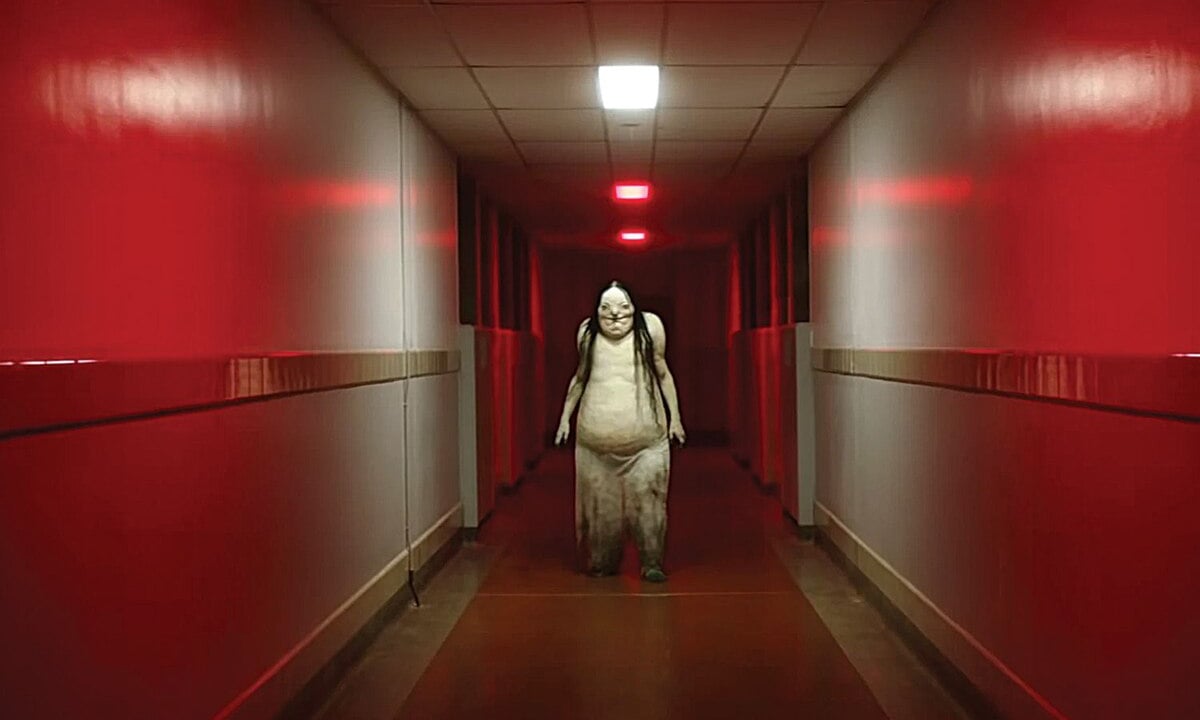 10. Scary Stories to Tell in the Dark

Alvin Schwartz’s Scary Stories to Tell in the Dark books are full of horror stories taken from folklore and presented like fairy tales. This film adaptation retains the archetypal settings but opens up the emotional and psychological lives of its heroes and villains. Like the recent Ma, Scary Stories is about how the abused can become abusers, seeming to appeal to bullies through self-interest. But Scary Stories also offers its victim-victimizer a chance to break the cycle, through storytelling—by rewriting her narrative. The kid-killing Sarah Bellows came to see herself as village gossip described her, the same way Stella (Zoe Margaret Colletti) blames herself, based on small-town whisperings, for her mother’s leaving her and her father (an effectively sadsack Dean Norris). This, the film argues, is the power that unreclaimed stories have: if not literally to kill us, then to destroy us inside. Henry Sewart 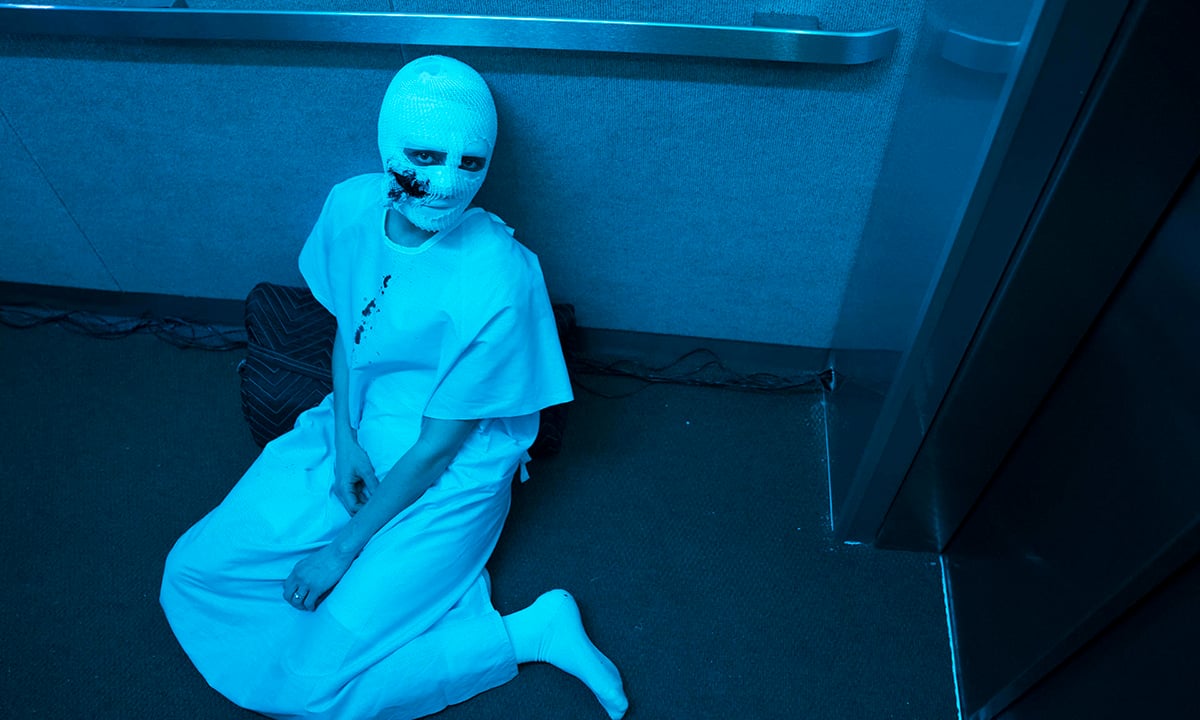 The anthology film Nightmare Cinema is generally of a higher caliber than Masters of Horror, and particularly of Fear Itself. The film starts almost in medias res, with Alejandro Brugués’s “The Thing in the Woods” approximating the third act of a slasher movie with style, energy, and a flair for macabre humor. Also of note is Joe Dante’s even more deranged “Mirari.” Anna (Zarah Mahler) is about to marry a handsome man (Mark Grossman) who manipulates her into undergoing plastic surgery so that she may live up to the ideal set by his mother. And the joke, a good one that recalls a famous episode of The Twilight Zone, is that Anna is already quite beautiful, though tormented by a scar running down her face. The plastic surgeon is Mirari (Richard Chamberlain), who turns out to be the orchestrator of a surreal asylum of horrors. Chamberlain is pitched perfectly over the top, lampooning his own past as a pretty boy, and Dante’s direction is loose and spry—authentically channeling the spirit of his best work. Bowen 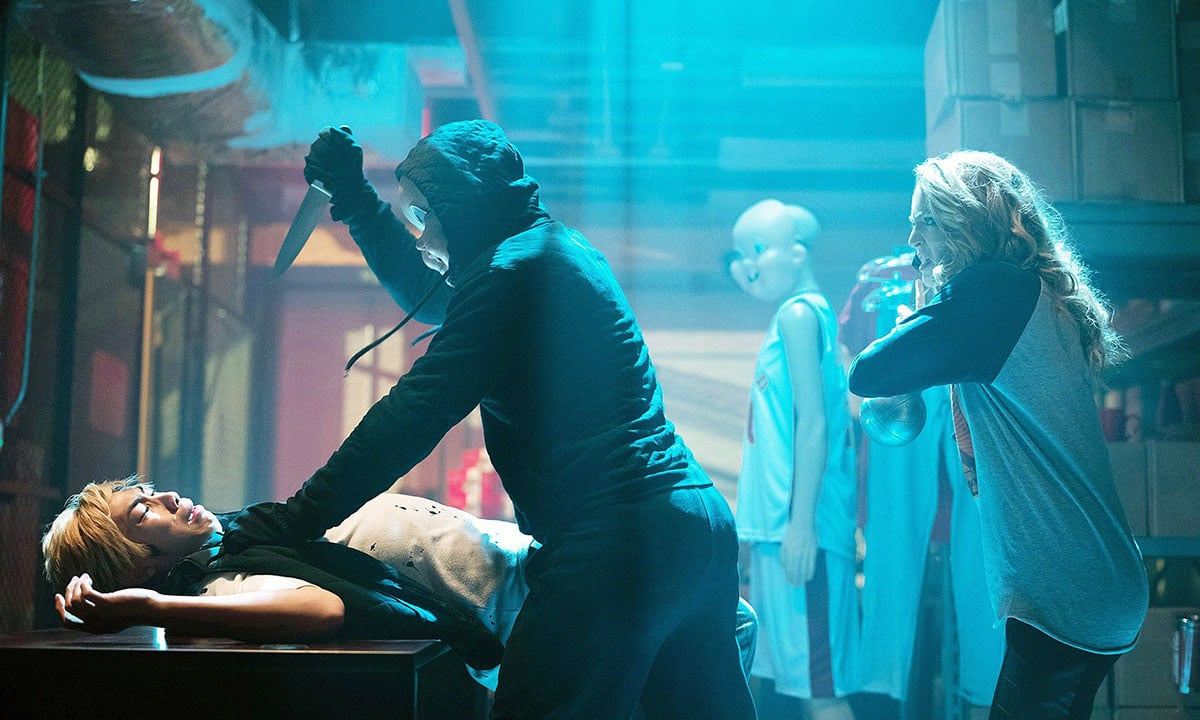 In Christopher Landon’s Happy Dath Day 2U, Tree (Jessica Rothe) is faced with what seems to be a better version of her life, in which her foundational trauma—her mother’s death—has been undone. She’s tempted to choose this new life over her own, to settle for the familiar rather than risk the unknown, to reclaim lost maternal comforts even if it means not taking the chance to discover the potentially greater pleasures of her possible and unknown futures. She has to do the hard work of realizing that the pain we face helps make us who we are, and that the only way through grief is by moving past it, not digging deeper into it. The best genre fiction amplifies mundane themes. Love stories, for example, can be elevated when the stakes are prompted by more than just heartbreak. But Happy Dath Day 2U pushes further than even matters of life and death into a realm in which stakes don’t even really apply anymore, concerned as it is not with how we live our best lives, but with how we can be the best possible versions of ourselves. Stewart 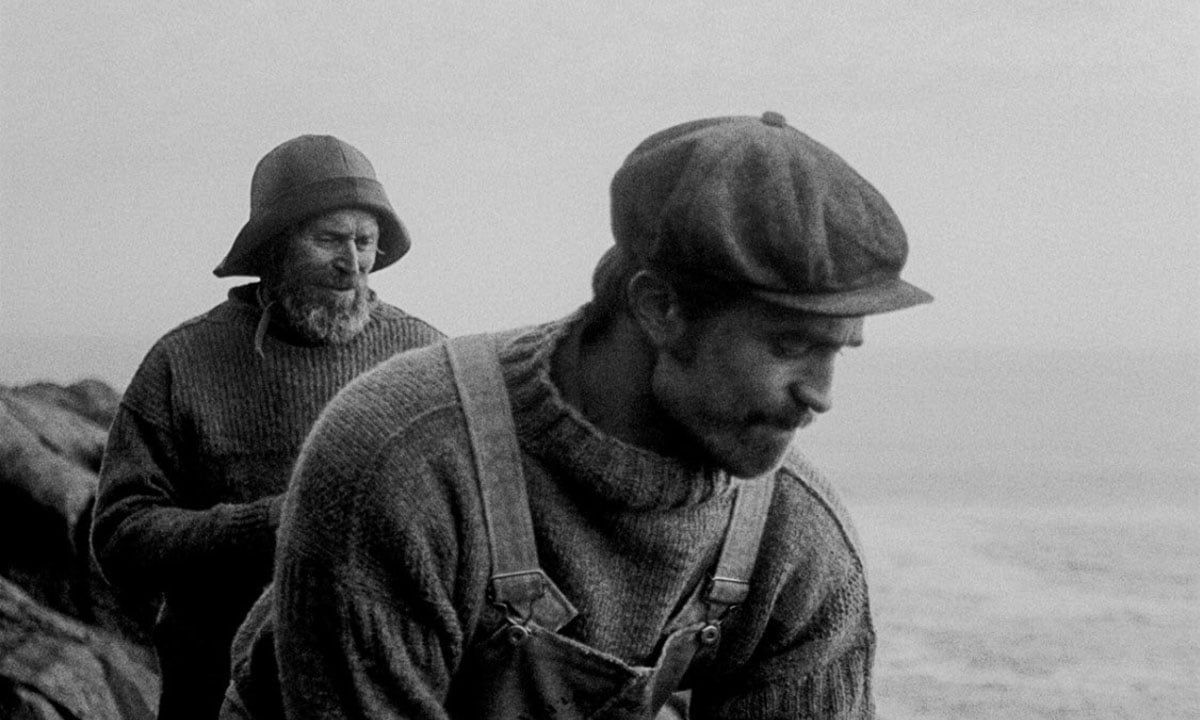 Set in 1890s New England, The Lighthouse finds Robert Eggers again mining the past for an air of mythic portent but loosening the noose of veracity that choked his meticulously researched yet painfully self-serious debut just enough to allow for so much absurdism to peek through. From the moment that lighthouse keepers Thomas Wake (Willem Dafoe), an experienced old “wickie” with a shuffling gait and a hair-trigger temper, and Ephraim Winslow (Robert Pattinson), his handlebar mustache-sporting assistant, set foot on the tiny island where they’re to spend the next four weeks, they start to get on each other’s nerves. Wake is a slave driver who’s said to have made his last assistant go crazy, and who ignores any and all regulations, while Winslow, who’s on his first assignment as a lighthouse keeper, refuses to drink and be merry with Wake, which causes its own problems. Before long, the two men kick into motion a game of one-upmanship, a raising of the stakes to see who will be the first to drive the other to madness—with flatulence and horniness among the many, many factors fueling that pursuit. Sam C. Mac 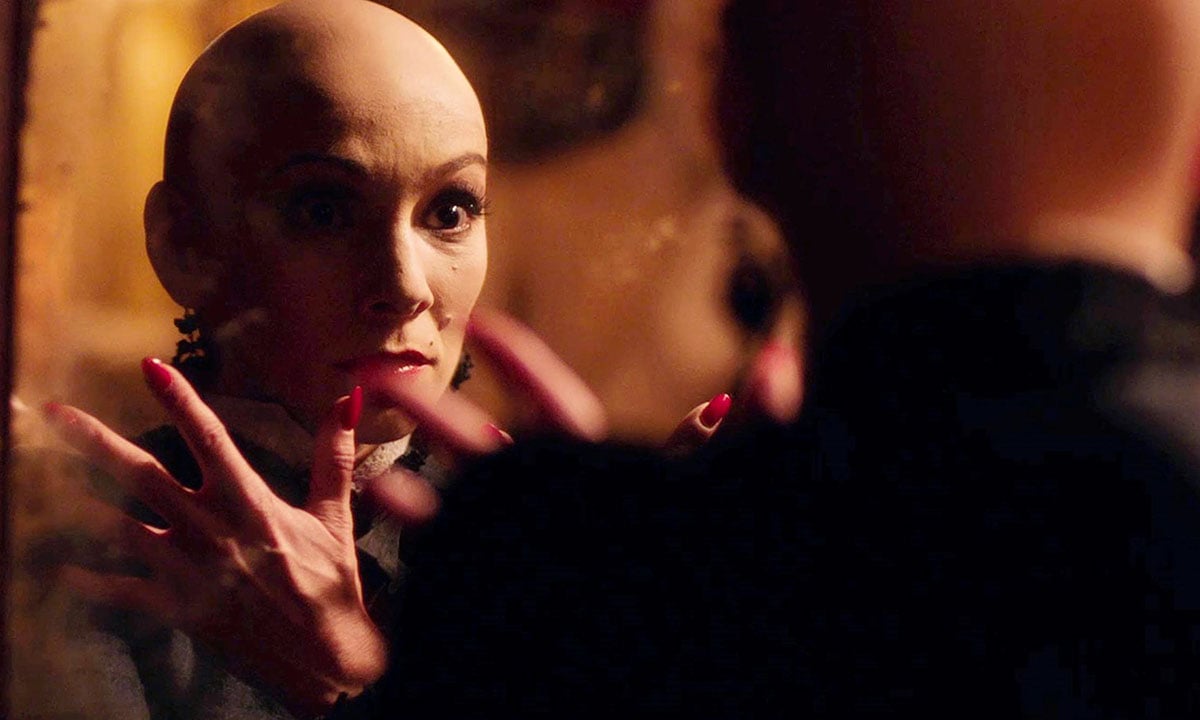 Peter Strickland’s films are fetish objects that rue the perils of fetishism. The British filmmaker’s characters are walled off from others, channeling their longing into various acts of aestheticism, which parallels his own obsession with emulating the stylistics of the giallo, softcore pornography, and classic European chamber dramas. In Fabric finds Strickland doubling down on these qualities, mounting a gorgeous and lonely horror film that expresses emotion via a series of increasingly abstract motifs. Strickland allows his dreamy atmosphere to take over the film, as the characters are eaten alive by their hungers and uncertainties, though this free-floating reverie has a moralistic streak. Bowen 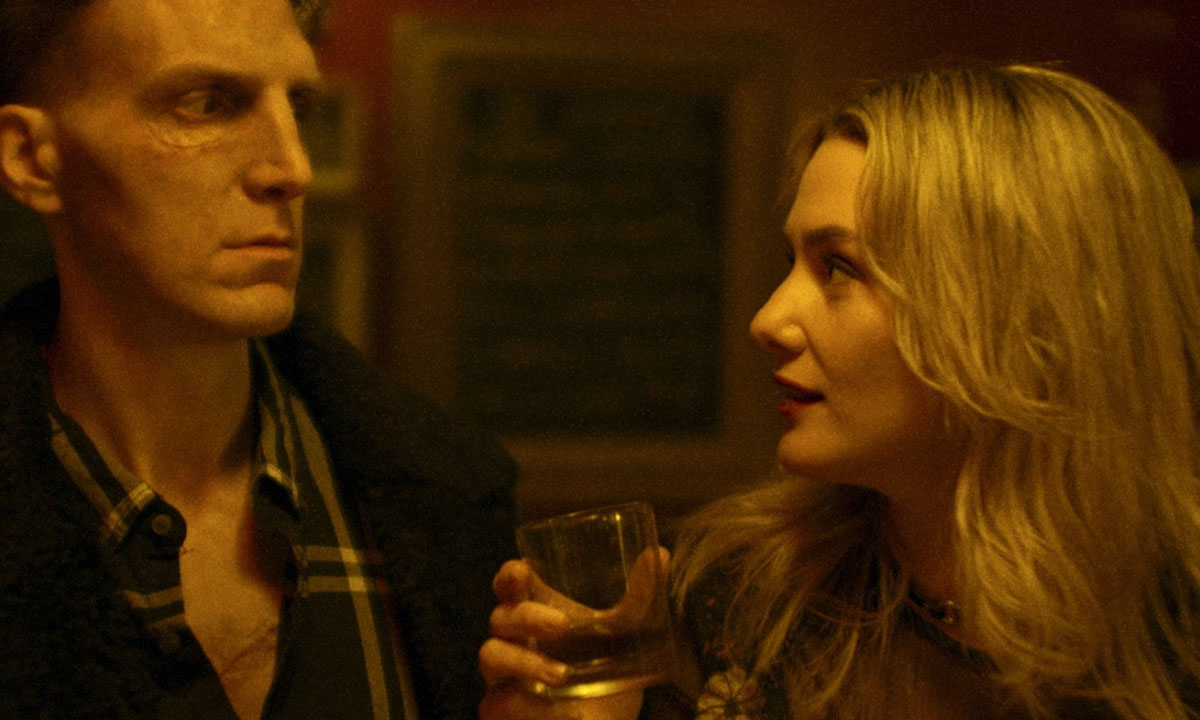 What does a Frankenstein figure look like in 2019? According to Larry Fessenden’s Depraved, he’s a guy with war-addled, once-noble intentions set adrift by male ego and shady benefactors. He’s a white man grasping for control in a world coming apart, a cog in a machine who hasn’t broken free so much as changed the machine’s function—from that of war to that of the pharmaceutical industry. The film, Fessenden’s first feature as both writer and director since 2006’s The Last Winter, paints multiple psychological portraits that are sad, angry, and strangely beautiful. It shows us the mind of not just PTSD-afflicted field surgeon Henry (David Call), but also that of his prototypical sewn-together “monster,” Adam (Alex Breaux), and his assistant and Big Pharma bankroller, Polidori (Joshua Leonard). The filmmaker diagnoses the rot of our era through these solipsistic men that pour their prejudices and their insecurities into Adam, an open book eventually read back to its authors with a violence they cultivated themselves. Steven Scaife 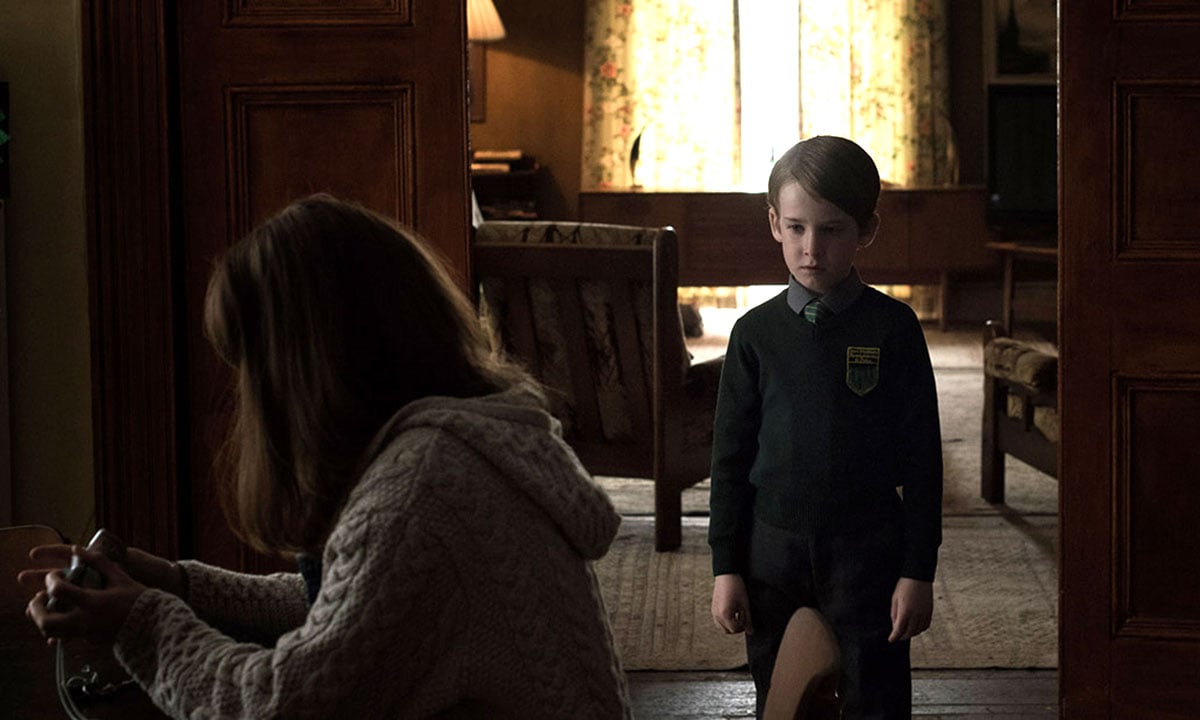 4. The Hole in the Ground

Quite a bit of the fun of The Hole in the Ground resides in guessing how Lee Cronin’s shopworn signifiers fit together, as he offers a smorgasbord of portentous elements that include a crone by the roadside, the aforementioned hole and the woods, a pointed reference to Sarah’s (Seána Kerslake) medication, and Chris’s (James Quinn Markey) newfound sense of inhuman formality. There’s also, of course, a past atrocity that haunts Sarah and Chris’s new residence. Yet the film gradually becomes something more than a mixtape of horror gimmicks, as it homes in on a frightening real-world subtext. Chris’s changing behaviors, which include chillingly crawling on the floor of his room like an animal and eating a large spider, are rooted in the distance that comes between Sarah and Chris after they leave Sarah’s abusive husband. There’s an unspoken sense that Sarah’s arising revulsion with her son may be rooted in how he reminds her of his father, and there’s a particularly moving scene where we see Sarah’s disgust with Chris as he eats spaghetti, which Cronin frames in a cruelly unflattering close-up. Bowen 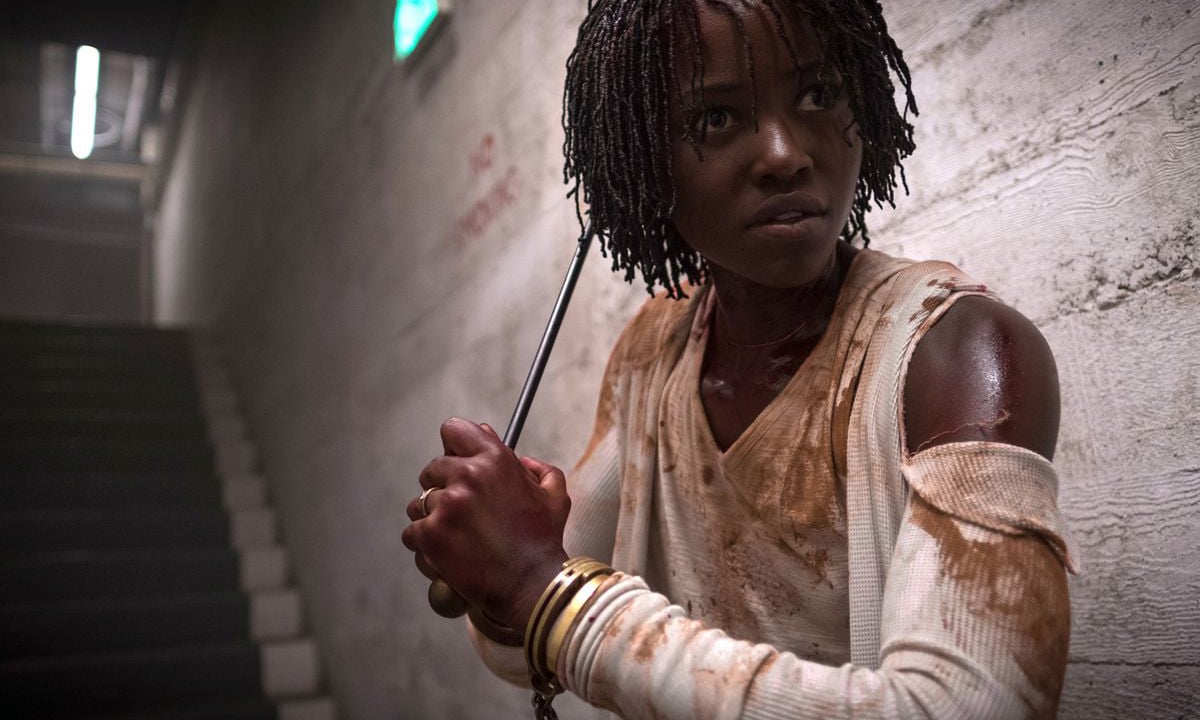 Jordan Peele’s Us suggests C.H.U.D. for the Trump era. Even though it’s not as tidily satisfying as Get Out, it’s both darker and more ambitious, and broader in its themes. This film’s African-American characters also come under assault not in the inner cities of the white imagination, but in supposedly safer upper-class suburban spaces. But Us also moves past such racial themes. The shadow vengeance meted upon the Wilsons is in fact a plague, and it’s one that touches every family in Peele’s film. In Us, Peele is less concerned with blackness than he is economics, as the howling, homicidal doubles that torment the Wilsons represent an avenging under class. “What are you people?” Gabe (Winston Duke) asks when the terror begins. “We’re Americans!” his wife’s double (Lupita Nyong’o) hisses. It’s tempting to read these Americans as the embittered Trump base, rising up to destroy the false idyll that was the comfort—for some, at least—of the American status quo. Stewart 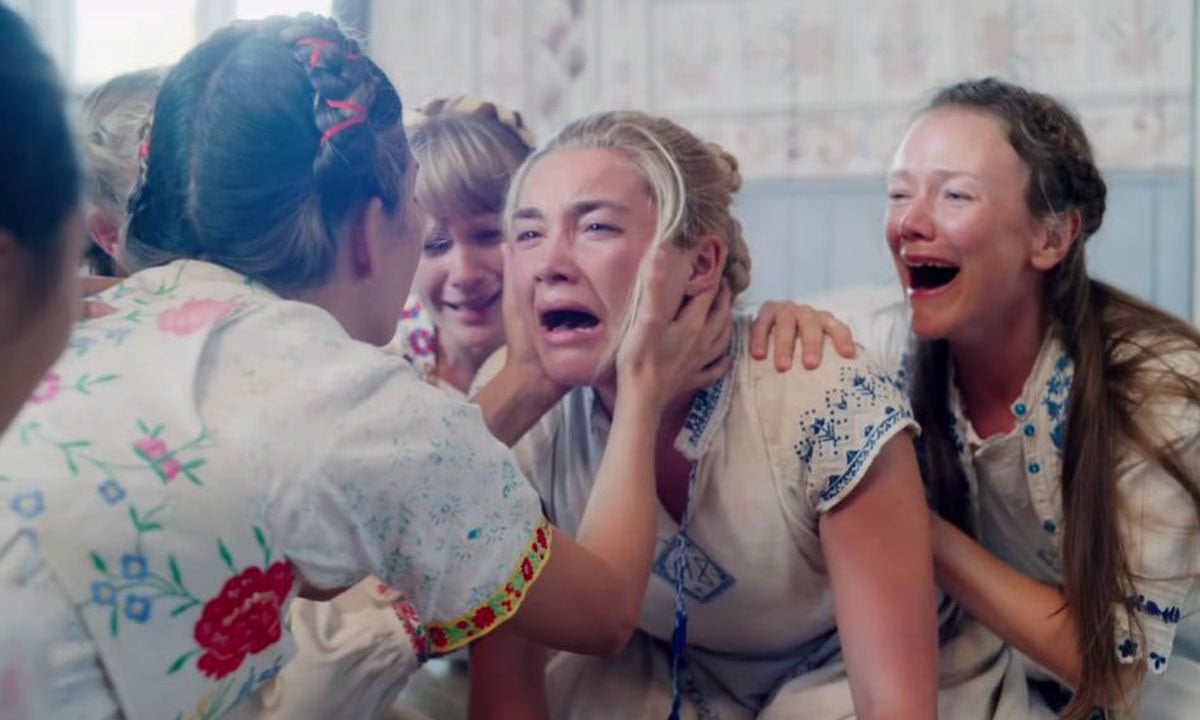 Anybody who’s seen Robin Hardy’s The Wicker Man or similar folk horror films will hardly be surprised by any of the plot turns in Ari Aster’s Midsommar. From early on, there’s no doubt that the pagan rituals at the film’s center will spell doom for the group of friends who visit rural Sweden in a quasi-anthropological attempt to observe a cult’s summer solstice festival. The film masterfully builds itself around the inevitability of a mass terror, aligning our foreknowledge of that with the anxiety felt by the main character, Dani (Florence Pugh), in the wake of a recent family tragedy. The result is a deeply unnerving film about the indissoluble, somehow archaic bond between self and family—one more psychologically robust than Aster’s similarly themed Hereditary. And it’s also very funny. Pat Brown 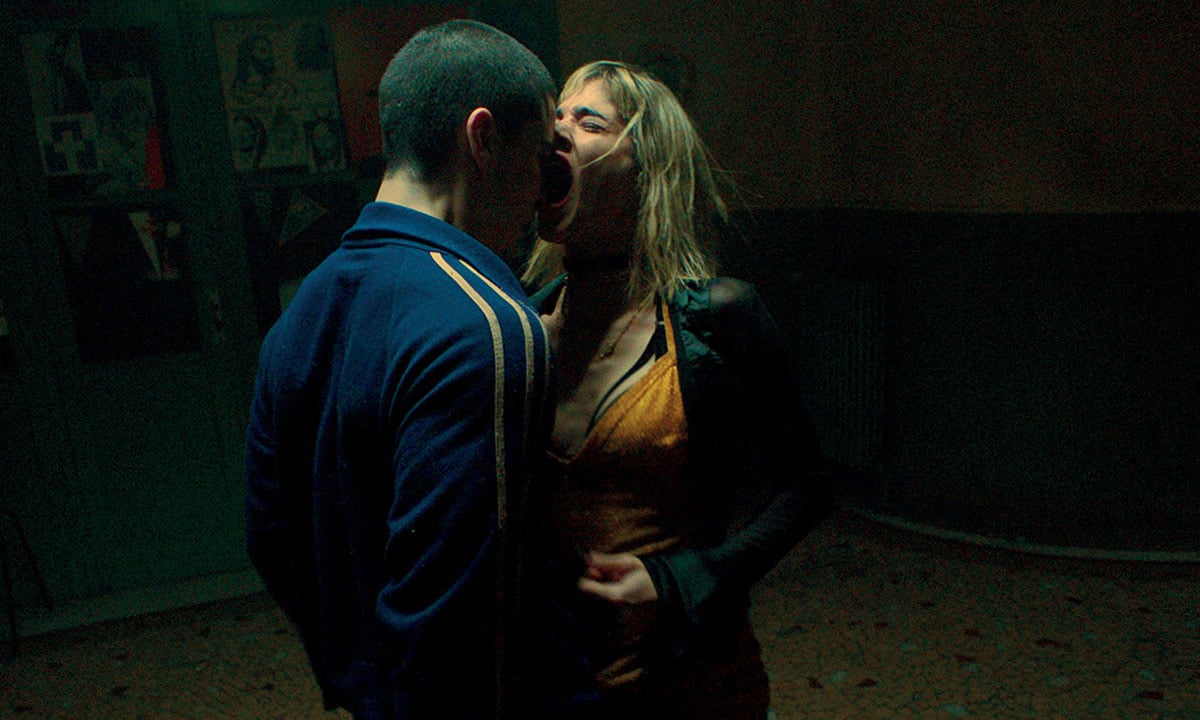 Gaspar Noé’s Climax reminds us how pleasurable it can be when a filmmaker essentially discards plot for the sake of unhinged formalism. The film works on two levels, as it’s a celebration of body and movement, featuring astonishing and painful-looking choreography, as well as an examination of the sexual resentment that drives a mixed-race dancing troupe. In early passages, actors more or less speak to the camera, a device that suggests a blunt clearing of the air. Later, when the dancers succumb to the effects of LSD-spiked sangria, Climax becomes a brilliant fever dream, an orgy of raw, flamboyantly colored psychosis that’s truer to the spirit of Dario Argento’s Suspiria than Luca Guadignino’s recent remake. Above all else, Climax feels pure, as Noé cuts to the root of his obsession with the intersection between sex, violence, and power. It’s a horror musical of hard, beautiful nihilism. Bowen