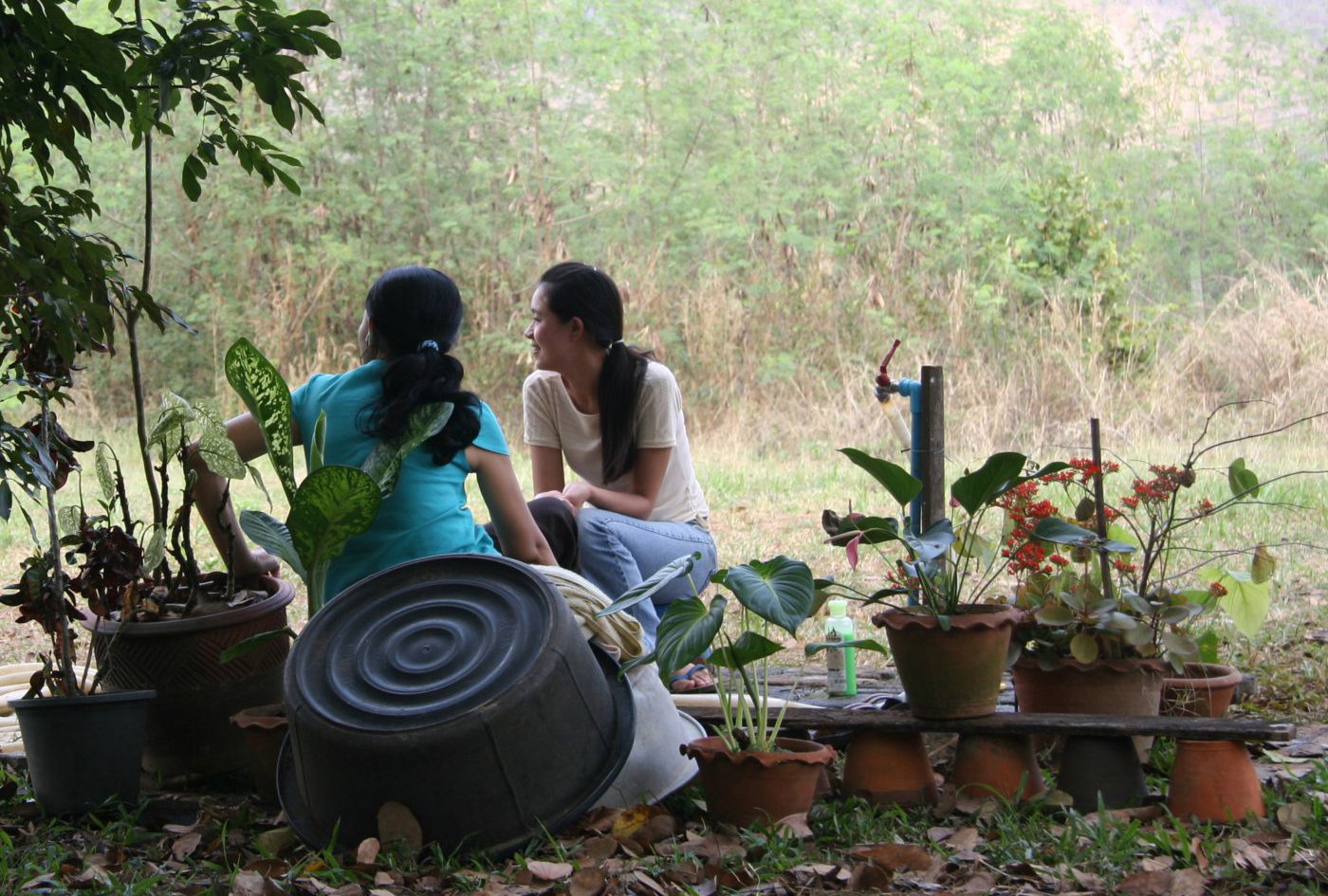 Early in Syndromes and a Century, a gentleman (Sophon Pukanok) tries to acquire a rare wild orchid from a hospital courtyard by stating that most people—whom, it’s implicitly clear, he isn’t aligned with—will find it unpleasant because its tangled roots lack “form and order.” The same wrongheaded criticism might also be leveled at the work of Apichatpong Weerasethakul, as the Thai director’s films doggedly eschew conventional narrative and aesthetic development in favor of a more free-flowing, non-linear atmosphere of mysterious contemplation, one that his latest employs to mesmerizing effect in ruminating on the dialectic between the past and the present, the traditional and the modern, and the rural and the urban. As with last year’s haunting Tropical Malady, Syndromes is a bifurcated affair inspired by the auteur’s own life, though whereas his prior effort hummed with an anxious, sweaty, and intimate sense of erotic desire and dread, here Weerasethakul’s approach is slightly more reserved and detached, a likely outgrowth of his story—more thematically straightforward than anything in his oeuvre—being loosely based on his mother and father’s recollections of premarital events.

With its first half assuming the perspective (and one, might reasonably deduce, the disposition) of his mother and the latter portion that of his father, the film situates itself in a rural 1970s-era hospital and a state-of-the-art contemporary medical facility, respectively, its two narratives boasting variations on similar scenes and images: an interview between mom-surrogate Dr. Toey (Nantarat Sawaddikul) and dad stand-in Dr. Nohng (Jaruchai Iamaram), scenes of exercise classes, and appointments between a dentist (Arkanae Cherkam) and a monk (Sakda Kaewbuadee), the last of which takes place in a terrifyingly white, 2001-ish room. As Weerasethakul also flip-flops these duplicated scenes’ left-right spatial composition, the effect is akin to looking into a reflective mirror that somehow crosses the time-space continuum, his side-by-side storylines interconnected in ways obvious, subtle, and strangely vital, as if they were two halves of the same heart—and, as hinted at in conversation, representations of recent history reincarnated anew. Throughout, Weerasethakul’s mise-en-scène is, predictably, both empathetic and formally breathtaking, his extended, largely static takes exuding a hyper-attention to human behavior and environmental details (especially the tranquil, insect-buzzing silence of the countryside), and his slow, elegant tracking shots exhibiting a pensive grace.

Yet Syndromes also boasts an unanticipated measure of droll, deadpan humor, whether it be the irony of a monk dreaming of being a modern-rock deejay and his dentist aspiring to be a singer of time-honored rural love songs, or the unexpectedness of a doctor pulling a bottle of liquor out of a prosthetic leg. Nonetheless, it’s the film’s belief in the act of remembering as essential and ongoing that remains its most enduring and poignant characteristic. Via his elliptical editing and his tales’ penchant for drifting, on a whim, into flashbacks or visual asides, the director captures the way in which memories subconsciously operate—how they gently blend into one another with little concern for clear-cut sequential arrangement, and how our reminiscences of certain moments in life are often colored by our lucid, almost-tangible recollections of the specific places in which they occurred (hence his frequent cut-aways to empty rooms, hallways, and fields). And thus in this regard, Syndromes functions not only as a loving tribute to the past, but as Weerasethakul’s attempt at experiential preservation—a project naturally in direct opposition to forgetting, hauntingly envisioned as a swirl of smoke inexorably spiraling into the black abyss of a basement’s open ceiling tube.

The Fall and Rise of Marie Dressler

From the Short Stack: David Thomson on Brian De Palma in The New Biographical Dictionary of Film