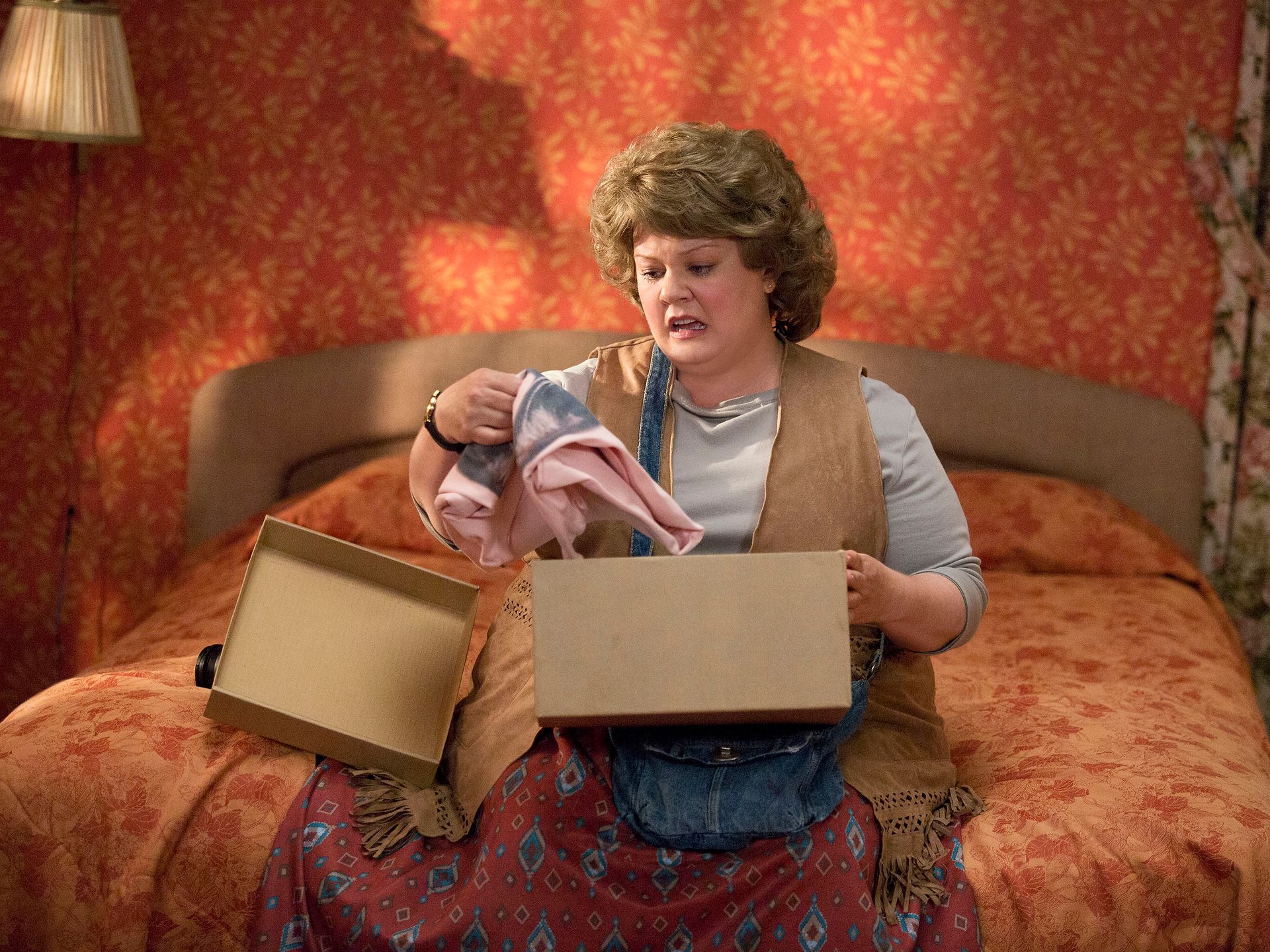 The inclusivity of this Melissa McCarthy showcase leaves plenty of room for the rest of the cast to stretch their comedic legs. And judging by the results, Hollywood has been doing to Miranda Hart, Jason Statham, and Jude Law pretty much what the C.I.A. is doing to McCarthy’s Agent Susan Cooper when Spy begins: typecasting them and seriously underutilizing their talents. Law is gleefully narcissistic as the slick, self-loving Bradley Fine, a cool guy prone to Bond-like moves like leaping onto the screen from the branches of a tree. Statham subverts his own image, turning up his usual scowling intensity just enough to tip over into comic petulance as a macho agent with a dangerously short fuse who tells increasingly impossible tales about the hardships he’s endured on the job, like claiming that one of his arms was ripped off and he sewed it back on with the other. And as Susan’s loyal friend and fellow agent, Linda, Hart radiates a slightly goofy sincerity and unstinting enthusiasm that makes her character laughable yet enormously likeable.

Writer-director Paul Feig (Bridesmaids) has always understood the importance of female friendship. He keeps the focus on this one as Linda shores Susan up on the job as well as over drinks after work. And Susan needs shoring up, at least at first, because her confidence has been systematically undermined by Fine. Using her resoundingly unrequited, painfully obvious crush on him as leverage, he delegated the former red-hot recruit to the C.I.A. basement from which she directs his actions long-distance, reduced to being the voice in his earbud while he does his glamorous, field-agent shtick. As a result, when Fine is killed in action and Susan volunteers to go into the field to complete his mission, even her boss (a nicely flinty Allison Janney) is shocked to learn that she just might have what it takes.

The overly complicated plot drags down the film, and some of the jokes, like the one about how rodent-ridden Susan’s old workplace is, are driven pretty far into the ground. But most of the gags land deftly enough, and Susan’s initial klutzy self-consciousness provides plenty of outlets for McCarthy’s deft physical comedy, like when Susan commandeers a motorcycle to use in a chase, early on in her time in the field, only to dump it the moment she gets on. Most of the fight scenes are also ridiculous (Susan gets in a to-the-death battle with a female opponent that’s fought entirely with kitchen utensils), and even the most straight-faced action sequence ends in a punch line. The opening sequence sets the tone as Fine fights his way through the usual action-movie cascade of armed guards to confront their bad-guy boss alone in a room—and then shoots him to death by mistake.

The girl-power angle is enough of a twist to make the spy spoof feel newish. Even the bad guy is a woman, played by Rose Byrne with glorious bitchiness and ludicrously big hair. The way the film treats McCarthy’s size is also unusual enough to be refreshing. Time and again, the people who make disparaging assumptions about her or overlook her altogether because of the way she looks wind up on the losing end as Susan sheds her mousy need for approval to gain the glorious, mouthy confidence that is McCarthy’s trademark.