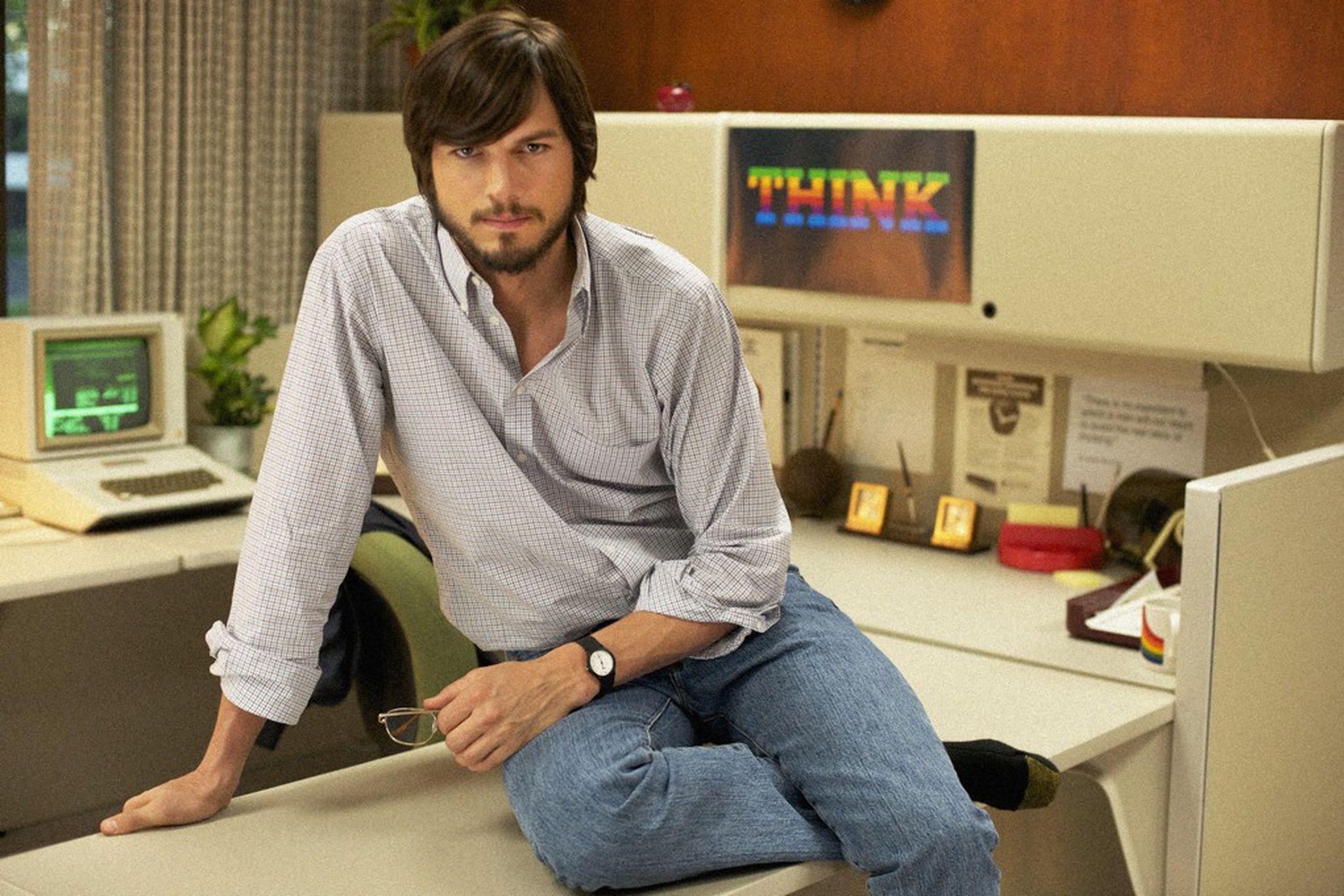 Director Joshua Michael Stern’s Jobs tells the story of revered Apple CEO Steve Jobs with a wearying conventionality. The film begins with an iconic moment: Jobs (Ashton Kutcher) unveiling the first iPod to Apple employees in 2001. The music swells and his eyes glitter with pride as he’s treated to a raucous standing ovation, a god among men. The scene essentially serves as a visual metaphor for what the rest of the film will be: one long, overly enthusiastic standing ovation.

We suddenly flash back to Jobs’s college days in 1974, and from there first-time screenwriter Matt Whiteley’s script begins its relatively straightforward course. It chronicles Apple’s beginnings as a small basement-run startup, to the development of the seminal Lisa and Macintosh computers, to Jobs’s departure from the company, to his triumphant return in 1997. Each milestone is presented with the speed and impersonality of a Foxconn assembly line, with no moment’s import allowed to sink in.

Surprisingly, Kutcher shines in spite of the rapid-fire storytelling. The actor manages to disappear into the role, nailing down the CEO’s hunched-over walk, gestures, and, to a certain extent, even the sound and cadence of his voice. It’s unfortunate, then, that this vividly realized portrayal of Jobs must interact constantly with one-dimensional supporting characters whose singular purpose is to tell Jobs that his hair-brained schemes are impossible so that he, genius that he is, can prove them wrong.

The movie regards Jobs with a one-note tone of extreme reverence, though brief moments do arise where less admirable aspects of the entrepreneur are displayed: he refuses to acknowledge the daughter a past fling insists is his; shadily underpays partner Steve Wozniak (Josh Gad) to help him finish an important project; and parks in a handicap-only spot. Also, there are several instances where he yells loudly at employees. Still, the movie mostly forgives Jobs his trespasses by presenting these flashes of unpleasantness as quirks rather than personal failings. He’s difficult because he’s brilliant, the movie insists. He may work his employees to the bone, but he also gives them inspirational speeches that breed a sort of religious fervor among them that falls just short of dancing and speaking in tongues. He’s an asshole because that’s just how geniuses are.

Given the amount of the public information available about Jobs, the film feels like a lazy exploration into his life: a Wikipedia page in cinematic form. By focusing too much on the inspirational elements of the man’s life and career and merely glossing over the less flattering stuff, jOBS ultimately becomes a Disney-fied act of hero worship.