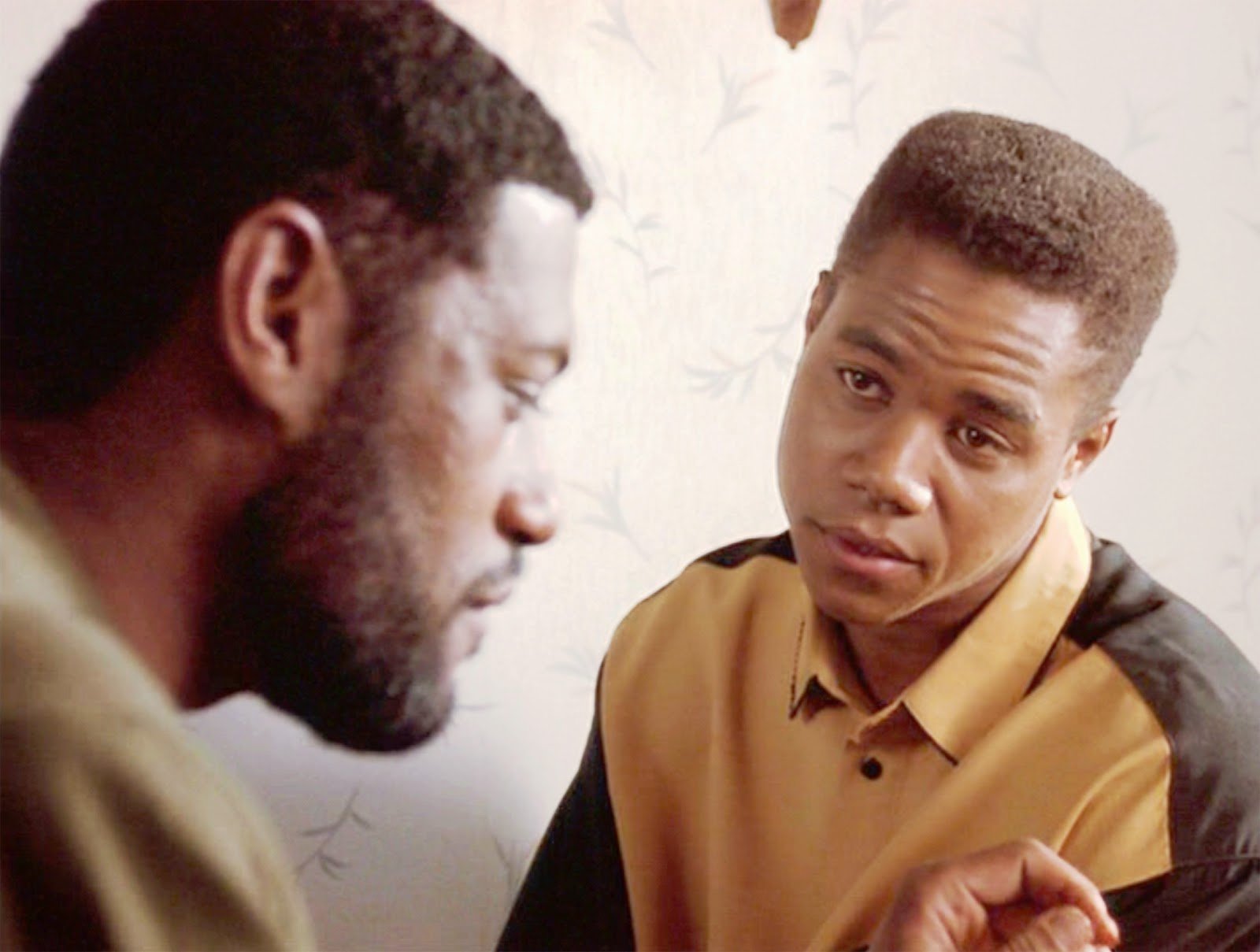 The idea behind John Singleton’s Boyz n the Hood was simple enough: to translate the reality of “hood life” to film in much the same way that the Eazy-E song of the same name did to music. But while Eazy-E and the rest of his N.W.A. compatriots’ penchant for juvenile jokes and hell-raising—best exhibited by their infamous music videos for “Gangsta Gangsta” and “Straight Outta Compton”—helped catapult them to worldwide fame, such antics limited the appeal of their social commentary. John Singleton took similar concerns and tried to reach out to a broader audience by creating a conventional, self-serious melodrama that reveals the daily life of a Los Angeles kid learning, true to the lyrics of the Ice Cube single that led the film’s soundtrack, “how to survive in South Central.”

That kid is Tre Styles (Cuba Gooding Jr. in his breakout role), a troubled 10-year-old being raised by his divorced mother, Reva (Angela Bassett). At the film’s outset, he’s shuttled from one part of South Central to another to live with his father, Furious (Laurence Fishburne), after getting into a schoolyard brawl. There, he meets up with his old friends, half-brothers Doughboy (Ice Cube) and Ricky (Morris Chestnut). Within 24 hours, Tre witnesses his father shoot at an armed robber, his friends disturb a rotting corpse, and the cops arrest Doughboy and another friend for stealing from a convenience store. Fast-forward seven years, and Tre and Ricky contemplate university while Doughboy deals crack rock to the rest of the neighborhood.

Singleton, who also wrote the screenplay, sets the film as a traditional coming-of-age story, with Tre and his friends as the core players. However, as Boyz n the Hood progresses, it focuses more and more on Tre, with everyone else merely satellites in his orbit. Again and again, we see him struggle with peer pressure, his estranged parents’ divergent expectations, and the simmering strife that comes with the ever-looming threat of gang warfare.

Most of the events take place on the same battered block, giving the film a unified sense of place. And though many works about growing up often constrain their beats by tying them too closely to the traditional three-act structure, Singleton allows his script a more natural ebb and flow. Several scenes depict Tre and his friends just hanging out on the corner, jibing at each other, serving no other purpose than to establish the dynamics of their friendship. Some of these detours from the main plotline are less successful than others, particularly the exhaustive examination of Tre’s entirely unremarkable love life, which boils down to the usual sexual shenanigans that every film featuring teenagers is required to have. Still, by giving the characters space to interact beyond the demands of the plot, Singleton manages to grant Boyz n the Hood a remarkably loose, easy feel that mimics the character of lived experience.

As the film wears on, however, familiar archetypes begins to hold it back. Tre’s only characteristic is his infrangible passivity and commitment to the path his parents have laid out for him: leaving South Central and pursuing a college degree. Indeed, from the camera’s eye, it’s not what he does, but what he refuses to do—drink, deal drugs, and, in the film’s final act, murder—that makes him who he is. Doughboy is also placid, spending his days tipping forties back and clowning with his friends, but Singleton treats his idleness with scorn: as a refusal, willing or not, to follow the expected route that Tre treads along on. Hardly a scene goes by without one of the many supporting characters, including Mrs. Baker (Tyra Ferrell), Doughboy’s mother, telling him that he needs to make major life changes before it’s too late.

Though Boyz n the Hood eviscerates the white establishment from the opening reel, mostly through Fishburne’s streetwise-dad routine (he gives several politically charged monologues, including one about how the army is “no place for a black man”), much of the film exhibits a deeply conservative worldview, even for 1991. The fact that both of Tre’s parents are still in the picture is noted ad nauseam, as well as the necessity of traditional gender roles: “Only you can teach him to be a man,” says Reva to Furious, as she drops Tre off to live with him. And while our heroes’ constant bellowing of homophobic and sexist slurs can certainly be chalked up to the film’s commitment to lived experience, the ultimately polarized fates of our cast of characters undercuts the sense of reality significantly.

While these complaints aren’t enough to hamper Boyz n the Hood on their own, they’re symptoms of a more pressing concern: Singleton’s exceedingly narrow moral imagination. As the sense of impending tragedy mounts and the innocent get punished and the damned become vengeful, the film begins to approximate the tone of a high-budget Afterschool Special: The rule-follower goes to college and the troublemakers get killed.

It’s true that Boyz n the Hood is “no fairy tale,” as its poster claims, but the film could certainly be accused of sharing that genre’s lack of nuance. Looking back on it 25 years later, it’s hard not to view some of Singleton’s directorial touches as hamfisted haymakers: the opening shot, a slow zoom on a stop sign; Furious’s winding diatribe on the evils of gentrification; the many lingering shots of blood, viscera, and violence. But it’s this earnest straightforwardness that provides the film much of its power: When the soon-to-be-murdered Doughboy delivers his plaintive monologue lamenting the ignorance of America toward the situation in its own inner cities, it still echoes, and lands like a thunderous gut punch.