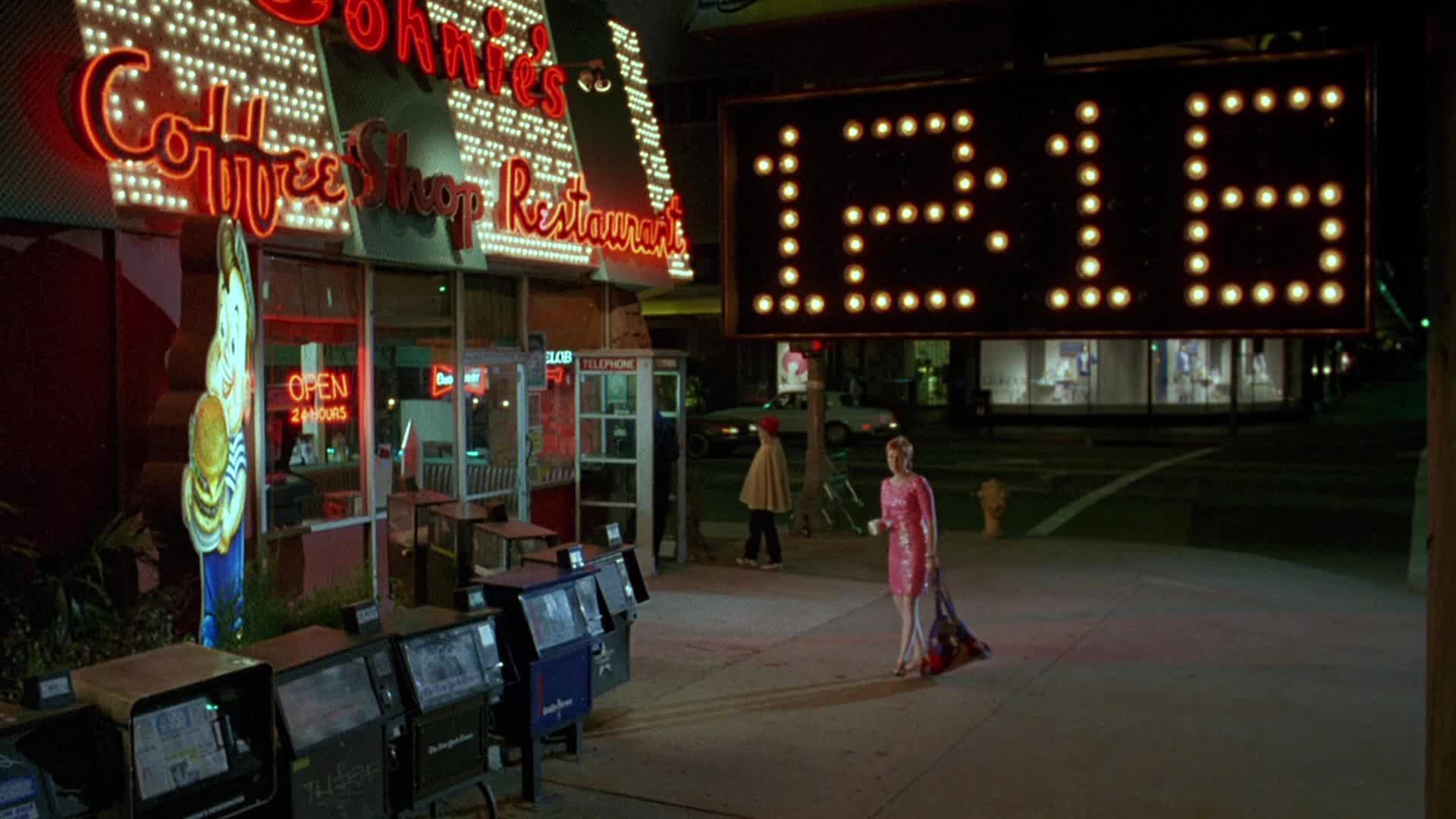 I used to think of Steve De Jarnatt’s magnificently oddball Miracle Mile as one of the most achingly romantic movies I’d ever seen. My younger self, experiencing it for the first time, saw it as a “boy meets girl” story spun out to its most rapturous extreme—a story of souls fused in the belly of nuclear fire. Many years and multiple viewings later, it feels a lot less straightforward. Roger Ebert closes his enthusiastic review of the film with an observation: “If there’s ever an hour’s warning that the nuclear missiles are on the way, thanks all the same, but I’d just as soon not know about it.” At one level, Miracle Mile is the story of a solipsistic young man’s attempt to make that decision for a woman he barely knows, using deception to selfishly separate her from family in what might be their last hour on earth. At another, it’s a perfect time capsule—its finger unerringly on the pulse of a society that had been taught not to let the threat of nuclear holocaust keep it up at night. But boy, those nightmares.

This one begins like a pleasantly hazy post-pubescent fever dream. Anthony Edwards, his star freshly ascendant off Revenge of the Nerds and Top Gun, plays musician and awkward romantic Harry Washello. In a languid opening montage at the La Brea Tar Pits in Los Angeles, he meets cute with the equally dorky Julie (a terrific Mare Winningham), hitting it off with the proto-Manic Pixie Dream Girl all afternoon. They resolve to meet after her late shift at an all-night diner on the Miracle Mile stretch of Wilshire Boulevard, but a missed alarm causes him to arrive too late to catch her. That’s when things take a shocking U-turn into the Twilight Zone, as Harry answers a call meant for someone else at the payphone outside the diner, only to hear that America’s nukes had been launched and the retaliatory strike will hit L.A. in an hour. Naturally, Harry sets out to retrieve his girl from her grandmother’s nearby apartment and escort her to a rooftop helipad, where a chopper would presumably take them to safety.

In many ways, Miracle Mile feels like a coda to and summation of a decade of cult cinema. It’s a surreal one-night odyssey that plays out in near real time, reminiscent of several similarly structured contemporaries like Scorsese’s After Hours and John Landis’s Into the Night, all featuring nattily dressed dorks pursuing idealized women into worlds of dream logic swathed in an atmosphere of dislocation and unreality.

The ‘80s are often derided for ushering in the blockbuster era, an accusation that’s not entirely unfair. But the decade also incubated a robust cinematic insurgency, most of which emerged from disreputable genres. It’s the cinema of the marginalized, following the freaks, the junkies, the antisocials, the mad scientists, the monsters—the only ones awake while the normals slumber through “Morning in America.” They feature the perennially dislocated—economically (They Live), physically (The Fly, RoboCop), temporally (The Terminator)—railing against shades of the apocalypse even as they cast about for the brief but meaningful human contact to make their infrequent victories anything other than Pyrrhic.

Miracle Mile embraces the cultural concerns festering in all these films and more—their Cold War paranoia, their technophobia, their class tensions. It’s no accident that the diner denizens witness to Harry’s prophecies are all outsiders in their own right: a drunk, a tarot reader, a drag queen, a hobo and more than one person pretending to be something they’re not. The film’s myriad social outcasts are also subtly politicized in unexpected ways. You think the film is going one way when young black star-to-be Mykelti Williamson shows up as a radio-stealing joy rider, but then it goes another by giving him one of the film’s most tragically heroic moments. At a time when gay men on screen were generally cross-dressing serial killers, the film’s only straight-up hero, the one who commits the sole selfless act depicted herein, is gay. And the only remotely capable authority figure is a woman. De Jarnatt’s literate (and literary) screenplay understands what it means to lie beyond the mainstream. Initially, we’re lulled into pre-judging clean-cut white boy Harry as the hero of the piece. By the end, he comes across as one of its most self-centered characters, even as you root for him and Julie to make it.

Many of the supporting roles are played by those on Hollywood’s own margins—a rogues’ gallery of character actors synonymous with the schlock canon, all of whom make the most of their limited screen time. There’s Earl Boen as the drunk—perpetual bystander to the end times, both here and in the Terminator franchise, where he played the skeptical (till he wasn’t) Dr. Silberman. There’s RoboCop’s supervisor Robert DoQui as the diner’s cook, Jenette Goldstein (Near Dark, Aliens) as a gun-toting Valley Girl, Denise Crosby (Star Trek: The Next Generation) as a mysterious businesswoman, Brian Thompson (Cobra, Alien Nation, The X-Files) as a powerlifter who also happens to be a helicopter pilot. Just as significantly, Tangerine Dream contributes the urgent, pulsing score, which dates Miracle Mile instantly, but in the best possible way. The electronic music group was like the grindhouse yin to John Williams’s multiplex yang. They scored a handful of the decade’s key genre pieces (Thief, Near Dark, Firestarter), but the echoes of their trademark synths haunt the soundtracks of a hundred different B movies.

In the end, it’s impossible to separate nostalgia from any reading of Miracle Mile. It is, after all, a film that’s partly about nostalgia, endemic to a culture that yearned for a return to the prosperous Eisenhower years. But, then again, the ‘50s contained their own strain of nuclear threat, so perhaps the real ideal was a return to the primordial soup from whence we came: the tar of the La Brea pits, where the film both begins and ends. To go back to sleep, just like a menacing voice on the phone commands Harry to do. If, as the generalization goes, the mainstream cinema of the Reagan era was intended as a soporific for the agitated masses, Miracle Mile was a small part of the wake-up call. Or, alternatively, a convincing argument that it might be easier to do as the Man says and go back to sleep.