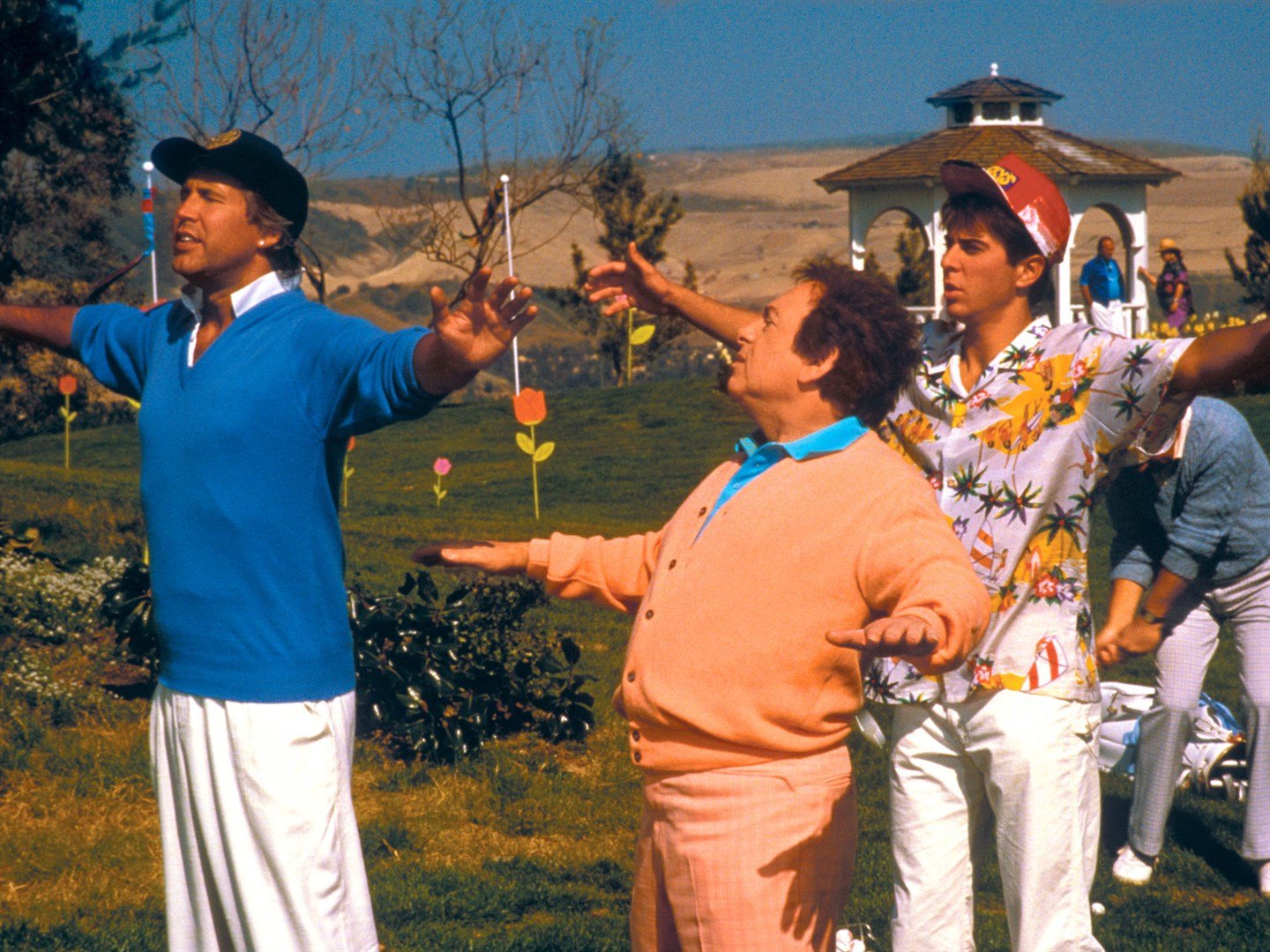 Given that the majority of this reviewer’s lifetime income has been earned hauling golf clubs in the suburbs of Chicago, my giving an opinion about director Allan Arkush’s Caddyshack II is like a fisherman talking about the sequels to Steven Spielberg’s Jaws, or a boxer the sequels to John G. Avildsen’s Oscar-winning Rocky.

All the nuance and affection for the profession of caddying that made the original’s one-liners so honest and funny (like “Hey! Lama! Hey! How ‘bout a little something, you know, for the effort?”) is gone. What’s left is a floating Baby Ruth of a cinematic abomination that just about everybody from the first film was either ashamed of or absconded from (like Harold Ramis, who wanted his screenwriting credit removed, or Rodney Dangerfield, who backed out of the agreement he’d made to repeat his role as the loudmouthed real estate developer Al Czervik).

Instead, we get Jackie Mason, as a wealthy real estate developer, doing an unfunny impression of Dangerfield and Dan Aykroyd whiffing mightily as he tries to recreate Bill Murray’s role from Caddyshack as a Vietnam vet turned golf-course groundskeeper. And then there’s Chevy Chase, back in action as Ty Webb, only this time sporting a diamond stud in his left ear.

The film’s plot involves the transformation of the WASPy Bushwood Country Club into a mini-golf course for the masses, and the young daughter (Jessica Lundy) of Mason’s Armenian Jew wanting to apply for membership to the club in the hopes of raising her station in life. (It’s a dramatic angle not far different from the “Scenes from the Class Struggle in Springfield” episode of The Simpsons, in which Marge wants to hobnob and Homer has to learn how to golf.) There’s an 18-hole, winner-take-all, two-on-two golf match at the end of the movie (played on the mini-golf course). There’s TRON-like laser effects. There’s a talking gopher. There’s Randy Quaid as…a lawyer on the side of equitable housing (?!?!).

Which is to say, none of it makes any fucking sense. And as far as goofy golf movies go, Caddyshack II isn’t even on par with Happy Gilmore. If it’s memorable as anything, it’s as a symptom of 1980s cynicism and decay and cultural regurgitation, and the kind of Hollywood production values that bring to mind what Judge Smails shouted at his nephew Spalding in the original, namely: “You’ll get nothing, and like it!”