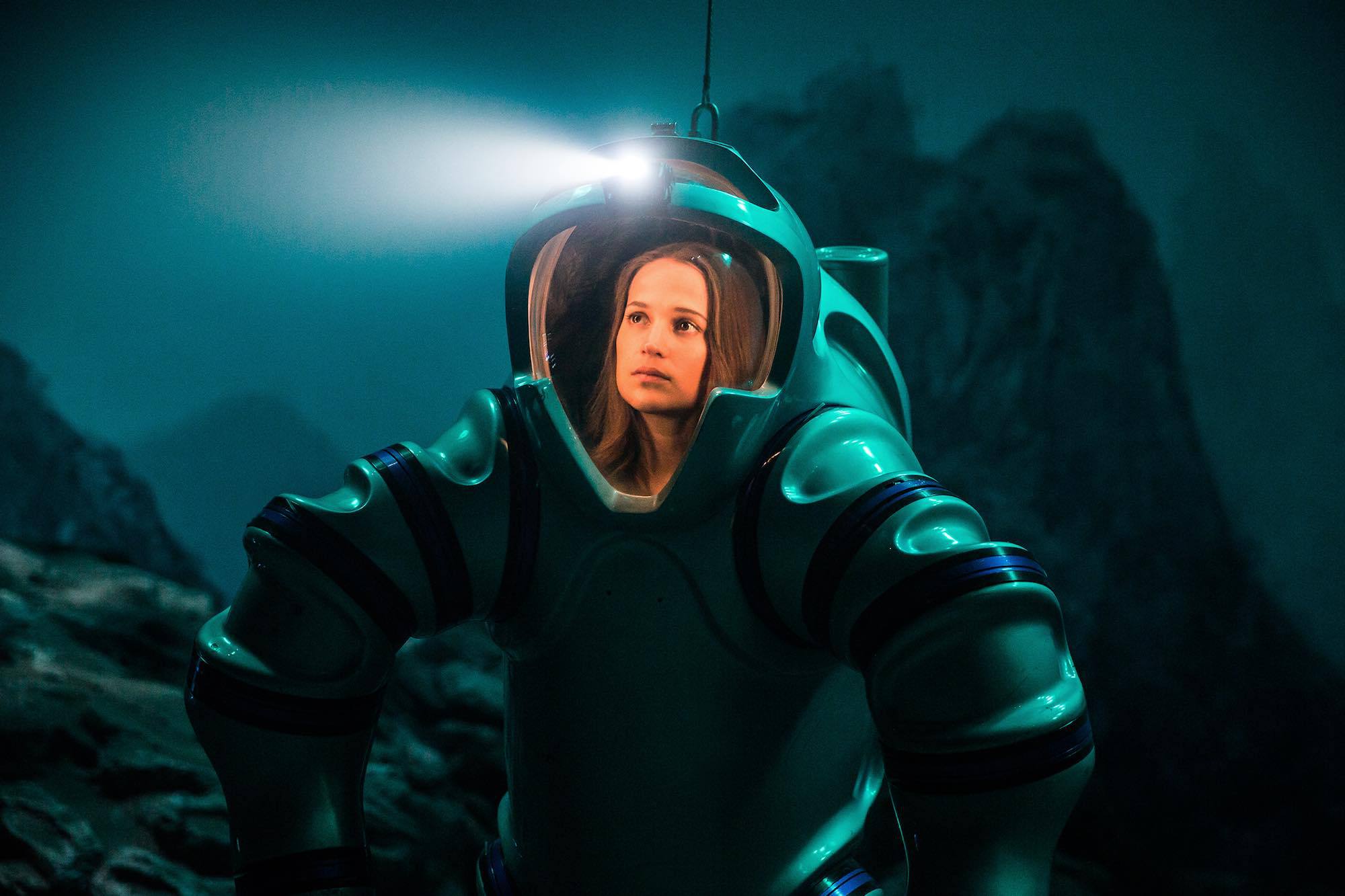 Wim Wenders doesn’t return to his former greatness with his latest, Submergence, a hollow romance that dares the audience to question just how much a meet-cute can change two people. The filmmaker’s cinema of displacement reaches new extremes of literalism in the relationship between water engineer James (James McAvoy) and biomathematician Danielle (Alicia Vikander), whose brief encounter reverberates throughout their lives.

James and Danielle make each other’s acquaintance at a hotel in France’s northern coast, where each is resting before major work trips. They strike up a rapport through interminably detailed descriptions of their jobs; indeed, Danielle spends their first date listing the layers beneath the ocean surface with a curiously seductive air, using phrases like “mesopelagic zone” as if they might lead to arousal. Wenders shoots James and Danielle’s cavorting along the coastline—an extended montage of laughing and twirling around cliffs and beaches that Terrence Malick would probably find too chaste—as if marking time. Their conversations, at once circuitously poetic and tediously scientific, lack vivacity, and neither of the characters displays any sense of deeper connection to one another beyond mild attraction.

Despite their lack of chemistry, Danielle and James continue to think of one another after they’ve parted ways. She ships off for a deep-sea expedition while’s he’s sent to Somalia to assist in a water irrigation project. Or, perhaps, James is a spy, because while he may know his irrigation practices, it’s curious how he meets with government officials before heading to Somalia and receives secret communications equipment in case he needs to call for help if something should go wrong. And something indeed goes wrong as soon as James reaches the country, with Somalians locking him up for suspected sedition and subjecting him to beatings and mock executions. Meanwhile, Danielle spends the entirety of her own voyage checking her phone, wondering why the dude she spent three days with isn’t texting her back.

In his early films, Wenders fused character and environment to craft poignant tales of alienation and longing, but Submergence’s globetrotting only succeeds at exposing the hollowness of the characters at the film’s center. The extent to which Danielle fixates on James makes no sense given their brief, uninspired time together, and the occasional subplots that Wenders introduces to pad out the proceedings are similarly failures of imagination.

This is especially true of James’s interactions with Yusef (Hakeemshady Mohamed), a jihadist leader who hides his radicalism behind a veneer of reasonability, and a doctor (Alexander Siddig) who vociferously supports jihad but looks stunned and bewildered at the sight of extremist violence. Whatever political commentary Wenders sought to make is lost beneath confounding characterizations, exacerbating the tedious inanity that marks the latest in a long line of misconceived projects from a once-great director who seems to have irreparably succumbed to an insular and myopic view of the world.