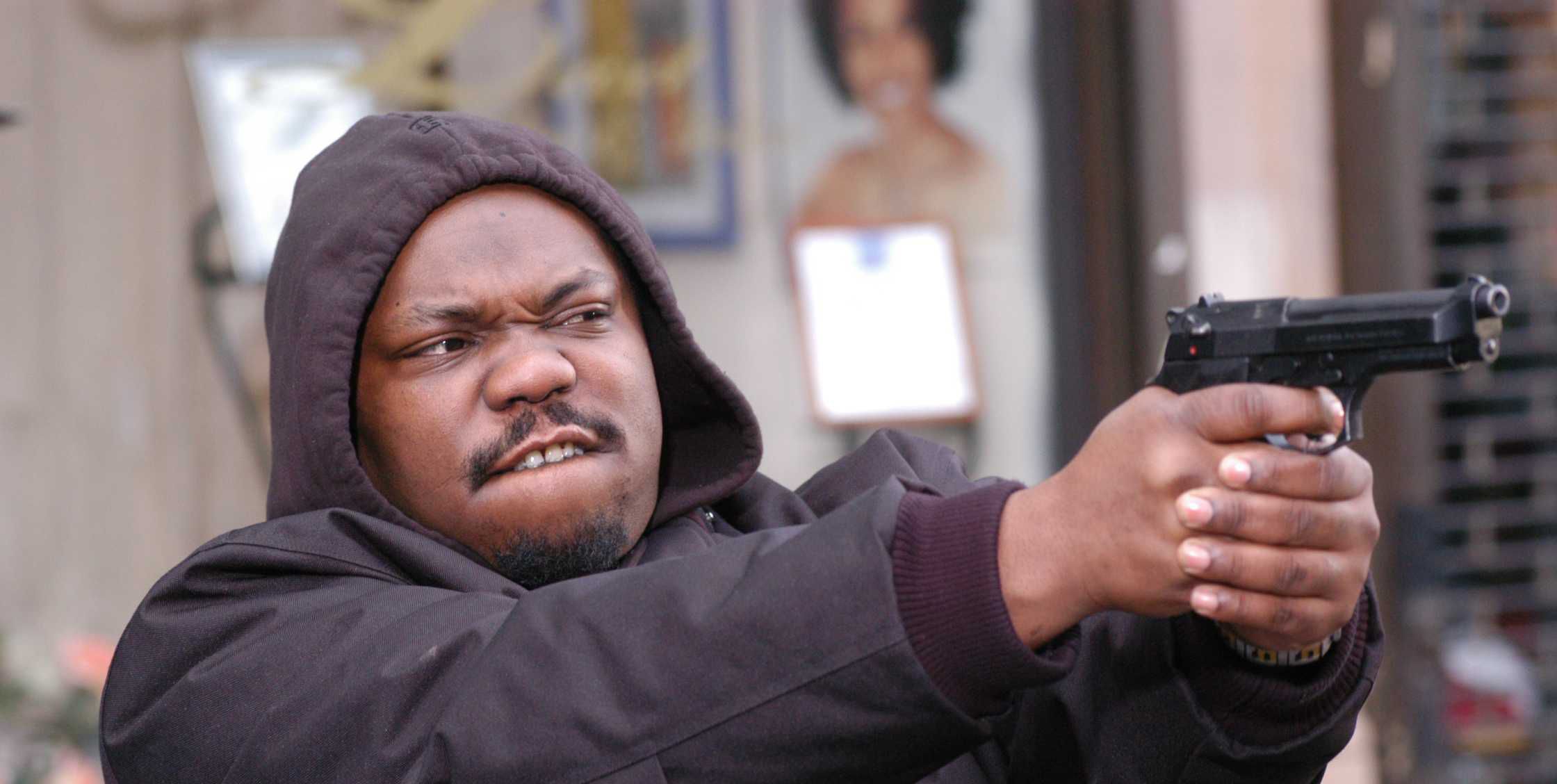 True to the spirit of its predecessor, State Property 2’s daisy wheel of violence represents a reckless glorification of thug life. Beanie (Beanie Sigel) is back to tell the story of how he was shipped to prison: It’s there he meets and befriends Pollo Loco (Victor N.O.R.E. Santiago), with whom he’s unexpectedly pitted against by the diamond-earringed Dame (Damon Dash). Dash, who actually shows more promise in front of the camera than he does behind it, can’t be accused of rank misogyny (Omahyra gets to play the fiercest gangster in the film and Beanie’s vision of a “Spanish fly” attorney doing a dance for him at his trial appears to be played for laughs), at least not compared to what Abdul Malik Abbott did throughout the original State Property. Of course, he can be charged for shitting all over film culture and callously flaunting his authority. Considering its low percentage of rump shaking and ass slapping, State Property 2’s only point of interest may be its celeb-spotting (I see Mariah! I see Kanye!) and amateur spectacle of unintended hilarity: the little girl who plays the daughter of a thug in the film is clearly being coached by someone off-screen and—my favorite—a cheap-ass table in the corner of a room stands in for a prison mess hall. Dash isn’t concerned with studying rituals of male bonding or the way culture shapes violence, instead using his clout at Roc-A-Fella Records to secure a number of high-profile cameos, some more embarrassing than others (Angie Martinez, as Beanie’s Tuesday-night hoochie, is the only real stand-out), to help him live out his gangsta fantasy. Everyone but 50 Cent appears in this shapeless waste of celluloid, which appears to have cost about that much to make. Whole sequences are juiced up with annoying freeze frames, split screens, fonts, and noisy sound effects (the kind of meaningless bells and whistles any NYU student can make on a character generator), suggesting Dash is more than aware that he had very little to work with heading into post-production. Imagine the results if Dash thought about where to place his camera, or if he chose to spend his money on filters and a script doctor instead of getting Ol’ Dirty Bastard to pick his nose.