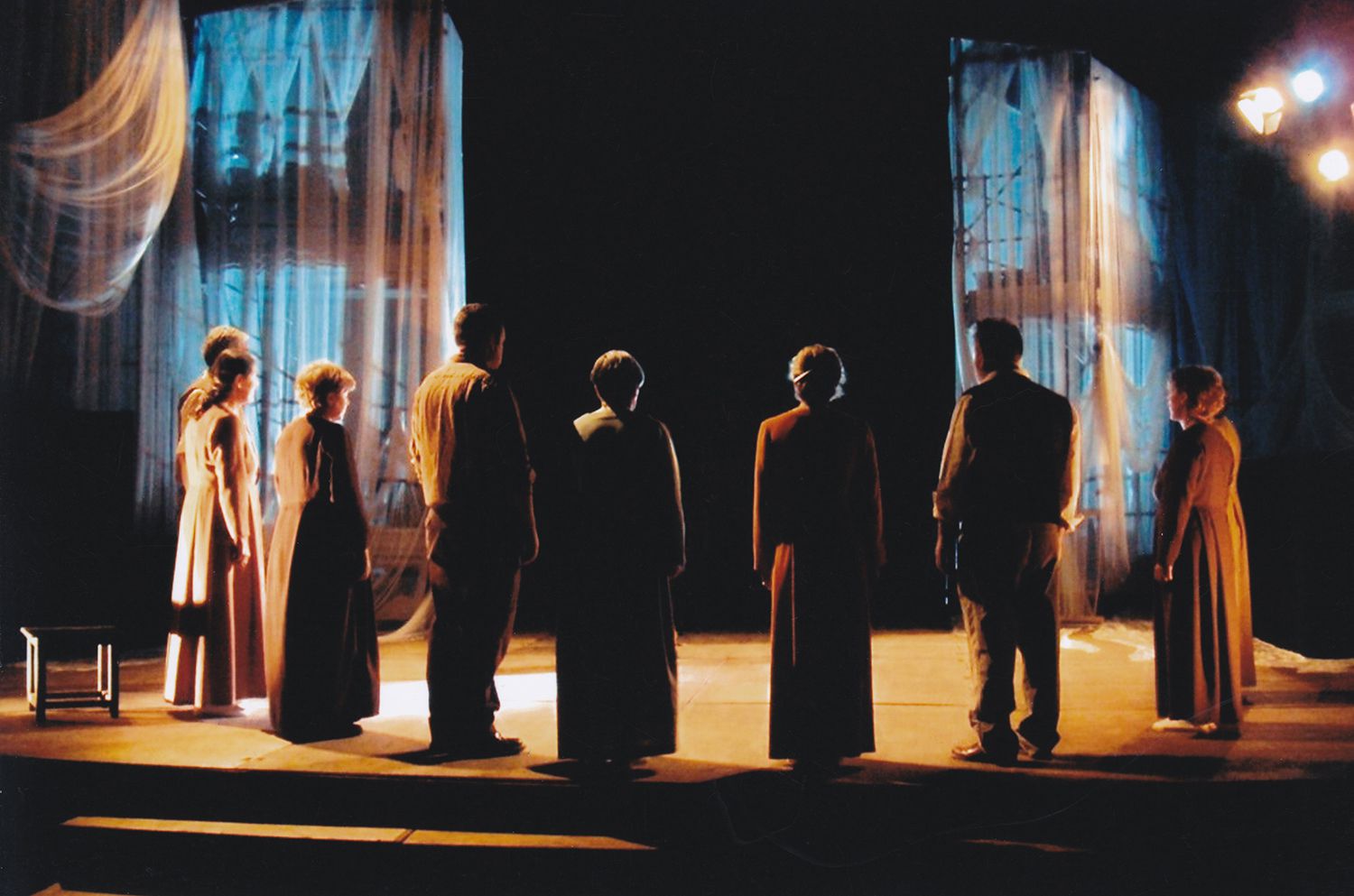 Jeff Malmberg and Chris Shellen’s Spettacolo is about a village trapped in the narrative of its own decay. The documentary follows the members of the Teatro Povero as they conceive their annual summer show, staged outdoors in the center of Monticchiello, a hilltop Tuscan town with a population of around 200 residents, many of whom act in or provide labor for the production. The company refers to its works as “autodrama,” a sort of reflexive state-of-the-union address written by and for the people. As such, its members spend much of their free time scrutinizing the socioeconomic conditions that have imperiled their very existence, and though the film is framed as a story about various strains of decline, it’s most compelling as a study of fatigue.

Malmberg’s own cinematography at first seems blithely elegiac, all stone walkways and white laundry fluttering from clotheslines, but Monticchiello has developed a relationship of necessity with its weathered façades and quaint traditions, a tension the film captures by setting establishing shots on the hill’s uneven ground. Looking good is, to some extent, Monticchiello’s last viable industry, and this proves to be one of many thorny issues the Teatro Povero must grapple with in conceiving its next play.

Accompanied by a few montages of archival photographs and videos, the Teatro Povero’s longtime director, Andrea Cresti, lays out the company’s proud past and its uncertain future. Founded to honor the village’s stand against Nazis during World War II, the Teatro Povero wrote works tackling sexism, corruption, and workers rights, but it’s become trapped in a couple of cycles. The company now spends each year searching for new angles on the region’s ongoing, inexorable economic decline just as a vast swath of its membership is on the verge of retirement or death. A few company members protest that they should depart from tradition and stage a light entertainment, but the group settles on a piece about “the end of the world.”

Stretches of the film are devoted to the death of tradition, from longtime actors complaining that Monticchiello’s children are more interested in socializing and sports than the arts, to minor dramas that surface as Cresti questions her cast’s devotion to their craft. But like Jacques Rivette’s Around a Small Mountain or Abbas Kiarostami’s Certified Copy (not to mention Malmberg’s breakthrough documentary, Marwencol), Spettacolo is steeped in the consequences of a life spent devoting oneself to art and performance.

Though we never learn how much of Montichiello’s economy relies on tourism, it’s apparent that some of the town’s residents are tired of catering to the leisure class. More broadly and poignantly, they’re fed up with being made to examine their own plight time and again. Some of the Teatro Povero’s performers bemoan that they’re made to work and rehearse throughout a season where the rest of Europe vacations, and still more express frustration with the inevitability that Monticchiello must develop in order to take advantage of its appeal as an Instagram-ready travel destination.

Spettacolo runs across the four seasons, beginning in winter and ending in autumn, and even in the more vibrant spring and summer months the film is relatively solemn. Rehearsals, which take place outdoors well after dusk, are cast in amber hues, and though Monticchiello is bustling with people and commerce on the day of the show, the filmmakers devote little screen time to the company’s big performance. It’s one elision of many in a film defined by an air of loss, absence, and dying purpose; a few scenes suggest the town has become sharply divided over the issue of development, a rift that has perhaps dramatically impacted the makeup of the Teatro Povero, but Malmberg and Shellen don’t feature any subjects that have turned away from the company.

Instead, the film’s more conventional suspense derives from Cresti’s frustration with his actors, who seem bored and unfocused in the run-up to the Teatro Povero’s annual performance. Though some of Spettacolo’s tension is superficial, the stuff of any let’s-put-on-a-show narrative, its latent anxieties are myriad and profoundly resonant.