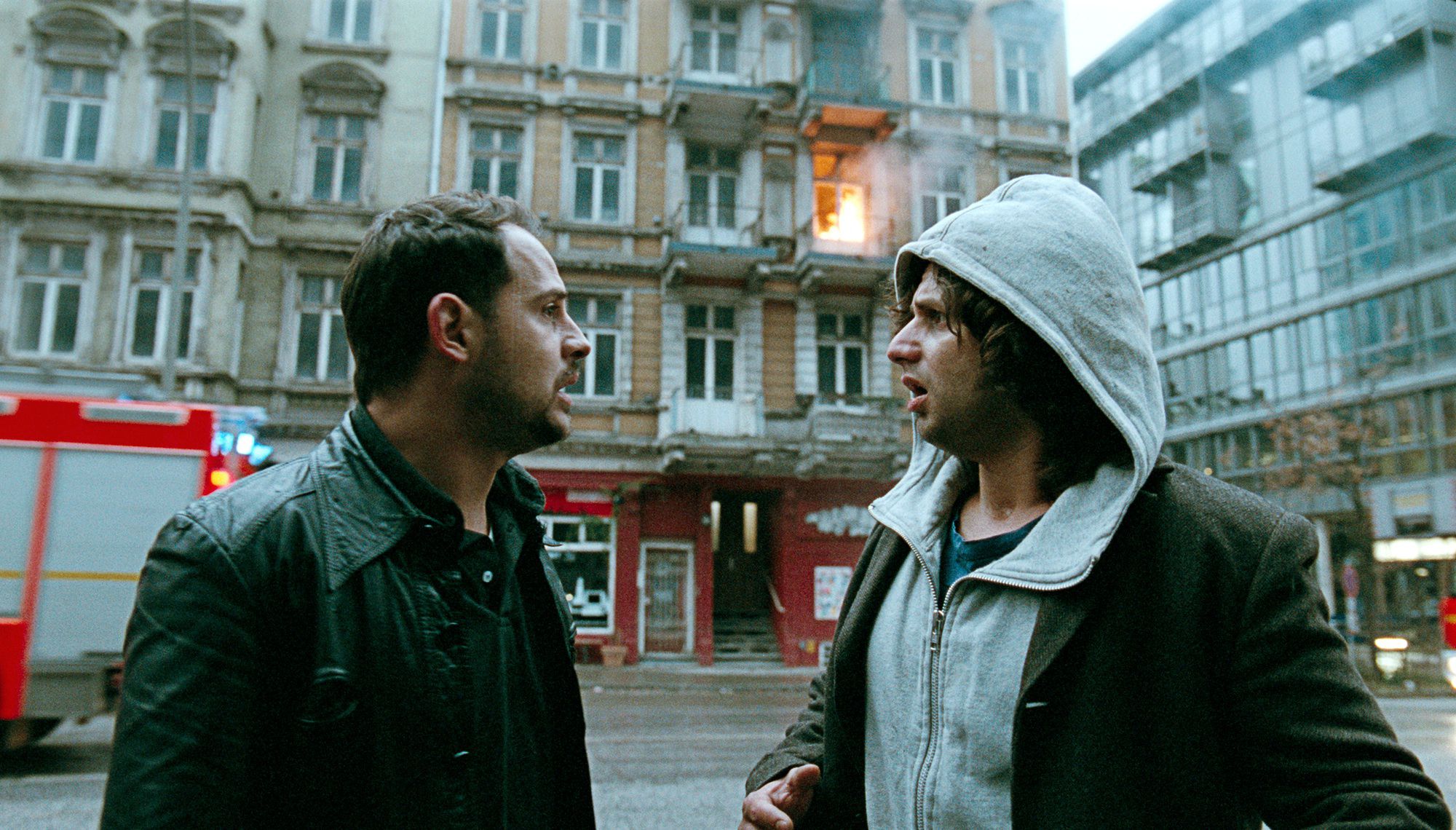 After the we-are-the-world solemnity of Edge of Heaven, it’s something of a relief to see Fatih Akin positing good grub and funky tunes rather than miserabilist diagrams as communal unifiers. In the affable, exhausting Soul Kitchen, the German-Turkish filmmaker’s by-now familiar melting pot of multiethnic New Europe textures becomes a cauldron of hothouse appetites and scruffy slapstick. The title refers to the dilapidated Hamburg eatery run by Zinos (the Jim Morrisonesque Adam Bousdoukos, who also co-wrote the screenplay), a frazzled German-Greek bruiser whose dwindling working-class clientele and departing girlfriend (Pheline Roggan) are just the tip of an iceberg of aggravations. There’s also a new cook (Birol Ünel) with temperament issues (“Culinary racists!” he thunders at the customers who dare ask him to microwave a bowl of gazpacho), a former colleague turned corporate swine (Wotan Wike Möhring) who’s determined to take over the property, a floundering rock band, untimely visits from tax collectors and health department officers, and a pesky herniated disc. Topping Zinos’s laundry list of headaches is his brother Illias (Moritz Bleibtreu), a burglar out on partial parole who sets up camp in the restaurant and, in a flash of law-stretching inspiration, comes up with a plan to save it.

As if to distance itself from the tastefulness of such food-porn staples as Like Water for Chocolate and Mostly Martha, Soul Kitchen is shot, edited, and acted like a busy day at the factory. Comic chaos is the rule, the louder the better: Nobody takes a drink without smashing their glasses on the counter, no boner joke escapes underlining, Akin’s camera-in-heat keeps slamming, rushing to cram in one more canted angle, one more musical cue, one more smackdown between squabbling characters. (It’s a measure of the movie’s wearing screwball hustling that, by comparison, a cameo by vintage wacko Udo Kier comes off like an oasis of quietude.)

The high-decibel exoticism is reminiscent of the punk-besotted loners of the director’s breakout hit Head-On, and, as in that film, the self-conscious frenzies of the plot are often redeemed by Akin’s generosity toward everybody on screen. It’s hard to hate a film so inclusive of its characters’ emotional and sensory compasses, but even harder to overlook its unexpectedly trite ear for music and willingness to trade cultural insight for obvious, crowd-pleasing gags. The ultimate feeling is of Akin as a frantic chef scrambling to spike a thin soup, throwing in spices and stirring like a madman. There’s plenty of kitchen, but little soul.