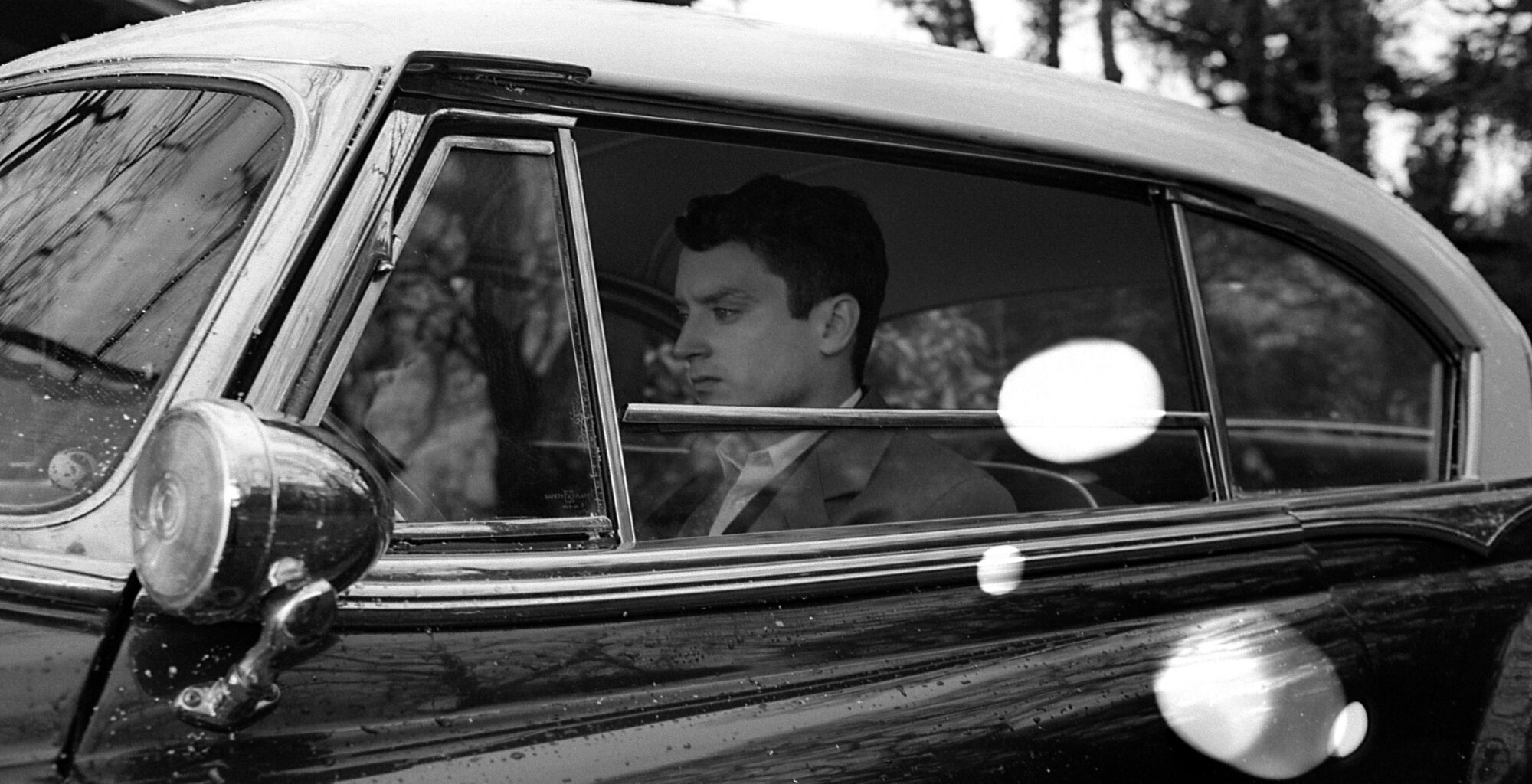 Set Fire to the Stars fetishizes a time and place in America that’s grown in memory and imagination to be almost quaintly rarefied: 1950s-era academia. The film abounds in privileged white men who wear suspenders and checkered blazers, pacing up and down sanctified university hallways and auditoriums, smoking and drinking while discussing the mysteries and merits of poetry. But director Andy Goddard and actor/co-writer Celyn Jones also clearly resent this world, seeing it as a place mired in hopeless bureaucracy and hypocrisy that speaks of the artistic spirit while effectively ostracizing and killing it. The remarkable, pristine, velvety black-and-white cinematography embodies both points of view at once, rendering the East Coast Ivy League milieu surreally gorgeous yet stiflingly otherworldly and lonely. In Set Fire to the Stars, a café can seemingly span football fields in length, engulfed in shadows that testify to man’s inherent cruelty and confusion.

The atmosphere upstages the film’s subject, the Welsh poet Dylan Thomas (Jones), who’s batting around upper-crust America in 1950 at the insistence of John M. Brinnin (Elijah Wood), a gifted academic who believes in the writer’s work and has arranged for him to tour the country, performing a series of readings. The catch, of course, is that Thomas is a prodigious and theatrical alcoholic who resents the elite populating institutions such as Yale, taking every opportunity available to bite the metaphorical hand feeding him, while lingering in bars talking all sorts of subjects with working-class people who haven’t heard of him and can take him more or less at face value. At times, Goddard steps in a mud puddle that’s traditional of biopics concerned with Great Men, portraying “everyday” people as glorious saints or eccentrics while demonizing anyone who dares to intellectualize a work of art.

Perhaps a reminder, then, should be issued to self-pitying artists: An “intellectual” response is no more or less valid than a conventionally “emotional” one, and that’s to indulge the very dodgy assumption that intellect and emotion are so easily compartmentalized. This form of sentimentalizing is particularly ironic in the case of Set Fire to the Stars, as it’s overly intellectualized itself. Goddard captures the melancholy that’s inherent in Thomas’s writing without bringing to life the fire that animates the soul-stirring struggle with said melancholy that burns through every poem, especially in something like “Love in the Asylum,” which contains the phrase that informs the film’s title. Goddard’s attempting to dramatize the idea that Thomas’s work, with both its structural brilliance and searing emotional intensity, can appeal to everyone for different reasons, and he illustrates that facile reduction by erecting a broad dichotomy between academics and those outside academia. This approach leads to a notably unfair treatment of Brinnin, who’s essentially regarded as a closeted, well-meaning coward notable only for brining Thomas over to the States (as if, for the sake of argument, that wasn’t enough). Brinnin’s oft-quoted sentiment, that he’s as famous as he deserves to be, is revisited here out of context, as one wouldn’t know from this film that he lived a productive and robust professional life. Brinnin wasn’t Dylan Thomas, but only one person can be.

Yet, Set Fire to the Stars is often unusual and powerful despite these irritations, as a number of scenes and images break free of the pervading schematic. Set over the course of a week, the film has an engagingly loosey-goosey rhythm; it doesn’t make the biopic mistake of attempting to check off every moment of a man’s life over the course of a few hours’ worth of running time. A long scene in which Thomas and Brinnin get loaded and tell stories with Shirley Jackson (Shirley Henderson) casts an eerie pall over the narrative that’s allowed to hauntingly hang. There’s a stunning bit in which Thomas visualizes his absent wife (Kelly Reilly) and her potential condemnation of him for his antics, somehow demonizing her and empathizing with her in equal measure, as she speaks to him in an oration that could be straight from Thomas’s prose. The film’s on strong ground, in other words, when actually engaging with Thomas and his writing.

Review: The Yes Men Are Revolting