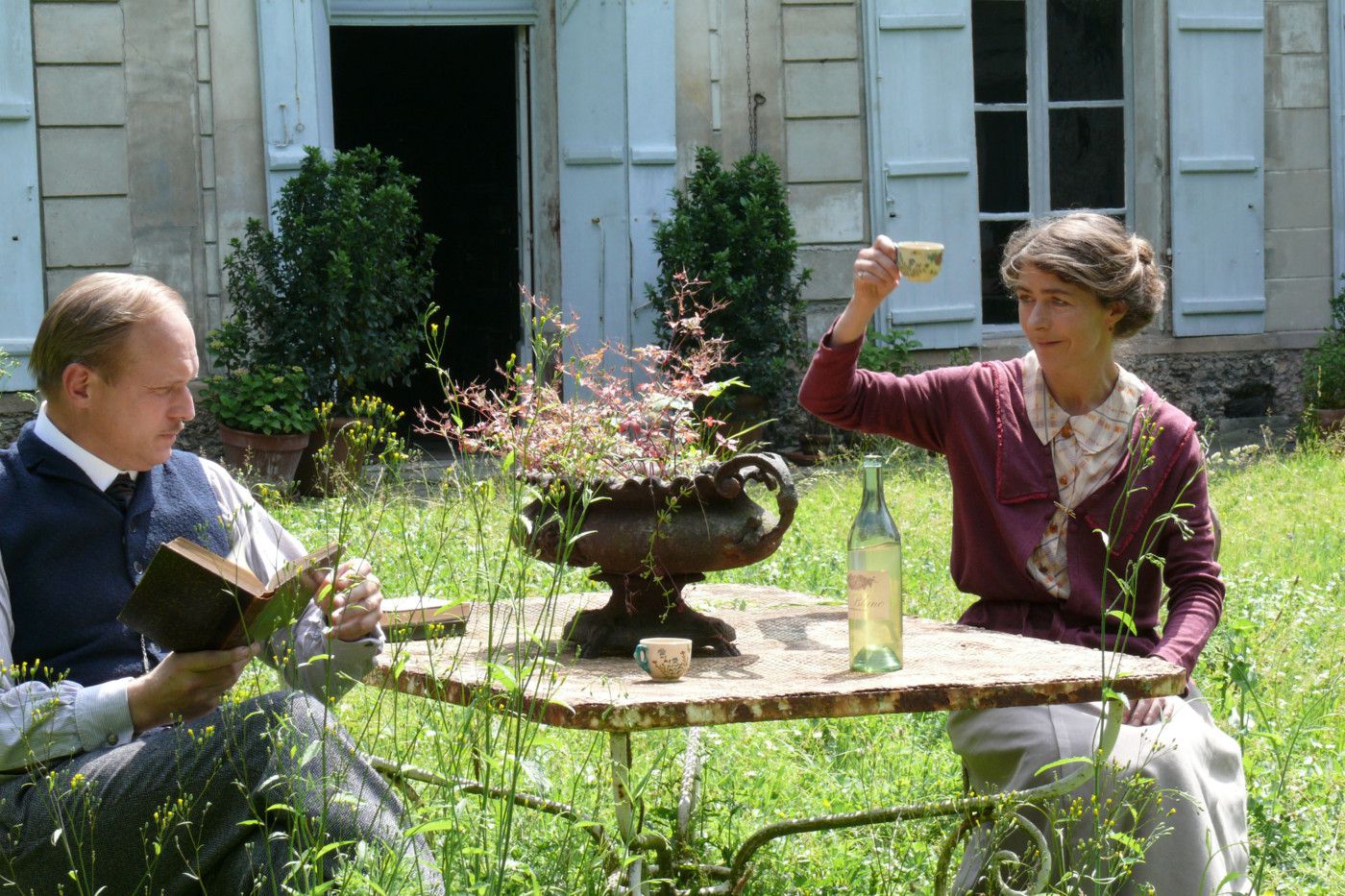 Séraphine de Senlis (Yolande Moreau) is a painter for whom the urge to create is so irresistible that when the cost of paints can’t be covered by her meager wages as a cleaning lady in post-WWI France, she goes scrounging for pig’s blood as a substitute. Examining the source of that deep-seated need is the primary goal of director Martin Provost in Séraphine, and he finds it not in a single detail from the artist’s unremarkable biography, but in the turbulent spiritual energy that seemed to consume her throughout life. Adopting a minimalist approach to the story’s filming, with camera movements and music cues relaxed and deferential to luxuriously-composed moments of static meditation, Provost shows us a Séraphine frequently in communion with nature, at one point standing chest-deep and nude in the midst of river water, and later as an insignificant speck under a towering shade tree. His larger goal, handsomely achieved, is to create a cinematic exploration of the “primitivist” (read: formally untrained) artistic designation placed on the artist by her sponsor, Wilhelm Uhde (Ulrich Tukur), which shares much in common with transcendentalism.

An art critic credited with early recognition of Picasso and Rousseau, Uhde is initially struck by a Séraphine-drawn still life of apples he discovers while lodging at a house she regularly cleans. Rescuing the piece away from the rich know-nothings who run the house, Uhde tracks down its creator and in doing so begins a multi-decade patronage of Séraphine that won’t be disrupted until, because he’s a German, his position as a French resident becomes precarious in the run-up to WWII. Portrayed by Tukur as a man of quiet depth who deftly manages a complicated life, with a live-in sister and a gay lover competing for his attention as well as a handful of other artists in his keep besides Séraphine, Uhde is never made to seem oversold on Séraphine’s work or personality, believably keeping their relationship on a business-casual footing that contains no high stakes for anyone. In this respect, Séraphine’s screenplay, by Provost and Marc Abdelnour, proves to be exceptional in its refusal to force drama.

The financial success that eventually results from the collaboration between painter and patron is ultimately wasted on Séraphine, in as much as it requires of her management skills and interpersonal skills she doesn’t possess; a cute scene of her engaged in a gargantuan spending spree is bittersweet and revelatory in showing her naïve, unworldly side that will come to do her more harm than good. As Séraphine, Moreau has the unenviable task of creating a compelling portrait out of an uncommonly quiet, introverted character who is often required to simply stare intently at a canvas or sit meditatively in an idyllic nature setting, but careful choices on her part and a screenplay nicely balanced between big and small moments allow her performance to breathe where necessary. In consistently erring of the side of subtlety, Moreau’s performance also proves a perfect tonal match for Provost’s subtle, meticulous, and frequently beautiful compositions.