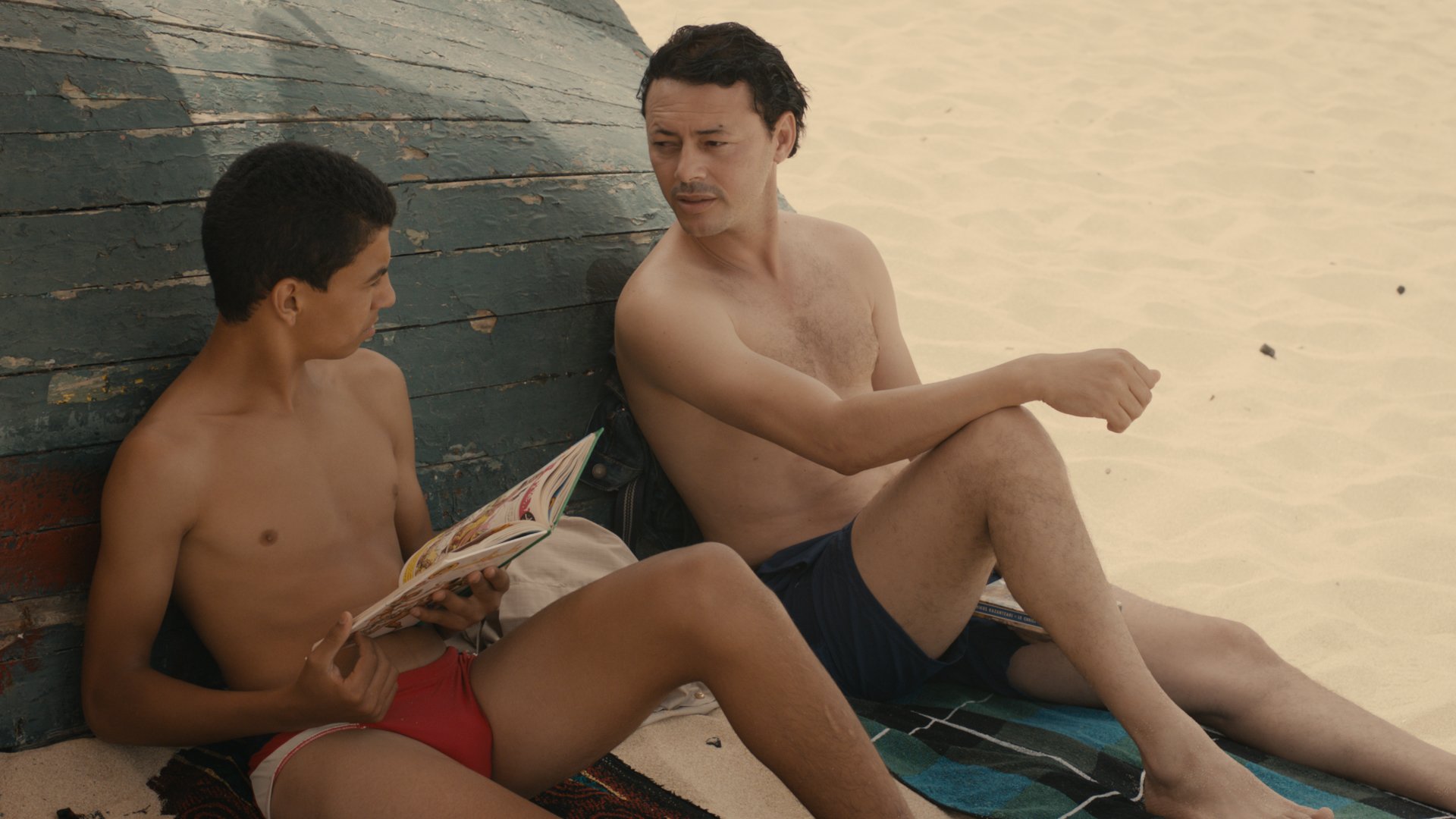 Gay coming-of-age stories in cinema often lean toward linear odes to the resilience of white men who, if it weren’t for their sexual proclivities, wouldn’t ever have had to deal with lack of privilege. Salvation Army, the directorial debut of acclaimed Moroccan writer Abdellah Taïa, and based on his own autobiographical novel, refuses the usual attempts at heroic reparation and redemption associated with the genre. It approaches the subject with the strange and unbearable melancholy that queer boyhood actually involves. It’s a quiet thud of a film, which embraces, with grace and precision, the nastiness of growing up with desire stuck in one’s throat like a muffled scream.

In the film’s very first scene, a young Abdellah (Saïd Mrini) sneaks into his older brother Slimane’s (Amine Ennaji) bedroom, stares at his clothes lying on the bed, and slowly cuddles up to them, as if he were being held in the arms of a missing lover. It’s a moment of delicate identification for anyone who’s had to, from a very young age, reduce one’s object of desire to unspeakable fantasy. It also captures the most memorable aspect of Taïa’s novel: a boy’s incestuous admiration and unrequited love for a brother who’s never quite there. The figure of the book, so often held tight by the older brother’s hands, like a shield, a punctum, and porthole to an elsewhere outside of Morocco (Slimane always reads in French), is one of the most unforgettable motifs in Salvation Army, both in the film and the book.

Yet the film translates the most haunting qualities of Taïa’s literature without ever seeming stilted in its execution. Literature is the genesis for both the film and for Abdellah’s own trajectory of survival and escape, but the creation of meaning in Salvation Army is remarkably cinematic. It’s in the way the story is told in brief fragments of unpredictable duration, in the simplicity of its sounds, and in the ingenious framing of visual elements, particularly in a scene when a young Abdellah literally disappears from view as he goes down on an older stranger at a beach resort.

In Aluizio Abranches’s From Beginning to End, erotic love between brothers is not just mutual, but eventually consummated, and thus much less interesting than the torturing, but also teasing, unavailability and impenetrability of the older brother’s emotional presence in Salvation Army—even if Abdellah can count on occasional bouts with, or brushing against, Slimane’s shirtless body. There’s no sliver of provocation in Taïa’s handling of this uneven libidinal investment between brothers. The filmmaker wages this war inside Abdellah, who’s repressed to the point of muteness, at the threshold of latency of desire, never its accomplishment. Abdellah has to settle for worshipping his brother surreptitiously, through looking at and for him. It’s an intransitive kind of looking bound to never find any satisfaction. Abdellah is forced to seek physical consummation elsewhere. First in the hands of older strangers who fuck him at construction sites silently, except to order him to open his ass up, and later from a college professor from Switzerland, who becomes his gateway out of Morocco, but certainly not out of existential misery.

Salvation Army is a searing portrait of queerness as a stifling disappearing act. Never has cinema translated the experience of queer boyhood’s alienation with such concision, softness, and poetic accuracy. Abdellah may, in bouts of courage, be able to kneel by his father’s side and lay his head, or kiss his hand, or playfully hug his shirtless brother, but he never says a word about what he feels. The film itself inherits this prohibition. Its dialogues are sparse, and mostly banal; characters never utter more than just one line at a time. It’s a film whose drama lies on the silence of a boy’s wallowing in a desolation he has absolutely no resources to understand, or express. This is a film about the deafening silence of queerness. Or, rather, the deafening silence exacted onto queerness if a queer boy is to survive at all.