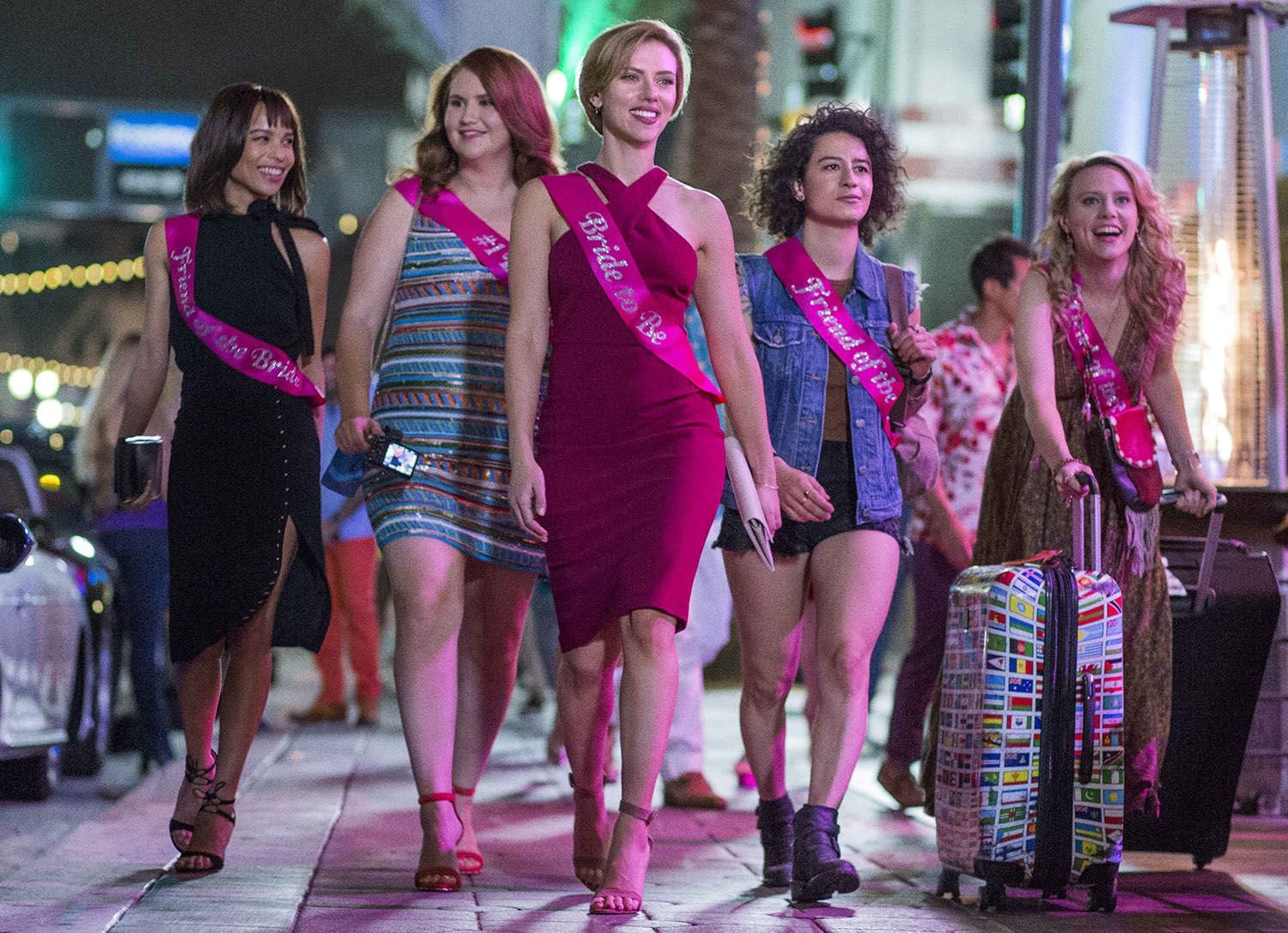 Many of the episodes that Lucia Aniello has written and directed for Comedy Central’s Broad City are quest narratives that pile complication on top of complication, and they’re infused with an often exhilarating sense of free-associative anarchy. A similar anything-goes spirit drives her feature-length directorial debut, Rough Night, which details the outrageous fallout of a bachelorette party gone horribly wrong after one partygoer accidentally kills a male stripper. But Aniello’s film only occasionally works up the same level of loony inspiration as some of her Broad City work. As admirable as Aniello and co-screenwriter Paul W. Downs’s long-term focus on joke setups and payoffs are, the emphasis on structure also grounds the film in ways that prevent it from truly taking off into the realm of the exuberantly irrational.

To some degree, Aniello’s attention to character detail compensates for the film’s weaknesses as a comedy. For the women partaking in Jess’s (Scarlett Johansson) party, the weekend acts as a referendum on their friendship, and tensions are thick. Though Alice (Jillian Bell) considers herself such a best friend to Jess that she’s gone to the trouble of planning every single detail of this bash, an aura of desperation underlies her bubbly exterior; through deliberately ignored phone calls and passive-aggressive remarks on Jess’s part, we sense that Jess no longer has the same emotional investment in maintaining their bond. The reunion in Miami of two of Jess’s other friends, Frankie (Ilana Glazer) and Blair (Zoë Kravitz), brings to the surface feelings they’ve kept under wraps for years as their lives have taken vastly divergent directions. And further complicating matters is the Australian Pippa (Kate McKinnon), to whom Jess has become closer over the years as she’s cut her ties to Alice to a minimum, a fact that makes Alice visibly jealous.

Peeking out among the film’s bawdy comic hijinks, which include everything from Blair’s hot-and-heavy sexual encounter with a swinger couple (Demi Moore and Ty Burrell) to Jess’s fiancé Peter’s (Downs) diaper-wearing, Red Bull-fueled cross-country dash to Florida from D.C., are bits of harsh truth about the inevitable decay of friendships over time. Aniello’s sympathetic depiction of female friendship as being powerful enough to help conquer life’s challenges is consistent with her work on Broad City. And yet, that warmth comes at a cost to the comedy in Rough Night, which could have used a sharper bite and a darker, more uncompromisingly realistic edge to give it a distinct identity of its own. Instead, Aniello’s film plays like just another variation on Bridesmaids, except without the memorable set pieces and the occasional zeal to push a setup to delirious comic heights. If anything, Rough Night isn’t nearly rough enough: too mild-mannered, for all the vulgarity, and eager to please to offer much to write home about after the mayhem is over.