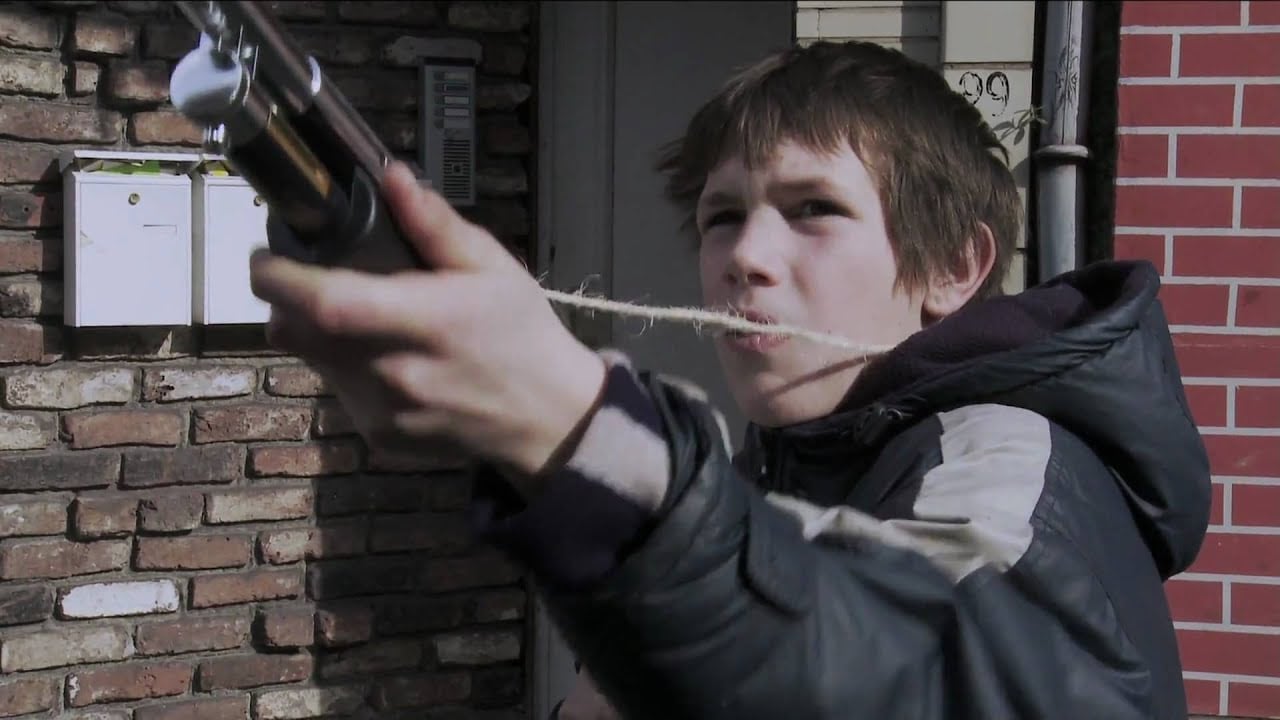 The first feature by Dutch documentarian Martijn Maria Smits, C’est Déjà L’ete tells the story of Jean, a laid-off Belgian steelworker (Patrick Descamps), and his two aimless teenage kids, Benjamin and Marie. The style is bleak, and Smits’ documentary background shows, especially in the long panning shots of endless unemployment lines, where people glance directly at the camera, as if caught, invaded upon by the observer in a vulnerable moment. The action is interspersed with grainy stock footage of smokestacks belching black smoke, smoldering factories, barbed wire fences. The color palette of the film is foggy green. Smits has a great eye for landscape: a shoe floating in sludgy water, blue fire coming out of a smokestack, the piles of garbage Benjamin wanders through.

Benjamin (played by Benjamin Willen), Jean’s teenage son, spends his days wandering along the polluted river, urinating off an overpass onto the cars below, babysitting his sister’s child, and lying in his bed staring at the ceiling. He barely goes to school. Jean’s teenage daughter Marie shows almost no interest in her baby. The father of the baby is in prison. Jean cannot find another job. Benjamin, left completely to his own devices, starts to slip off the rails. And Marie? Well, there’s no hope for Marie. She is beyond pleasure, beyond only the narrowest path of endurance.

There is a scene in bar where Jean, drunk, fleeing from his problems, buys a bunch of flowers and starts to pass them out to the other patrons in a grandiose manner of benevolence. The close-ups here, with the camera moving from face to face to face reminded me both of Carl Dreyer’s use of close-up in La Passion de Jeanne d’Arc and Diane Arbus’ portraits. Smits’ camera is brutal. Faces are revealed (warts and nose-hair and all), but also failed dreams and buried pain. The patrons laugh at Jean’s random generosity, and the event seems to shimmer with the idea of what it could be like if everyone were not so deadened. Hope, catharsis, even pleasure, is not possible here. It might, a bit, in Benjamin. He is solicitous and sweet with the little baby, reaching out to stroke its head when it cries. His love for the baby seems unselfconscious, but the bond is too fragile to make a real difference.

With an inevitability out of Requiem For a Dream (without the melodrama), events march towards a conclusion which can be glimpsed from afar by the characters, but not fully comprehended until it is upon them. Benjamin Willen has an eerie, solemn presence, not depressed, but somehow blunted to any sense of a future. C’est Déjà L’ete is really his story. His face, open and clear and potentially sweet, is a reminder of what is lost when society abandons sensitive youths like himself.