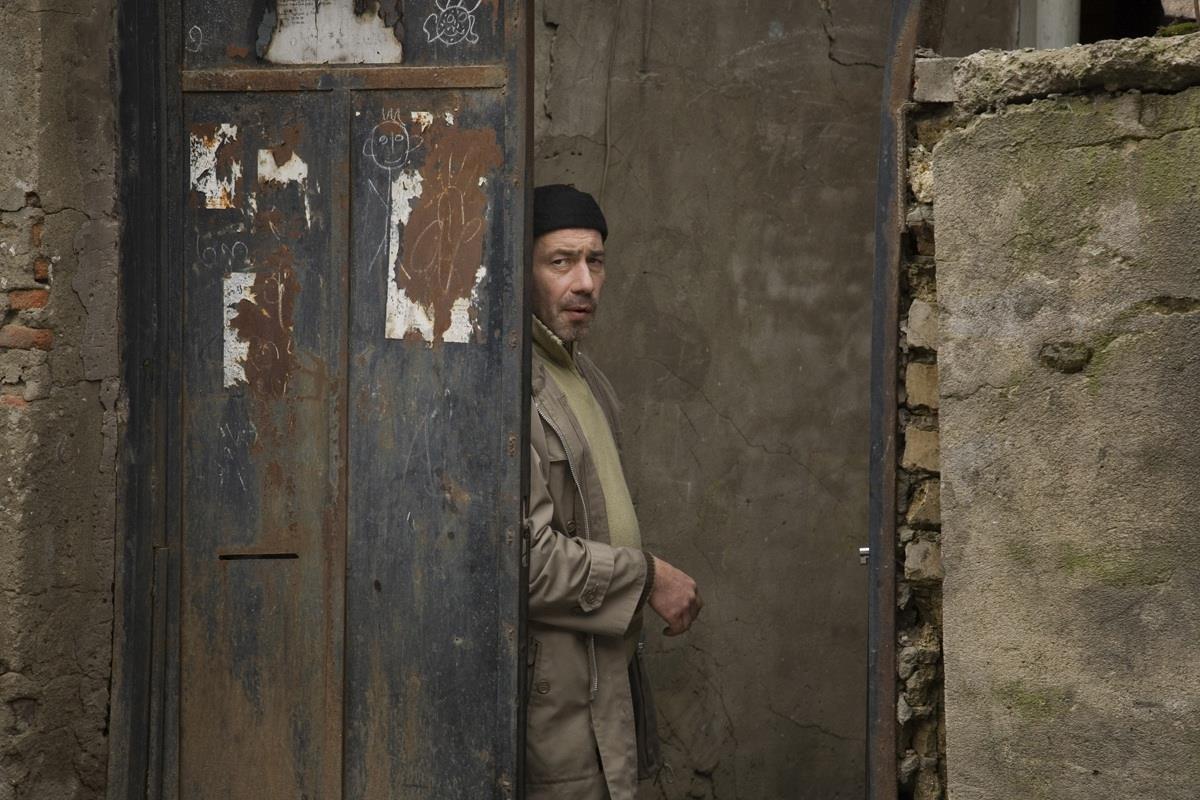 “Respect our grey hairs,” says a junkie to a teenage kid in the Georgian film Street Days, directed by Levan Koguashvili. Georgia, birthplace of Stalin (a master at erasing unpleasant history, including his own), has a tortured recent past and a present of casual criminality and gangster ethics. The gap between the “grey hairs” and the youngsters is the main theme of the gritty well-done Street Days, which depicts the difficulties of living a moral life in such an environment. Checkie (played by Guga Kotetishvili) and his friends are junkies who spend their days hanging out on a street corner in Tbilisi. They have nowhere to go. Checkie is recently divorced, has a son in school, and he struggles to keep them afloat. Checkie owes money to some scary drug dealers. There is a police informant among them. The cops, one of whom is a steely-eyed Rutger Hauer lookalike, aren’t much better than the criminals.

Checkie’s old classmate, Zaza, played with gusto by Zura Sharia, is a minister in the local government, and his sleek car, beautiful gated home, and elegant wife are cruel reminders of the gaps that can open up in friendships when money comes into play. There is a painful scene when Checkie crashes a dinner party at Zaza’s house to beseech Zaza for monetary assistance. It is a cruel moment beautifully and specifically filmed, the camera circling the dinner table slowly, showing the casual wine-drunk partygoers, people who can afford leisure time and fun, glancing askance at Checkie, disgusted.

In the world of Street Days everything is for sale (there is a shot of a man walking down the sidewalk, carrying his own refrigerator, shouting out to passersby, “Posh fridge!”), including personal relationships. Zaza’s teenage son, Ika, played with vulnerability and sweetness by Irakli Ramishvili, wants to score some drugs. He’s not a bad kid; he’s just looking to prove himself as a badass to his friends. Ika turns to Checkie, his father’s old friend. Checkie has enough of a self left to want to spare Ika the life he has led, and at the same time, he’s an addict. He needs the money.

Koguashvili, as a director, is interested in the absurdity of the life in Tbilisi, along with its danger, its dead ends, and he sees the humor in the extremes to which desperate people are willing to go. There are some truly funny sequences. Checkie and Ika, in a ridiculous scheme, decide to kidnap a little schoolgirl who has rich parents. They can extort some easy money that way. The two of them rob a local theater group for disguises, and so the kidnapping goes down with Checkie wearing a head-to-toe wolf costume and Ika wearing a fuzzy white rabbit costume. Their car careens through the narrow streets of Tbilisi, and they argue, in full regalia, big wolf head looking at big rabbit head, and the poor little girl sits in the back seat, staring back and forth at her kidnappers, solemnly.

Told in documentary-style, with lots of hand-held camera action, Street Days captures the look and feel of colliding worlds: the dingy sidewalks populated with aimless junkies, the bored students lolling at their desks in a school where the paint peels off the walls and the teacher struggles to get them interested in the history of their own country, the bare-bones apartments of Checkie and his friends. The film shows, in subtle and moving ways, the dangers of forgetfulness, a danger that is so often the result in former Soviet Republics. History has been erased. The teenagers have no local inspiration to draw on; their eyes are turned to the West. Ika informs Checkie, parroting something he heard at school, “Georgia has a long history of kidnapping. There’s even a movie about it.” So it must be true then.

The acting is wonderful overall (I particularly loved the spontaneous energy between Ika and his school friends, they feel like real kids). Street Days is Koguashvili’s first feature-length film, and he shows a keen visual sense and a broad sense of humor (how can an elderly man falling off a balcony be funny? In Street Days it is) that will serve him well.