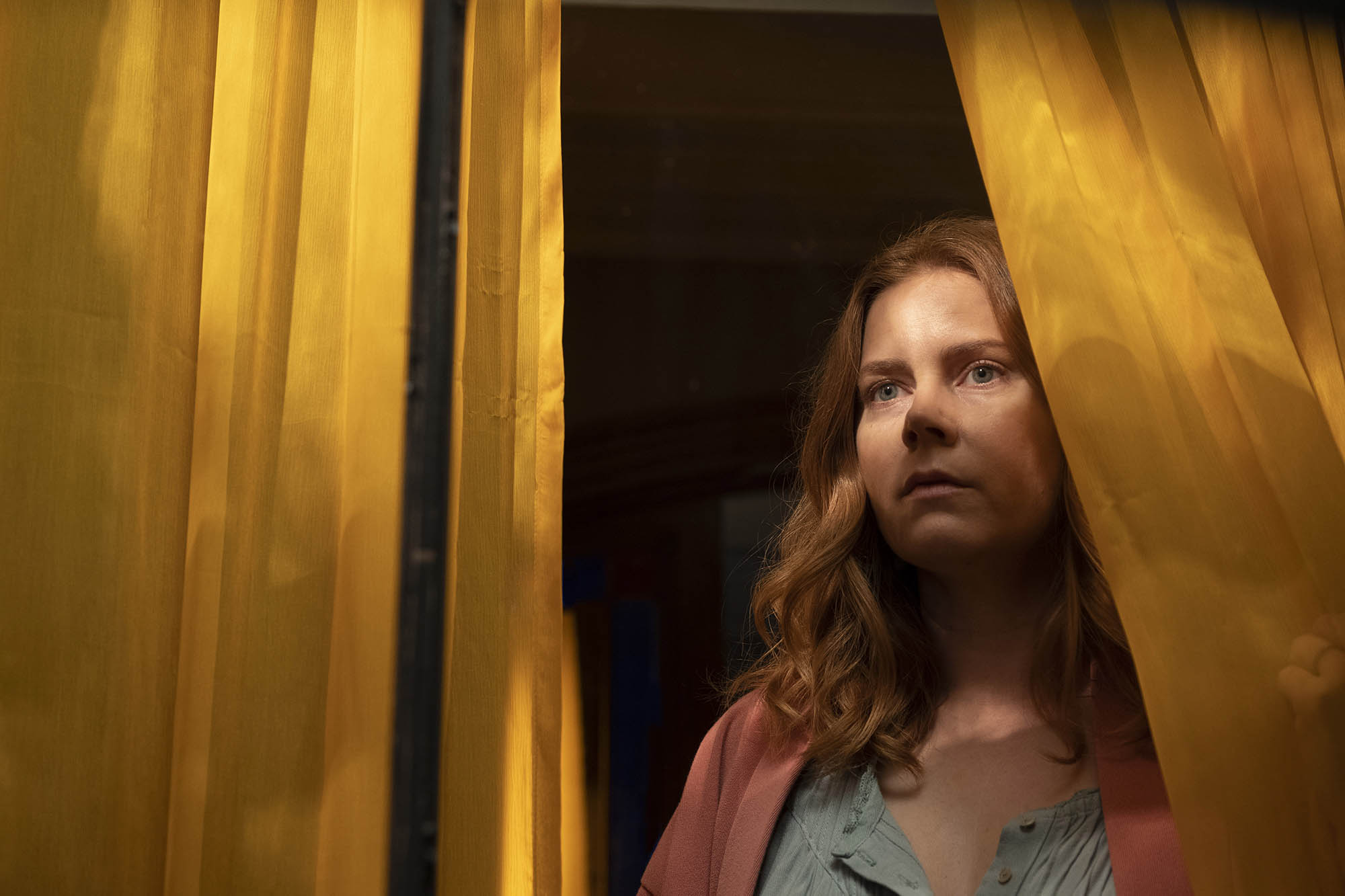 Bearing the name of a Fritz Lang noir masterpiece and flagrantly brandishing its debts to more than one Alfred Hitchcock classic, Joe Wright’s The Woman in the Window seems to be made for Netflix subscribers who spend a lot of time watching movies that aren’t actually on Netflix. And it would seem that its protagonist, the clinically agoraphobic Anna (Amy Adams), is one such viewer. She boasts a collection of classic films on disc that keep her company during her self-imposed isolation in her cavernous Harlem brownstone. Though the film was completed in 2018, the experience of living through a pandemic has made the details of its scenario—seclusion, movie-binging, slipping sanity—eminently relatable. Its creators surely didn’t foresee that 2020 would force so many to adopt an agoraphobic lifestyle.

A thriller that invites an interpretation as the lurid fantasy of a cinephile driven mad by social distance, The Woman in the Window has a fair amount of fun covering ground that we’ve largely seen tread before. The plot, which concerns the possibly delusional Anna witnessing, via telephoto lens, her new neighbor, Alastair Russell (Gary Oldman), murdering his wife, Jane (Julianne Moore), closely rehashes Rear Window in highly self-conscious fashion. One of the earliest shots, perhaps in an oblique reference to video artist Douglas Gordon’s 24 Hour Psycho, even shows the climax of Hitchcock’s beloved 1954 thriller playing on Anna’s television, with the disc player set to advance in frame-by-frame slow-mo.

Anna’s perception of reality is increasingly questioned and undermined by other characters, including Alastair and Jane’s visibly troubled teenage son, Ethan (Fred Hechinger), with whom she had seemed to form a bond—over her home-movie collection, of course. Meanwhile, the references accumulate. Film lovers will no doubt note that The Woman in the Window prominently, even emphatically, features a character who shares a name with legendary actress and pin-up girl Jane Russell. Tracy Letts, adapting A.J. Finn’s 2018 novel, doesn’t let it slip anyone’s notice, as his script insists on having characters repeat her full name. “She is Jane Russell, but we know she isn’t,” a character says at one point, articulating precisely what the viewer may think when they hear “Jane Russell” but see Julianne Moore.

Anna’s Harlem brownstone, which she’s been left alone in after separating from her husband, Ed (Anthony Mackie), is the kind of expressionistic dreamscape you might expect from a ‘40s gothic melodrama, with its winding stairwell and its red-orange curtains that cast a sickly monochromatic glow on the interior. The foyer, with its slender staircase leading directly to the front door, looks quite a bit like the Bates home in Psycho, and with that in mind, it’s suspicious that Anna’s tenant, David (Wyatt Russell), lives in the basement and only seems to talk to Anna. It’s clear that we’re being invited to guess that Anna’s experiences in her empty home are something she’s concocted, brewed from the films, like Otto Preminger’s Laura, that she intensely watches on TV, reciting the dialogue along with the characters.

If it’s all part of a fantasy threaded together from pieces of her beloved classics, this requires that, as in Rear Window, nobody believes Anna at first. The sympathetic but incredulous Detective Little (Bryan Tyree Henry), who responds to her 911 calls, blames the overactive imagination of an idle body and a mildly deranged mind. Here, you may catch whiffs of George Cukor’s Gaslight and Roman Polanski’s Repulsion, as we alternate between the possibility that there’s some kind of conspiracy to lead Anna into doubt about her own sanity, and the likelihood that this woman is simply losing her mind in an empty house.

The highly stylized acting, which seesaws between full-blown hysterics—Gary Oldman is in full-on cheesy-villain mode, redolent of his mid-‘90s heyday as Hollywood’s go-to madman—and unnervingly neutral line-readings, points to the tenuous state of the story’s reality. Spatial and emotional disorientations abound, ensuring that the film is at least consistently engaging. And given the puzzle-box nature of the narrative, it’s easy enough to get lost in decoding even the components that are almost certainly just meaningless noise. Anna’s last name is Fox, the missing signifier from the still-novel “20th Century Studios” logo that opens the film. Is that anything? Probably not, but the film invites you to grasp for such clues.

But if you caught The Woman in the Window’s clearly deliberate callbacks to many a classic in the Hollywood canon—not to mention, if you’ve seen any of the innumerable films of the last two decades in which verisimilitude is progressively undermined by a series of twists and turns—you know more or less where the story’s headed, which dulls the emotional impact that its final act really seems to strive for. Unlike Hitchcock films or Brian De Palma’s many delirious, media-theory-infused homages to the Master of Suspense, The Woman in the Window never manages to transcend the impression that it’s merely being clever.