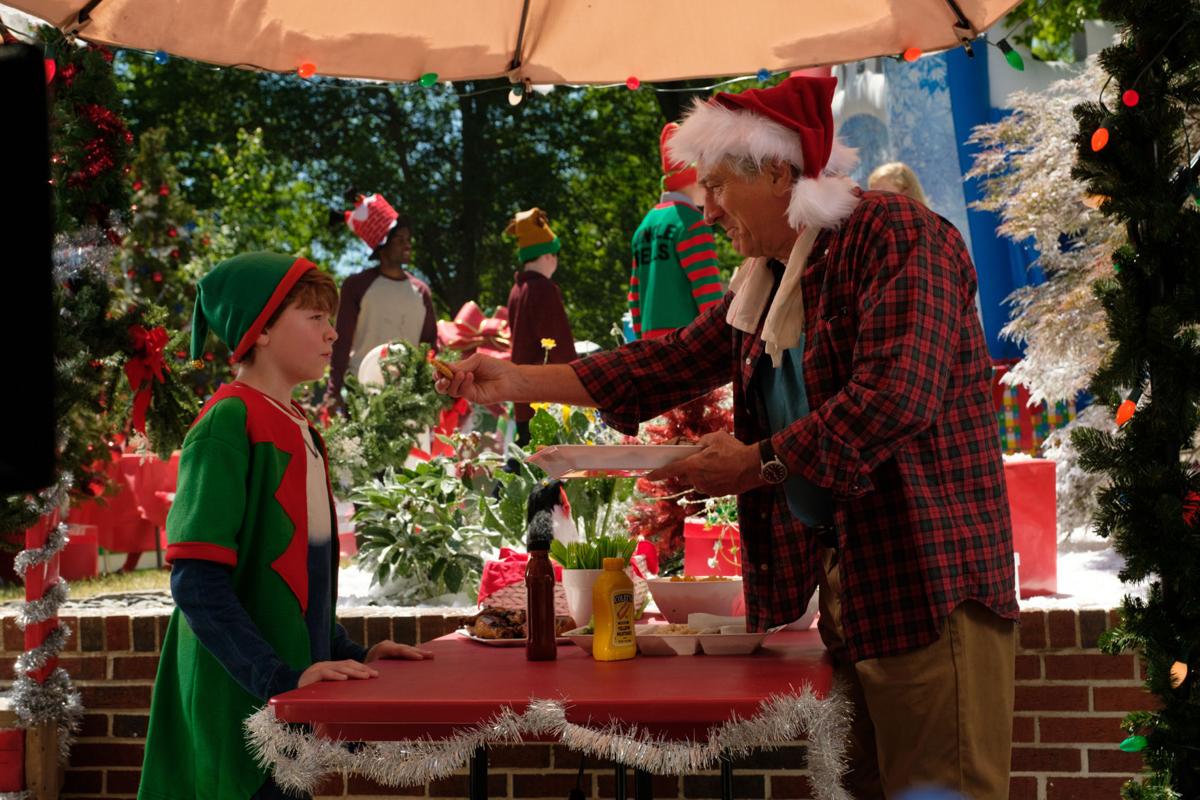 Robert Kimmel Smith’s sweetly playful children’s book The War with Grandpa from 1984 focuses on a 10-year-old boy, Peter, who’s prepared to do almost anything to get his beloved bedroom back after his recently widowed grandfather’s arrival forces the boy up into the creepy attic. But as Peter explains to his six-grade friends when they urge him to burn the old man’s underwear, “I’m a grandson. There are some things I’m not going to do, no matter how much my friends egg me on.” The book’s culminating prank, stealing Grandpa Ed’s dentures, forces Peter to grow up: Confronted with his grandfather’s toothless frailty, the boy takes responsibility for having hurt someone he loves.

If only the Peter (Oakes Fegley) of the film adaptation had such compunctions. Here, Smith’s book collapses under a wide variety of crude gags, such as Robert De Niro falling off a bed, Robert De Niro falling off a ladder, and Robert De Niro falling out a window. Peter’s eagerness to continue the monomaniacal battle for the bedroom even after repeatedly putting Ed (De Niro) in mortal peril makes both him and his grandfather, who starts to respond in kind, doing dangerous things like causing Peter’s bed to give way under him, queasily unsympathetic. The legitimate possibility that the next tumble off the roof could kill somebody also makes it hard to buy the film’s contention that this family war has cheerily reinvigorated Ed’s lonely life.

The War with Grandpa touts itself as family-friendly fare, but any self-respecting gramps should be discomfited by a film that so flagrantly abandons its kid viewers for scenes of Christopher Walken and Cheech Marin, who play two of Ed’s close friends, ogling women in the park with lines like, “Those yoga pants are gonna be the death of me.” There’s also a gross, inexplicable scene involving groping a corpse at a wake. (Director Tim Hill’s previous credits include the 2001 Max Keeble’s Big Move, a similarly prank-infested film with a memorable food fight and a far more committed appeal to kid audiences.)

Even if The War with Grandpa’s cringier moments fly well over many children’s heads, there’s no escaping the numbing, kid-free attempted seriousness of scenes in which Peter’s mother, Sally (Uma Thurman), tries to convince her father to give up his geriatric independence or to treat his son-in-law, Arthur (Rob Riggle), with more respect. Thurman also contends with most of the stale-on-arrival running jokes that desperately pad the film’s running time, from Sally throwing things out a car window and accidentally hitting cops on bikes, to mauling her teenage daughter’s boyfriend, to getting hit by a drone.

Still, the grandfather-grandson heart-to-hearts, few and far between, almost make The War with Grandpa worth all the trouble. In one tense, tender scene, Peter leans over his grandfather’s shoulder to read the “Rules of Engagement” that Ed is drafting, peering at the page as both a scheming adversary and adoring grandson. In such moments, including a blubbery denouement, Fegley and De Niro escape from the barrage of pratfalls to suggest a relationship that restores some sense of reality. Left to their own devices, the film’s stars enter the less manic, more heartfelt realm of the book. But then we’re right back to the world of endless gag sequences, like a rowdy game of dodgeball in a giant trampoline, putridly featuring a senior citizen aiming at a child below the belt while shouting, “Nutsies!” Following that exhausting dodgeball match, Walken’s character wonders, “This place have a bar?” If only.

Review: Over the Moon Is a Beguiling, If Obvious, Retelling of a Chinese Myth