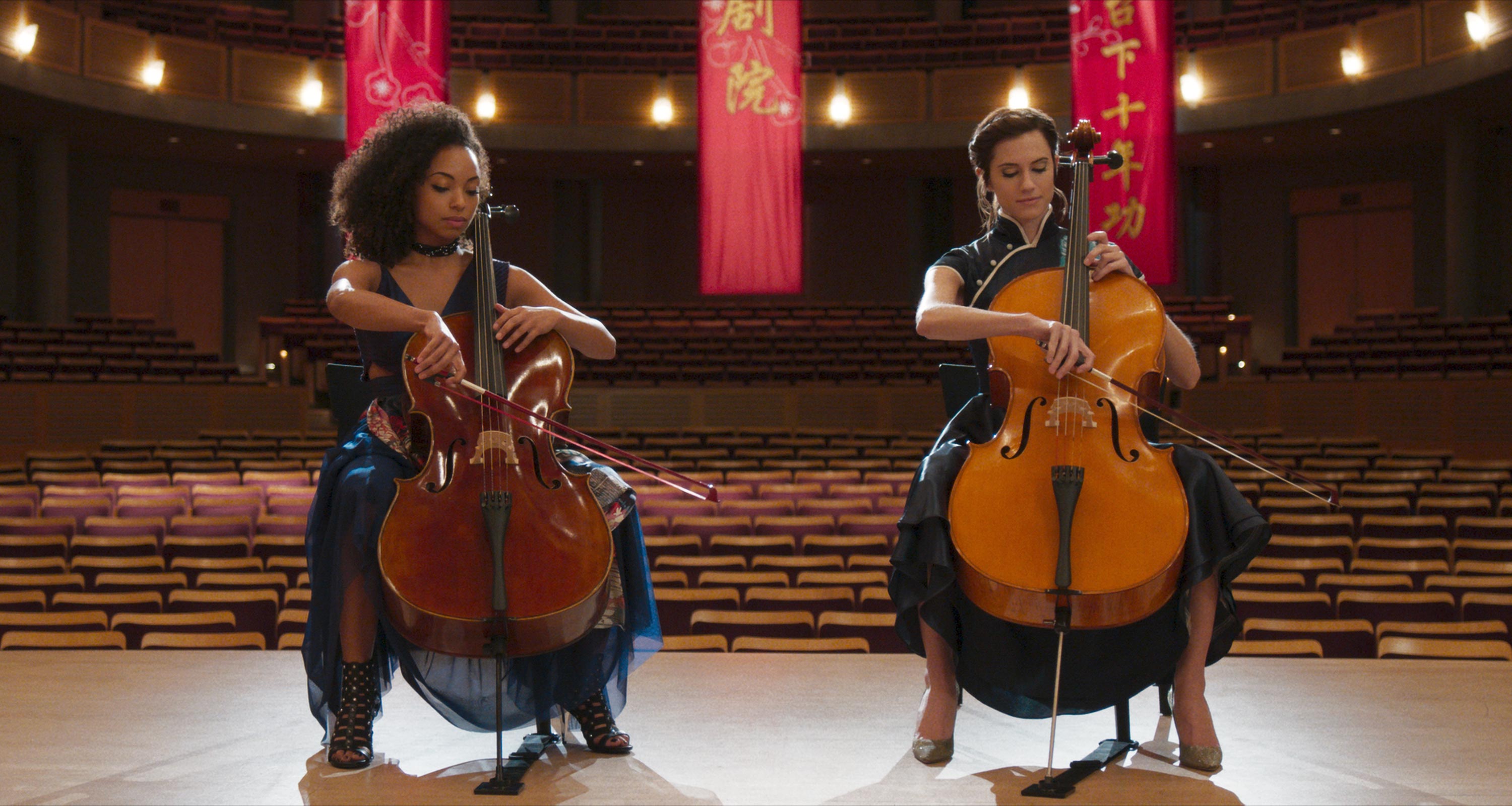 Richard Shepard’s The Perfection is, for better and worse, an ingenious toy. The plot is clever, but the film is all plot. Shepard and co-writers Eric C. Charmelo and Nicole Snyder repeatedly paint themselves into corners, only to free themselves with twists that bring about increasingly diminishing returns. The first switchback is legitimately startling, but the fourth is exhausting and belabored even by the standards of self-consciously cheeky exploitation shockers. As The Perfection mutates from gothic-tinged lesbian romance to body-horror thriller to revenge film, its lack of atmosphere becomes apparent, and the characters begin to seem as if they exist only to move through a labyrinth of gimmicks.

The film opens, promisingly, in Black Swan mode, introducing us to women with potentially rickety senses of self who may come to eat one another alive for our delectation. Charlotte (Allison Williams) travels to Shanghai to reconnect with her mentor, Anton (Steven Weber), who nurtured her to become one of the world’s great cello players, before she retired to care for her ailing mother. (We also pointedly learn, via shock cuts, that Charlotte was institutionalized after her mother’s death.) Charlotte meets Anton’s new pet prodigy, Lizzie (Logan Browning), at a swanky party, and Shepard springs the first and subtlest of the narrative’s many surprises. Conditioned by films such as All About Eve, we expect Charlotte and Lizzie to resent one another and fall into a catty rivalry. However, Lizzie worships Charlotte, and Charlotte doesn’t seem to want to return to the industry, and so the women, free of envy, connect after a night of collaboration, drinking, dancing, and sex.

For Shepard, though, it’s just business, and his disappointing haste squanders the heat that’s been worked up in one of The Perfection’s best scenes, when Lizzie observes an infidelity at a concert and whispers to Charlotte that it makes her wet. Even more egregiously, Shepard glosses over a significant bit of information, as Charlotte claims to have lost her virginity to Lizzie. What would it feel like to be sexually arrested and then to so suddenly fall into bed with someone as attractive, worldly, and confident as Lizzie? Shepard doesn’t care to know—and this confession is eventually revealed to be fodder for one of the film’s many twists.

Shepard’s mercenary pace at times serves the film well. When Charlotte and Lizzie awaken the morning after, the filmmaker sustains, for about 15 minutes, an expert tone of slow-dawning dread. Both women are hungover, but Lizzie is dramatically ill, and Shepard plunges us into her panic and helplessness, capping the scene with the perverse spectacle of Lizzie vomiting yellow maggots against a bus’s windows, clutching her head in pain. Several tensions merge at this point in The Perfection: the fear of being sick in another country, of having to grapple with a new lover’s biological eccentricities, and a basic tension wrought by the violation of narrative expectation, as we’re meant to wonder how we moved from a film in the vein of Black Swan to something in the key of a zombie-outbreak movie. Shepard merges these tonal disparities with a lurid reveal, at which point his film goes completely bonkers.

Funny thing, though: The crazier The Perfection gets, the more mechanical it becomes. Shepard appears to be so proud of the film’s first twist—which pivots on a spectacular gaslighting—that he can’t leave well enough alone. It’s then that the film’s narrative “rules” start changing every few minutes, with Charlotte, Lizzie, and Anton trading the batons of “hero,” “villain,” “victim,” and “avenger” back and forth between them. A film as impersonal and plot-centric as The Perfection needs at least some kind of warped logic to sustain a sense of there being stakes at play. In this case, if anything goes then nothing matters.

Review: Parasite Satirically Feeds on the Ills That Divide a Society

Review: Tarantino’s Once Upon a Time…in Hollywood Is an Elegy to an Era’s Sunset