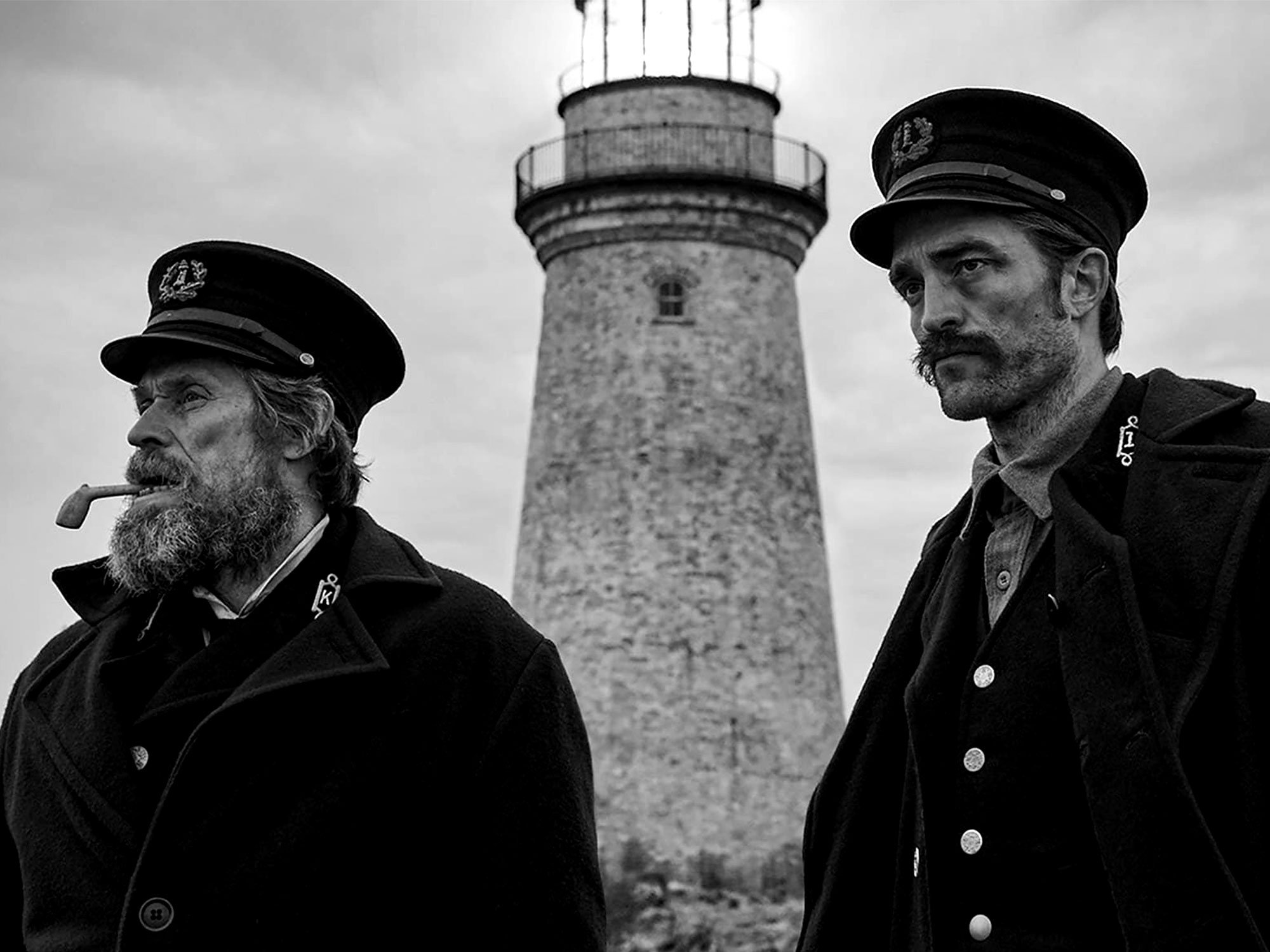 Willem Dafoe farts and Robert Pattinson masturbates vigorously in Robert Eggers’s creepy and unexpectedly, if grotesquely, hilarious follow-up to The Witch. Set in 1890s New England, The Lighthouse finds Eggers again mining the past for an air of mythic portent but loosening the noose of veracity that choked his meticulously researched yet painfully self-serious debut just enough to allow for so much absurdism to peek through.

From the moment that lighthouse keepers Thomas Wake (Dafoe), an experienced old “wickie” with a shuffling gait and a hair-trigger temper, and Ephraim Winslow (Pattinson), his handlebar mustache-sporting assistant, set foot on the tiny island where they’re to spend the next four weeks, they start to get on each other’s nerves. Wake is a slave driver who’s said to have made his last assistant go crazy, and who ignores any and all regulations, while Winslow, who’s on his first assignment as a lighthouse keeper, refuses to drink and be merry with Wake, which causes its own problems. Before long, the two men kick into motion a game of one-upmanship, a raising of the stakes to see who will be the first to drive the other to madness—with flatulence and horniness among the many, many factors fueling that pursuit.

Eggers’s willingness to get goofy, and to not worry about humor defusing his narrative’s macabre horror—as in, say, the cartoonish pummeling that a devious seagull receives—makes The Lighthouse something of a breakthrough for the filmmaker. Diverging from the formula of coiled tension followed by sudden and jolting release that’s favored by so many contemporary arthouse horror films, Eggers parcels out the action in the film, steadily and methodically building toward the psychological breaking point of his characters.

Dafoe and Pattinson are crucial to selling that trajectory, ensuring that every moment here bristles with performative bluster. Dafoe’s surly former sea captain is a blowhard who’s given to sentimental reverie whenever he gets hammered, while his foil is played by Pattinson with slyly vacillating docile subservience and scheming spitefulness. The veteran character actor and dressed-down movie star play off each other exceptionally well, especially when, as is often the case in a two-hander, they have to pull-off a tricky role reversal.

Taking advantage of a bigger budget than The Witch, Eggers shot The Lighthouse on 35mm film. He’s also utilized the 1.19:1 Movietone aspect ratio, which was briefly standardized in the 1920s and is tighter than the already boxy 1.37:1 academy ratio, as a means of emphasizing his vertical compositions and the at times literally stratified relationship between his main characters. At one point, Dafoe’s old codger refuses to share lantern duty, while Winslow toils down below, swabbing decks and maintaining the dilapidated station.

And like Night Tide, a send-up of beach-party movies and cheap ‘50s sci-fi, The Lighthouse aims for self-aware pastiche and pulls it off without smugness. Unlike Harrington’s film, though, it doesn’t register much affection for the forms it’s working with, and can come off like a calculated exercise. Still, Eggers’s ability to take the piss out of his inflated genre movie pastiche, without lapsing into parody, is an impressive and an entertaining feat.

The Nightingale Trailer: Aisling Franciosi and Sam Claflin Star in Jennifer Kent’s Follow-Up to The Babadook