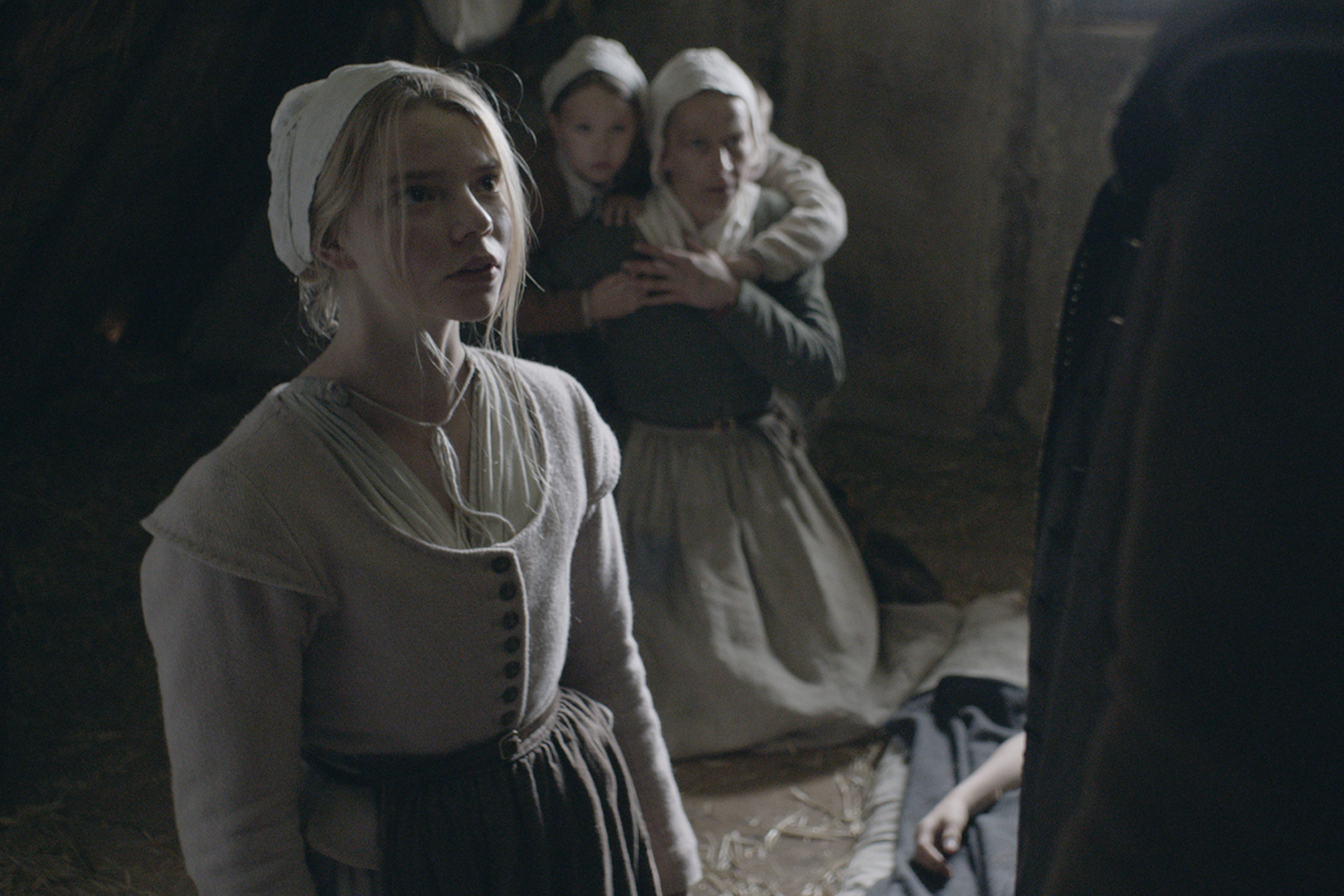 The set of cultural preoccupations that spawned the nightmare figure of the witch now seems determinedly fixed in an earlier, more primitive era, one where the capricious authority of nature appeared as a parallel threat to the indefinable menace of female anatomy and autonomy. Yet even in a contemporary society that believes itself developed beyond superstitious Christian hegemony and paternalist paranoia, the associations that gave life to this myth still persist. The notion of salacious she-demons—their youthfulness maintained through sex pacts with Satan and baths in the pure blood of infants—remains too delicious to completely abandon.

Such signifiers signal a lingering cultural discomfort around feminine free will, which assures that the horror genre’s routine trotting out of this stock fiend is as much about reflecting enduring concerns as providing easy scares. True to the title, a shadowy antisocial bogey-woman is the primary antagonist in Robert Eggers’s The Witch, which remarkably toggles between two representational extremes, indulging the creepy potential of this trope while commenting on the repressive morality which birthed it, vacillating between fear and fascination with the sinister powers of the dark arts.

The film opens in the staid, chilly confines of a rural Puritan church, where a family sits trial for some miniscule violation of doctrine. The year is 1630, establishing the story’s setting in the earlier stages of New World settlement, a period before the modern conception of America had even been conceived. Here, community isn’t just a lofty ideal, but an essential collective safeguard against the deadly callousness of nature. Exiled and forced to fend for themselves, the family develops a small outpost in the middle of nowhere, the sort of barebones homestead that in a classic western might signal a looming massacre by Native Americans.

The Witch makes good on this ominous setup, though the threat is less overt than insidious, toggling as the film does between supernatural and symbolic modes, the latter expressed through cabin-fever meltdown as the family turns against itself. Focused on the perspective of the adolescent Thomasin (Anya Taylor-Joy), the story pits the dedicated religious practice of this small clan against the expansive chaos of the surrounding forest, a place literally governed by the menacing agrarian spirit of a hut-dwelling witch, who gives life to the woods while casting rot upon the family’s nascent corn crop.

Eggers does an admirable job of synchronizing the film’s paranormal and domestic spheres, setting up a vice-grip scenario in which Thomasin has no possibility of escape. Her family’s restrictive religious practices are as domineering as the forlorn, featureless landscape which surrounds her, and this atmosphere only grows more stifling as the family pins blame on the girl for their mounting misfortunes. Yet Eggers is less successful at reconciling this approach, as his refined artistic overtones are dependent on cheap scares and trite occult imagery. These two methodologies collide in an exorcism scene that lands somewhere between both extremes—a calling-card showstopper that’s strikingly staged and acted, but both overblown and distracting from the otherwise patient dispensation of suspense.

If the tendency toward jump-scare theatrics can be imagined as a sop to audiences potentially put off by the film’s otherwise modest presentation, The Witch offers comparable familiarity for the art-house crowd, a quality which helps explain its popularity on the festival circuit. Positioning itself among a specific vein of highbrow phantasmagoric spiritualism, Eggers’s debut owes a serious debt to the unsettling ambiance of Tarkovsky’s The Mirror, Polanski’s politically tinged psychological thrillers, and Ken Russell’s gonzo period pieces. The film’s running preoccupation with a hardline, self-denying moral system crumpling in the face of gloom-tinged reality also comes off as innately Bergman-esque, as does the remote, morose setting, and all this signposting becomes distracting. Such borrowing only calls attention to the fact that, for all his directorial chops, Eggers doesn’t have the singular stylistic flair to compare to any of the titanic auteurs to whom he’s paying tribute.

The Witch’s resultant atmosphere of drab, solemn weightiness, while effective in establishing an environment of self-denying dread, contrasts with the nimble levity of its more direct forebears. Beneath all the dourness, the film’s central self-discovery narrative and subversive subtext aligns most closely with mystical, liberation-minded esoterica like Valerie’s Week of Wonders, Shadows of Forgotten Ancestors, and Daisies. The story’s essential detail remains Thomasin’s uncomfortable position at the cusp of womanhood, and its most memorable moments stem from gestural and imagistic morsels arrayed around this fact: the foreboding appearance of menstrual blood, the sudden transference of a beaming infant into bloody body lotion for a withered crone, or the sight of the young girl’s budding breasts drawing in her brother’s guiltily fascinated glance. Routinely abused, her nascent femininity ascribed as a cause for divine punishment, Thomasin is forced to reckon with the real meaning of the beliefs instilled in her since birth. The character’s suffering is representative, but never pitiful, eventually leading to a stunning concluding reversal, in which the narrative’s domestic conflicts rapidly implode, as its supernatural ones take on new significance.

The film’s long-simmering subtext becomes explicit in this final scene, all fear evaporating in an orgiastic rendering of unholy bliss. This glorious expression of the ecstasy of liberation confirms what the film has been up to all along, cementing its subtle parable about release from the strictures of despotic, close-minded religiosity. In making a complex statement on the societal treatment of female bodies that doubles as an extensive allegory for all manners of scapegoated and marginalized groups, Eggers summons up what seems like the definitive nightmare of America’s religious right; the desire for frontier self-sufficiency and old-fashioned values is revealed as hollow and rotten. By allowing the monster to win, The Witch overcomes its flaws, as the film’s reworking of a tired horror trope into a transformed feminist symbol stands out as an impressive act of genre revisionism.