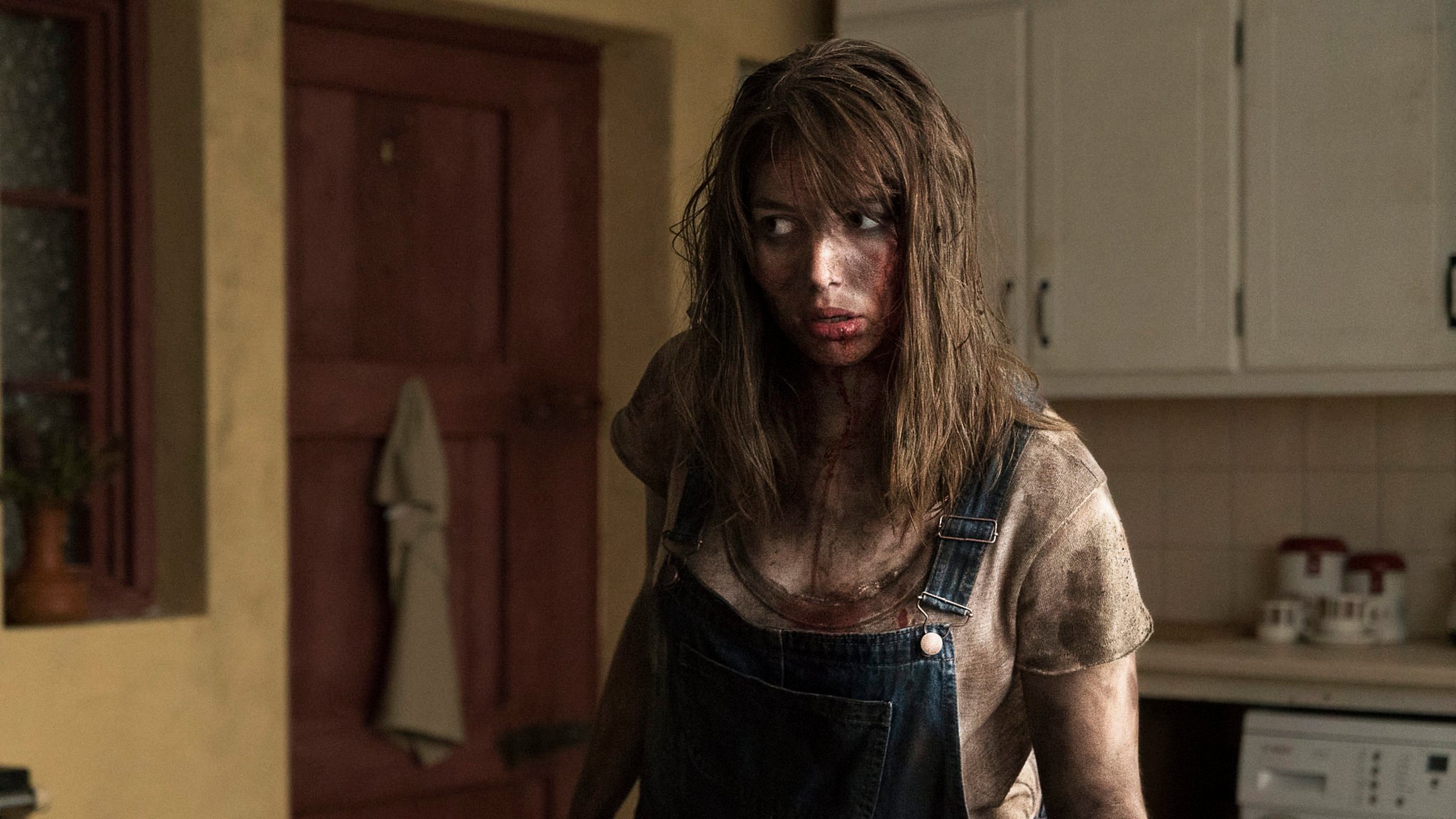 Lee Cronin’s The Hole in the Ground belongs to a subgenre that’s currently on the rebound: the slow-burn supernatural family psychodrama, in which the boundaries between figurative and literal demons become decidedly murky. Jennifer Kent’s The Babadook and Ari Aster’s Hereditary mined similar terrain, and Cronin also perhaps coincidentally favors drab browns and grays that connote lingering evil, which, in this case, lurks in the Irish countryside. For some reason, Sarah (Seána Kerslake) flees with her young son, Chris (James Quinn Markey), to an almost laughably creepy and creaky farmhouse out in the middle of a woods that includes a sinkhole the size of an upturned astrodome. Needless to say, this spells trouble for a boy who likes to wander new terrain with his toy soldiers.

Cronin has a more playful touch than Kent or Aster, which offers a trade-off. The Hole in the Ground is less of a pummeling sensory overload than The Babadook and Hereditary, but it’s also less cathartic than those films. If The Babadook and Hereditary collectively evoked The Exorcist and Hellraiser, among other works of “hard” horror, The Hole in the Ground bears a closer resemblance to a M.R. James story, which occasionally leads the reader to speculate on the eeriness of what almost happens. Quite a bit of the fun of The Hole in the Ground resides in guessing how Cronin’s shopworn signifiers fit together, as he offers a smorgasbord of portentous elements that include a crone by the roadside, the aforementioned hole and the woods, a pointed reference to Sarah’s medication, and Chris’s newfound sense of inhuman formality. There’s also, of course, a past atrocity that haunts Sarah and Chris’s new residence.

Yet the film gradually becomes something more than a mixtape of horror gimmicks, as it homes in on a frightening real-world subtext. Chris’s changing behaviors, which include chillingly crawling on the floor of his room like an animal and eating a large spider, are rooted in the distance that comes between Sarah and Chris after they leave Sarah’s abusive husband. There’s an unspoken sense that Sarah’s arising revulsion with her son may be rooted in how he reminds her of his father, and there’s a particularly moving scene where we see Sarah’s disgust with Chris as he eats spaghetti, which Cronin frames in a cruelly unflattering close-up.

This moment is disturbing because here Chris resembles any little boy who eats messy in the timeless tradition of little boys, and so Sarah’s panic seems disgustingly un-empathetic even to those of us who’re well-versed in the traditions of “bad seed” narratives. Chris’s robotic demeanor instinctually scans as an act of instinctual over-compensation for his mother’s blossoming rejection of him. Which is to say that the film’s haunted-house tropes are powered by real neuroses, and Cronin keeps The Hole in the Ground humming by prolonging the reveal of the true menace. For much of the film’s running time, the audience is primed to wonder whether the hole in the ground is driving Sarah or Chris insane—or both.

The film’s unoriginal solution to its mystery is redeemed by the streamlined ambiguity of Cronin’s images. When Sarah inevitably descends into the hole in the ground, she encounters an eerily unpopulated world of primitive, claustrophobic tunnels that brings to mind the imagery of Henry Kuttner’s short story “The Graveyard Rats,” as well as the chief setting of Neil Marshall’s The Descent. Cronin never entirely explains the mythology of the evil hounding Sarah and Chris, allowing The Hole the Ground to attain a surreal and frighteningly arbitrary majesty. At the end of the film, Sarah still can’t entirely discern the emotions running under Chris’s face, and this uncertainty underscores the dread running underneath familial life, in extremis as well as in supposed peace.

Living with the Dead: The Films of George A. Romero Ranked

Review: The Wedding Guest Plays Against Type in More Ways than One