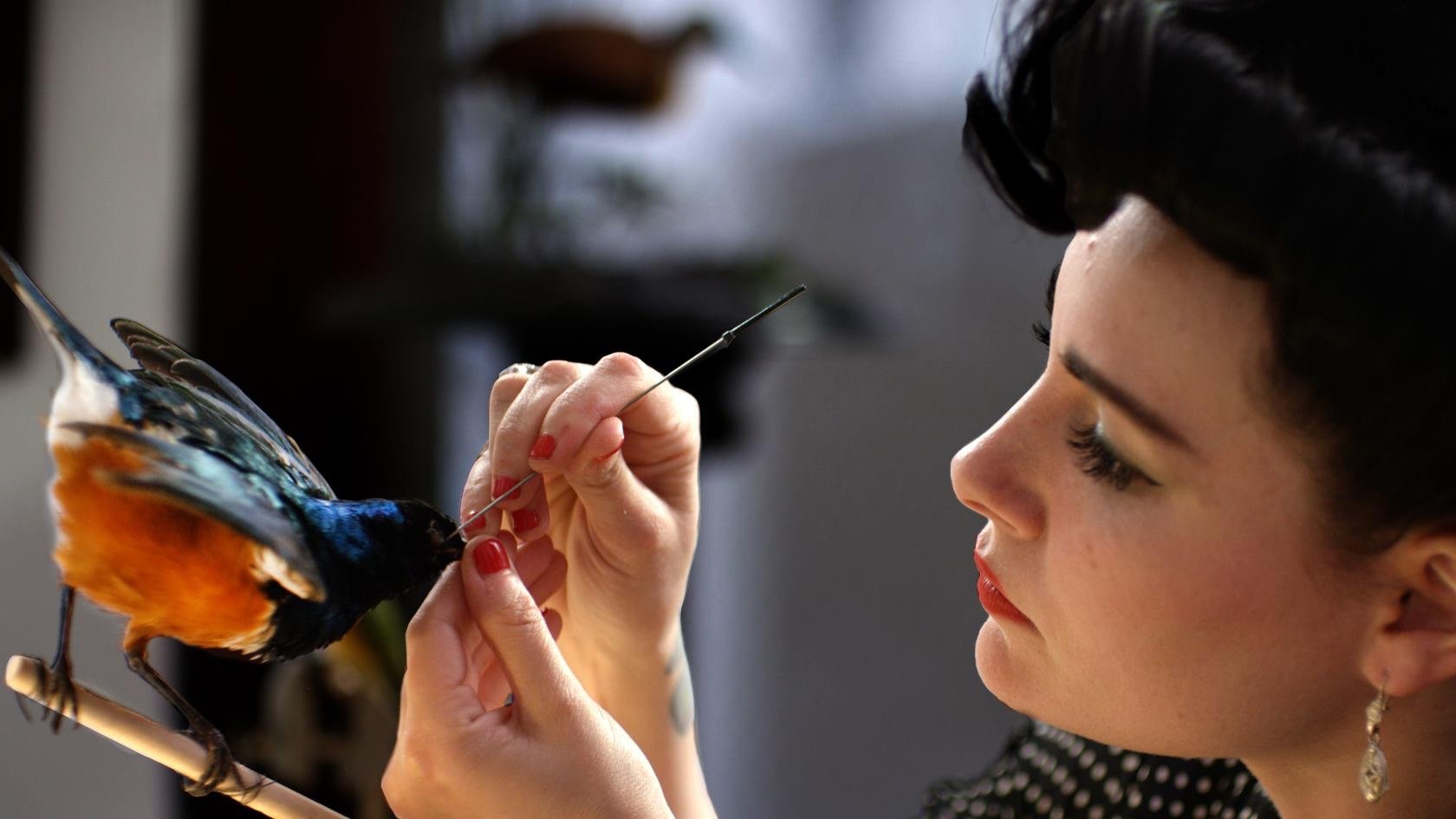 Erin Derham’s Stuffed opens with a montage of the various taxidermists she profiles throughout her documentary. This opening lays bare the film’s argument in unmistakable terms: that taxidermy is an art form, closer to the work of Tim Burton than that of Norman Bates. But it also exposes the film’s most unbearable flaw, as Derham supports her hagiographic argument by sewing together her case studies with a relentless, and relentlessly generic, score that speaks to her devotion to formula.

It’s an unadventurous formula at odds with the documentary’s attempts to establish taxidermy as a highly complex, anti-paradigmatic endeavor involving great amounts of scientific precision, as well as creative audacity and whimsical experimentation. Derham insists so much on taxidermists’ labor being more than the mere production of replicas that her refusal to adopt a more playful aesthetic approach as she portrays the quirky imagination of taxidermists feels like equivocation. It’s as if she approached the documentary’s making with thick rubber gloves, thus inoculating herself from taxidermy’s subversive spirit.

This may be the result of a certain courting, conscious or not, of digital streaming platforms through the mimicry of impersonally glossy production values. In any case, it leaves the viewer in a position akin to that of the fussy eater trying to pick unwelcomed ingredients out of their food. We want to savor the taxidermists’ artistry, except the clichéd polish that envelops the film keeps getting in the way. It’s an artistry that’s bold by design, as the taxidermist utilizes dead matter not with the utilitarian goal of resurrecting it, but as raw material to sculpt something altogether new. If the Paris Museum of Hunting and Nature invited artists Sophie Calle and Serena Carone in 2018 to intervene in its collection of retired guns and taxidermic realism precisely because of the unusual juxtaposition of conceptual art and refurbished dead matter, moose in red gowns and all, Stuffed defines taxidermy itself as already marrying fanciful concepts with the illusion of beastly or avian resurrection.

Taxidermist Madison Rubin tells us she loves “seeing the insides and the anatomy of things” as she skins 11 ermines with the meticulousness of a sculptor, or a dollmaker. Others evoke the resurgence of taxidermy, which used to be particularly popular in the Victorian era, in these times of digital de-materialization. And some attest to the specificity of the medium—how no other art form can convey texture the way taxidermy does. Yet Derham seems more invested in glossing over the numerous chapters she’s divided the film’s narrative into than in exploring the depths of her story. Taxidermy and sustainability, taxidermy and climate change, the ethics of taxidermy, taxidermy and museums, taxidermy as a business, taxidermy in fashion—all of these get addressed too rapidly, sometimes in just a couple of minutes.

The rush feels particularly unfortunate when Derham turns her attention to rogue taxidermy, a Lynchean subgenre located at the intersection of dioramas, cabinets of curiosities, and surrealist art. Here, Calle and Carone’s red ballgown-wearing stuffed roadkill would feel right at home—that is, delightfully out of place in the world. Instead, Stuffed quickly continues in its quest of a happy, peppy denouement to match the pristine porelessness of its sheen.

Review: Tell Me Who I Am Is as One-Sided as the Curated Lie at Its Center

Review: Trick Will Treat You to Meatheaded, Commentary-Free Ultraviolence