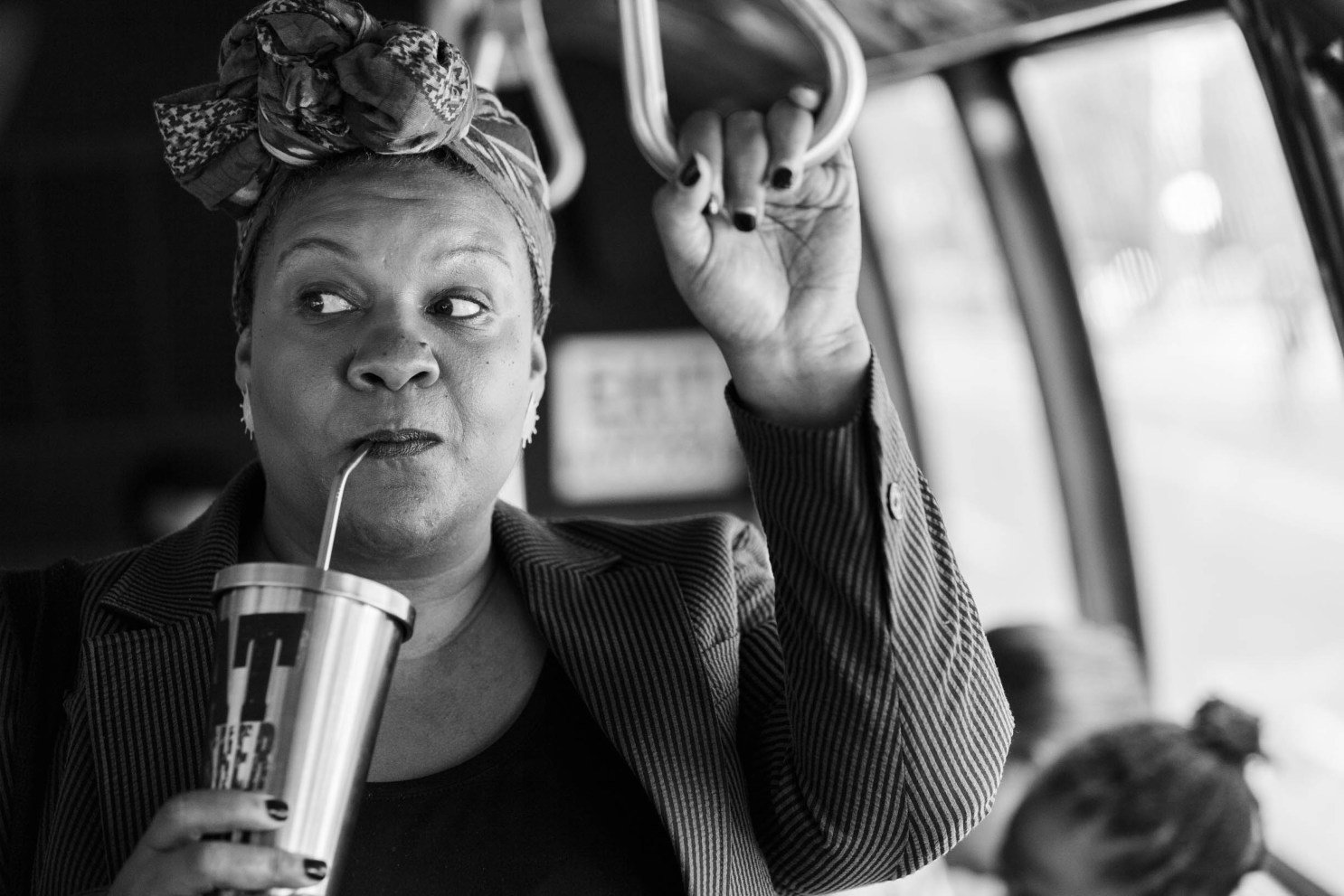 With The Forty-Year-Old Version, writer-director-star Radha Blank contemplates a woman’s 40th year as a no-woman’s land, her dissipating aspirations of youth on one side and the uncertain direction of early middle age on the other. Radha’s character won an award for up-and-coming under-30 playwrights more than a decade ago; now, a matter of months before her 40th, her only recently mounted script is a workshop production of Harlem Avenue—an uninspired-sounding chamber drama about gentrification. Most of her income comes from teaching an after-school theater program to horny, rambunctious teens. Their most enthusiastic idea for a play is a sci-fi epic about personified spermatozoa battling their way through a treacherous vaginal canal toward the elusive ova.

“I’m either gonna kill or fuck one of these damn kids,” Radha exclaims over the phone to her tirelessly loyal agent and longtime bestie, Archie (Peter Kim), a line that encapsulates the tumult of her inner life with a strident frankness that makes it clear that it’s only barely hyperbole. The frustrations of her sexuality as a big, single black woman who lives with one foot in the predominantly old, complacent (and largely white) world of New York theater, and the other in the whirlwind of hormones at a (largely non-white) Harlem public high school, lead the film on strange tangents, like her passing fixation on white men with big asses. Blank approaches such material with an endearing, self-deprecating honesty, particularly when it comes to bodily faults (like the way her knees crack whenever she kneels) and sexual urges.

Fed up with the hubris and racism of liberal theater elites (“12 Angry Men with an all-female cast!”), as well as with their superficial attempts at socially conscious theater, Radha distances herself from that scene, re-styling herself as an MC under the name RadhaMUS Prime. Her rhymes, idiosyncratic narratives about aging and the racism of theater culture, eventually draw the admiration of a beatmaker, D (Oswin Benjamin), who she enlists to add backing tracks to her words. D is a twentysomething whose self-assured terseness provides a comic contrast to Radha’s effusiveness and lack of decisiveness—if not quite the sexual tension the film needs to supply in order to sell us on the mutual attraction that develops between them.

While Radha has been laying down rhymes with D, Archie has convinced slimy producer Josh Whitman (Reed Birney) to take on Harlem Avenue—pending the injection of some “crowd-pleasing” characters and musical numbers. Radha goes along with these alterations, but a confrontation with Archie is brewing as she decides between returning to the world of theater or pursuing hip-hop. Blank peppers her depiction of the theater scene with eccentric characters that serve to mock the theater both as a business and a creative process—as with the excessively self-serious Afro-centric playwright Forrest (Andre Ward), who looks down his nose at Radha, presumably because her creative process involves less patchouli incense.

Other colorful side characters—like the sardonic homeless man, Lamont (Jacob Ming-Trent), who keeps a running commentary on Radha’s life from the sidewalk opposite her apartment—form a lovingly caricatured portrait of our protagonist’s milieu. Feedback on Radha’s decisions from other neighborhood figures is inserted as videotaped asides, with characters speaking into the camera in a boxed 4:3 aspect ratio. But while The Forty-Year-Old Version excels, like Spike Lee’s Do the Right Thing, at populating a neighborhood with instantly memorable figures, some narrative elements, like the back-and-forth with Whitman over whether he’ll produce Harlem Ave, sees the film fully delving into caricature. And the film drags toward the end as Radha makes separate resolutions with herself, Archie, D, and her students.

That said, it’s not like we’re unaccustomed to American comedies taking their time to reach the finish line. Judd Apatow—whose 133-minute feature-length directorial debut is paid playful homage by the title of Blank’s film—is still making hit movies after all. Regardless of a few thin narrative contrivances, The 40-Year-Old Version has undeniable spirit. While it tells the story of Radha’s entry into hip-hop from the world of theater, it attests to Blank’s successful turn to directing after a long career as a playwright and screenwriter. Radha’s remaking of herself, her recognition that she can step back from theater and the opposing expectations of theater gurus like Whitman and Forrest, contains an uplifting, unpretentious truth about aging: It’s never too late to make a new start.