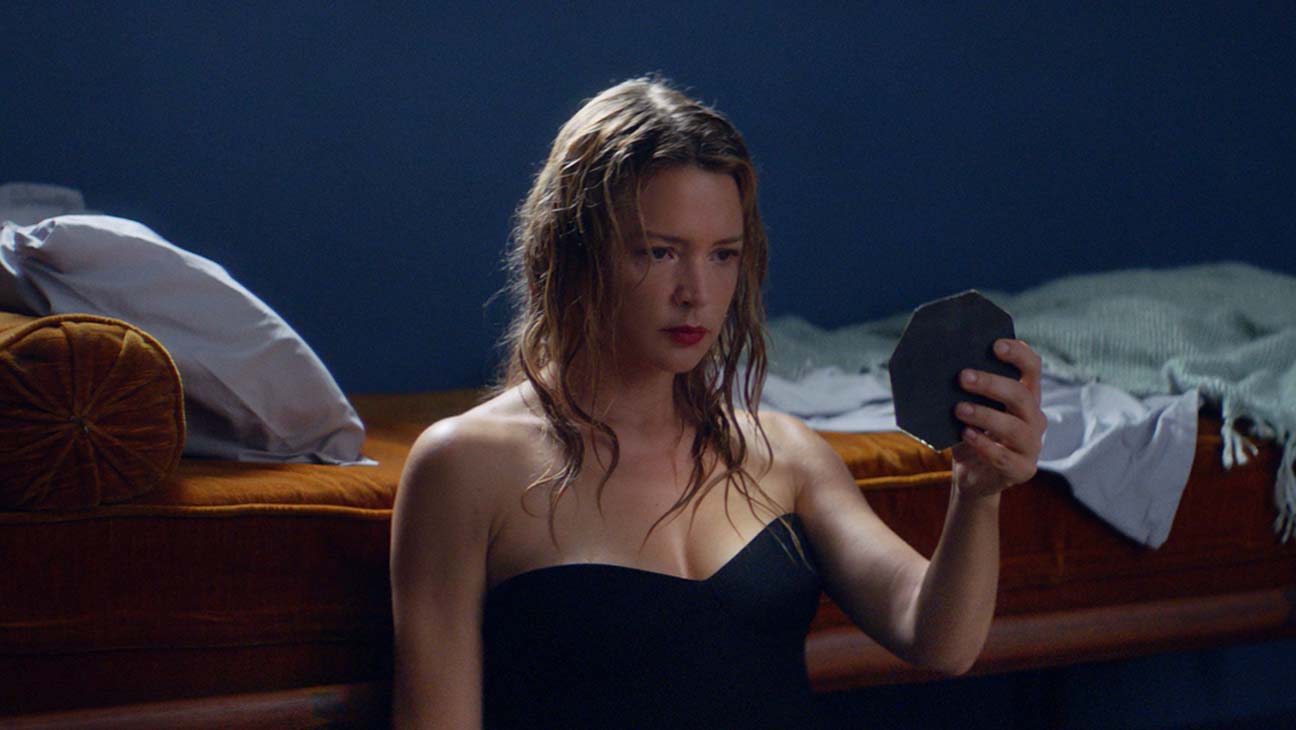 Justine Triet uses the relationship between the creative process and the work of psychoanalysis, or its simplified cinematic version, as raw material for her latest dramedy. Sibyl follows the madcap efforts and subterfuges that the eponymous alcoholic therapist (Virginie Efira) deploys in order to finally write a novel. And the first step she takes is to get rid of most of her patients—most, not all, so that there’s always a lifeline connecting the new Sibyl to the old one. That is, so Sibyl never has to truly let go of anything at all.

This tactic, beyond mere plot device, is the first crucial clue, or symptom, that Triet discloses about Sibyl as the filmmaker smartly humanizes the figure of the therapist as someone in desperate need of a therapist herself. The initial line in Sibyl’s (non-)emancipatory equation, to start anew by keeping her old life handy, is one of the film’s many instances of mirroring, as some viewers will easily recognize in Sibyl’s pursuits their own tendency to make half-decisions. Which is to say, the way we can fool ourselves into thinking that we’re pursuing something whereas we’re secretly pursuing something else—something less avowable.

Sibyl’s fragile sobriety, and the endless ebbs and flows of addiction, literalize this universal defense mechanism against losing. As in real life, everything in Sibyl is a replacement, or a double, for previously experienced pain or pleasure. Fascinated by the struggles of her newest patient, Margot (Adèle Exarchopoulos), Sibyl poses as an analyst in her own therapy room as she uses Margot’s grievances as content for her novel, turning the analysand into a character.

It’s at that very moment, and at that moment alone, that Sibyl’s novel is written—the very modus operandi of creative and analytic practice. Stepping back in analysis is, Triet seems to say, very much like becoming the editor of one’s own novel, a way to look at the people around us, and the ones we have been, like characters, so one can take a moment and acknowledge the narrative of one’s life. This can be a freeing acknowledgement, albeit a difficult one. As Sibyl says at one point, life is a work of fiction: “I’m at the heart if every decision.” Therefore, she must have the ability to, at best, rewrite her history, and at the very least reinterpret it.

Sibyl’s humor is similar to Toni Erdmann’s most light-hearted moments without ever quite managing to cook up the pathos of Maren Ade’s film. But Triet’s ability to wrap up tragedy in a vaudevillian fabric is what makes Sibyl such a palatable and unpretentious affair. Margot is an actress having an affair with her co-star, Igor (Gaspard Ulliel), who happens to be dating the director, Mika (Toni Erdmann’s Sandra Hüller), of the film they’re working on. Margot ends up pregnant by Igor and depositing her life decisions, including whether or not to have an abortion, in Sibyl’s hands. Mika finds everything out and Sibyl is summoned to work as therapist, or savior, of the sinking film project. She’s happy to surrender to the lack of ethics that such closeness to Margot entails, recording their therapy sessions to serve as remedy for her writer’s block, and eventually joining the actress on the set of Mika’s film.

It’s at its most farcical that Sibyl yields the deepest insights into the film’s characters. Sibyl gets sucked into Margot’s world, to the point of becoming her co-worker, and her own director for at least one of the film-within-the-film’s scenes, where she gives directions to Igor and Margot on how to move their limbs during a love scene being shot on a yacht. It’s here that the narrative becomes increasingly over-the-top, but the film continues to feel credible because Triet is very much aware of its absurdities, and in control of them. Transitions to flashbacks where audio is all but absent tell us that the filmmaker is less committed to some make-believe realism than she is to the tricks that memory and language can play on us.

Triet, too, makes visible that she’s in on the homoerotics of Sibyl and Margot’s arrangement without overplaying her hand. In one scene, Sibyl is asked to feed Margot her lines for Mika’s film, essentially playing Margot’s romantic partner from off-camera. The future audience of the film-within-a-film would never know who was really the object of the actress’s gaze, if anyone at all. Here, that most Freudian of metaphors about love, so cinematic in its logic, takes shape: to see the other is to take them for someone else.

Review: Joker Is a Punishingly Self-Serious Mishmash of Borrowed Parts

Review: The Goldfinch Clamors with Melodrama and Existential Anguish