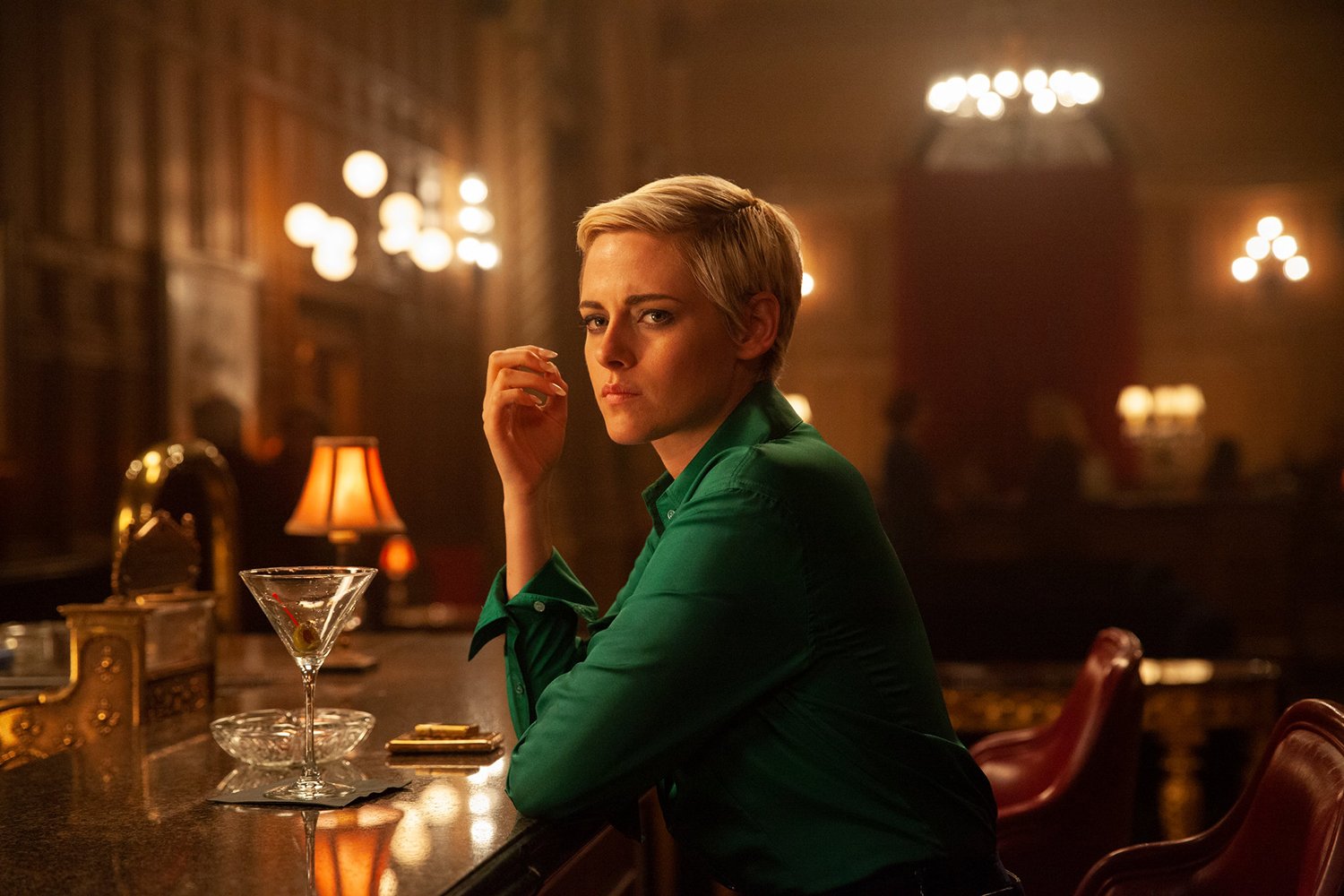 During her return to Hollywood in the late 1960s, Jean Seberg became a visible supporter of the Black Panther Party. This put her on the watch list of J. Edgar Hoover’s F.B.I., and, hounded by their surveillance and muckraking, she would die of an apparent suicide in 1979. It’s a tragic story, but on its face, it’s not material for a political thriller, even if Benedict Andrews’s Seberg tries halfheartedly to make it one.

In transforming Seberg’s life into a plot-heavy narrative of secrets, intrigue, and betrayals, the filmmakers occlude the most fascinating and potentially powerful elements of her history. And, along the way, they do something of a disservice to the actress’s memory by stopping short of depicting her tragic end—concluding the film, of all places, at the end of a redemptive arc for Jack Solomon, an F.B.I. agent played by Jack O’Connell.

Kristen Stewart plays Seberg as a basically honest but somewhat impulsive woman whose fragility is almost always apparent, given the unsteady gazes and fidgety movements that are Stewart’s trademarks as an actor. It’s a performance that lacks a certain specificity. Even if Seberg suffered from doubts, she could put on a certain small-town Midwestern solidness, as is apparent in interviews from the ‘60s. Stewart’s indifferent imitation of the real Seberg’s diction-coach-inflected Midwestern accent also sticks out for its inconsistency, constantly pulling the viewer out of 1968 and muddling our sense of who this woman is meant to be.

But if Stewart’s Seberg is vaguely drawn, she’s a Rembrandt portrait in comparison to the cardboard F.B.I. agent that Andrews and screenwriters Joe Shrapnel and Anna Waterhouse construct as the secondary main character. The film constantly intercuts between Seberg’s activism and bid for Hollywood stardom and Solomon’s surveillance of and growing sympathy for her. A decent, milquetoast G-man, Solomon essentially exists here to recuperate the image of the F.B.I., even as he’s portrayed as being in charge of the campaign against Seberg. While his hypermasculine colleagues trade racist jokes and exploit their male privilege—patently illustrated in an extraneous scene in which his partner, Carl (Vince Vaughn), essentially commits domestic abuse over dinner—Solomon is set up as the idealized model of an F.B.I. agent, a consummate professional interested only in uncovering crimes.

Admittedly, some of the more interesting parts of Seberg come from Solomon’s research: As he watches iconic moments from the actress’s career, recreated by Stewart, he begins to assemble a portrait of a woman damaged by both Hollywood’s and the federal government’s efforts to control her life. In scenes that might have had more impact if either character had more definition, Seberg imprints herself on Solomon through black-and-white footage and surveillance tapes, and, at times, Seberg gestures toward a Hollywoodized version of The Lives of Others. Eventually, Solomon begins informing on himself, making anonymous phone calls to Seberg to tell her she’s under watch. But Solomon is too conveniently good, too isolated from the reactionary “boy’s club” culture of the F.B.I., for his transformation to carry much weight. Furthermore, this fabricated character functions to glom a handy moral redemption onto a story that would not appear to have many good feels readily available to it.

In fact, there’s much here that feels too convenient. For one, the filmmakers downplay the radicalness of supporting the Black Panther Party and their allies in 1968. The story is told from a perspective in which lending such support is almost transparently the right thing to do, even if it flies in the face of Hoover’s F.B.I. This is admirable, in a sense, but it gives us little impression of the tumult and uncertainty of American society in the late ‘60s. For a film about a period of unrest and the icon at the center of Godard’s aesthetically groundbreaking Breathless, it’s also markedly conventional. Andrews plays it safe with his framing and storytelling, not capturing much of a sense of atmosphere in his depiction of a society and a Hollywood institution undergoing waves of turmoil and reorganization.

Furthermore, the filmmakers’ choices regarding narrative focus are telling: Solomon’s half of the story drives the most important pieces of the plot—since it’s the surveillance that ruins Seberg’s relationships and fractures her sanity. Meanwhile, her lover, the black radical Hakim Jamal (Anthony Mackie), and his wife (Zazie Beetz) are turned into functionaries of the main white characters. Surely these historical figures, too, experienced mental anguish at the hands of the F.B.I.’s surveillance apparatus, but their oppression, when discussed here, becomes mere background to Seberg’s breakdown. Once again, black liberation becomes white people’s story, as Seberg’s connection with a movement composed principally of black people is subordinated to the film’s gratuitous interest in planting a good man in the F.B.I. Unable to imagine and unwilling to explore what oppression truly feels like, it contents itself with saying the right things and centering white people as the sole agents of history.

Slant’s Best Films of 2019: The Runners-Up and Individual Ballots

Review: Black Christmas Takes a Simplistic Stab at the Battle of the Sexes