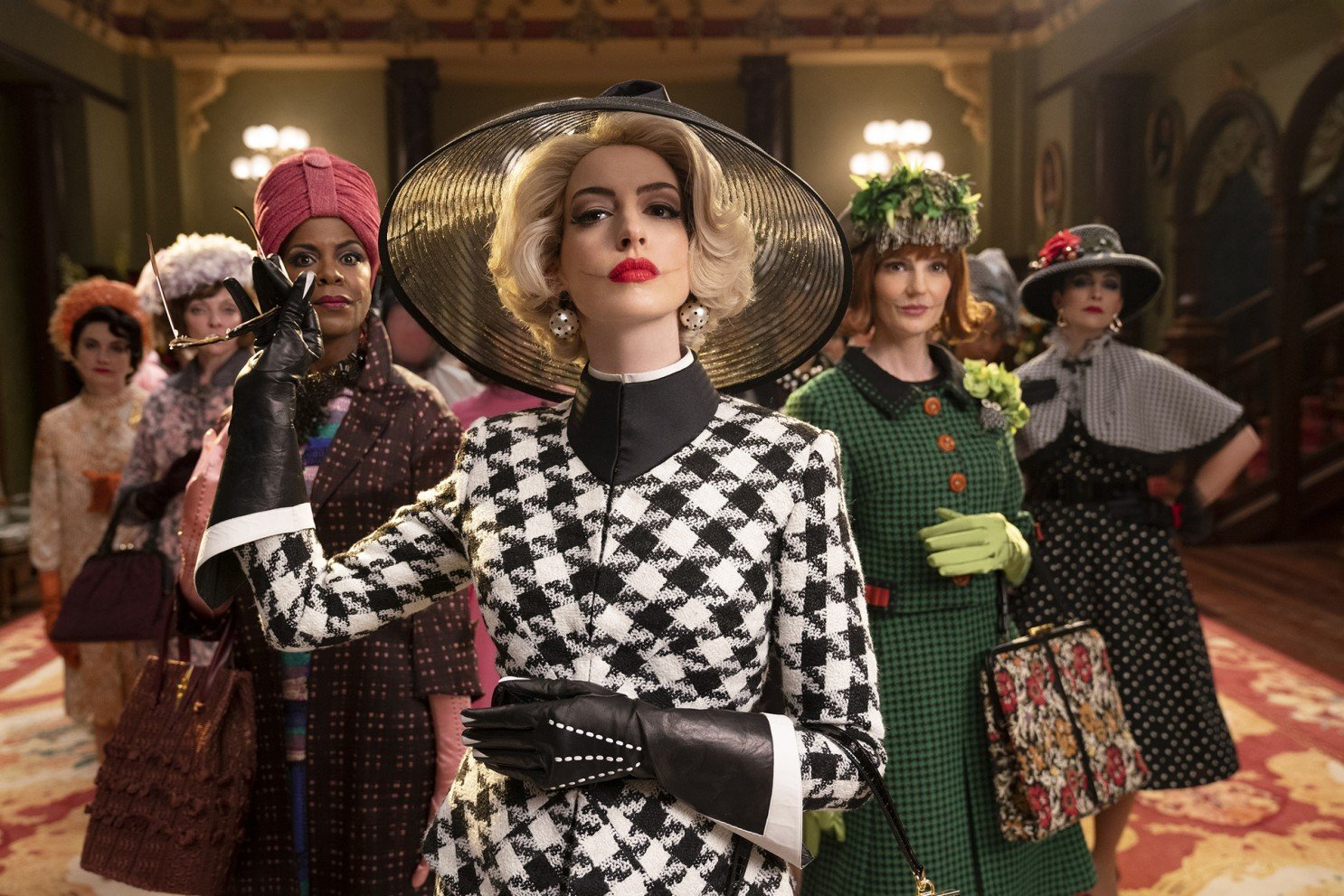 For anybody arguing that the grand potential for boundary-breaking entertainment in 2020’s wide-open world of content-hungry streaming services has produced more mediocrity than anything else, Robert Zemeckis’s take on Roald Dahl’s dementedly fun short novel The Witches could serve as a key piece of evidence. While there are some elements to admire in this adaptation, particularly its being cast with mostly black performers, much of it falls into the category of Competent But Unnecessary Remake. In other words, another piece of family-friendly-ish content to fill the yawning hours of pandemic confinement.

While the setting is shifted from late-1980s Europe to 1968 Alabama, the bones of the story—scripted by Zemeckis along with Guillermo del Toro and Black-ish creator Kenya Barris—match those of Nicolas Roeg’s 1990 adaptation. An orphaned and unnamed young boy (Jahzir Bruno) is sent to live in with his kindly but starchy Grandma (Octavia Spencer). After a frightening run-in with a snake-carrying woman who eyes him like he was a tasty piece of candy, the boy is informed by Grandma that what he saw was no woman, but a witch. Knowing from personal experience that witches love to kidnap children and turn them into animals, Grandma decides it’s time for a vacation. Unfortunately, their destination also happens to be the site of an international witches’ convention (meeting under the tongue-in-cheek name of the International Society for the Prevention of Cruelty to Children).

Much of Zemeckis’s film follows the boy coming to terms with loss and trying to rediscover some sense of fun even while navigating the danger posed by the witches and the delectable chocolate bars they use as bait. Things come to a head in a showy dramatic scene roughly halfway through the film set inside a swanky hotel ballroom. That’s where the witches—who otherwise look like heavily made-up society ladies from a well-intentioned, awards-courting period film about the South—meet to remove their human camouflage and scheme about best practices for annihilating children from the planet. Trapped under the dais, the boy is treated to the spectacle of the witches removing their wigs, gloves, and shoes to reveal a sea of bald heads, claws, and monstrous, Joker-wide jaws normally hidden by pancake makeup.

While advances in the quality of special effects since 1990 should theoretically have made the ballroom scene a blockbuster showcase, the CGI deployed here is for the most part unimpressive. The rippling of the witches’ bodies as they transform is rendered almost seamlessly. But that smoothness of effect ends up achieving little of the impact delivered by the grotesque Dark Crystal-esque physical effects that Jim Henson Studios used for Roeg’s more disquieting version. This is a sleeker-looking vehicle that’s eager to be scary but not comfortable being ugly. When Anjelica Huston’s Grand High Witch in Roeg’s film removed her human guise, she was revealed as a long-beaked monster rippling with pustules and stray hairs. The Grand High Witch of this version, played by Anne Hathaway, has the same sashaying arrogance, but it’s more suited for a fashion show’s runway than a child’s nightmares.

More positively, this adaptation of The Witches benefits from the increased willingness of studio producers to greenlight projects with largely black casts for a “mainstream” audience. Also, Zemeckis fortunately didn’t feel a need to repeat the previous film’s coda, which tried in slapdash fashion to cast some light on a chilling Grimmsian fairy tale about murdered children. However, that coda is replaced by a non-Dahl framing device voiced by Chris Rock that brings a new wrinkle to the conclusion which would be more enjoyable if it weren’t doing double duty as the launch pad for potential sequels or spin-offs.

The 100 Best Horror Movies of All Time