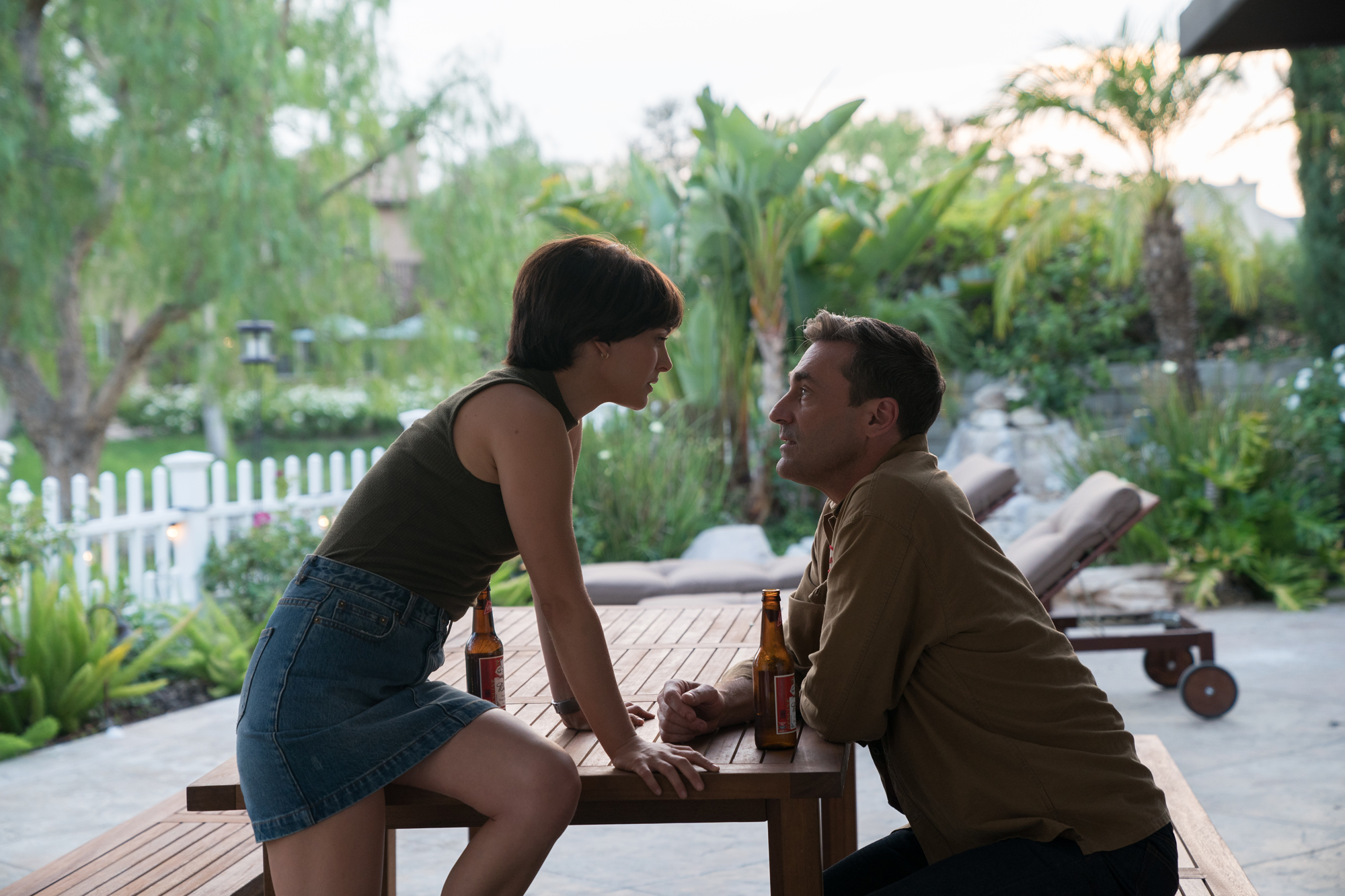 Noah Hawley’s absurdly sullen feature debut, Lucy in the Sky, doesn’t open “in the sky” but above it, with astronaut Lucy Cola (Natalie Portman) completing an awe-inducing spacewalk that’s a prelude to her emotional and psychological downfall. Once you’ve glimpsed the infinite expanse of the universe, how can anything earthbound compare? This is especially true for Lucy, a character based on real-life astronaut Lisa Nowak, who went off the deep end after she had a tumultuous affair with fellow space traveler William Oefelein.

Oefelein avatar Mark Goodwin (Jon Hamm) is certainly ripe for picking. From the second they lock eyes, it’s obvious what Lucy sees in him: an old-school virile allure that her husband, Drew (Dan Stevens), decidedly lacks. Mustachioed, soft-spoken Drew is so obliviously milquetoast he might as well be wearing a “Cuck Me!” sign on his back.

Lucy and Mark have both been to what Star Trek’s Khan Noonien Singh would call “spaaaaaaaaaaaaccccce!,” so they share a uniquely special connection. They’ve touched the stars, and now they can touch each other. Though there’s plenty of phallic rocket imagery—as well as Lucy’s caustic mother, Nana (Ellen Burstyn), noting that “all that astronaut dick has made you soft”—in case the pair’s explosively orgasmic relationship doesn’t register. A moment in which Mark reclines shirtless on the couch, sipping whiskey and replaying footage of the Challenger disaster, suggests he’s equally adept at transgressive self-pleasure.

Hawley goes hog-wild with cinematographer Polly Morgan, not only indulging in swooning camera tilts, but incessant shifts in aspect ratio that are meant to mirror Lucy’s slow mental breakdown as Mark’s interest in her wanes. (A cover version of the Beatles’s “Lucy in the Sky with Diamonds” even accompanies a showy people-mover shot.) Rather than reveal character, however, this overwrought style illuminates the resounding lack of substance in Elliott DiGuiseppi and Brian C. Brown’s misogyny-tinged screenplay, which Hawley revised.

Lucy herself is a gynophobic projection of female hysteria—an Ingmar Bergman heroine by way of Zalman King. She casts scowling, jealous looks at fellow astronaut Erin Eccles (Zazie Beetz, as wasted here as she is in Joker), who proves to be both her professional and romantic competitor. In one scene, Lucy self-centeredly puts herself in danger while doing some underwater training for a second spacewalk; in another, she stalks through Mark’s backyard barbecue with a deranged entitlement that Portman tries desperately to make plausible. (At least her Southern accent is more convincing than her Northeastern one in Jackie.)

The character’s only truly interesting outburst comes after a rain-soaked, slow-mo climax in which a bewigged, trench-coat-sporting Lucy confronts Erin and Mark. It plays like an outtake from Brian De Palma’s Raising Cain and the sudden shift to all-out pulp after the preceding two hours of aesthetically oppressive humorlessness is, if only for a moment, liberating.

Review: Wrinkles the Clown Is a Meta Commentary on Trolling in the Digital Age

Review: In the Tall Grass Suggests an Interminable and Pointless Game of Tag