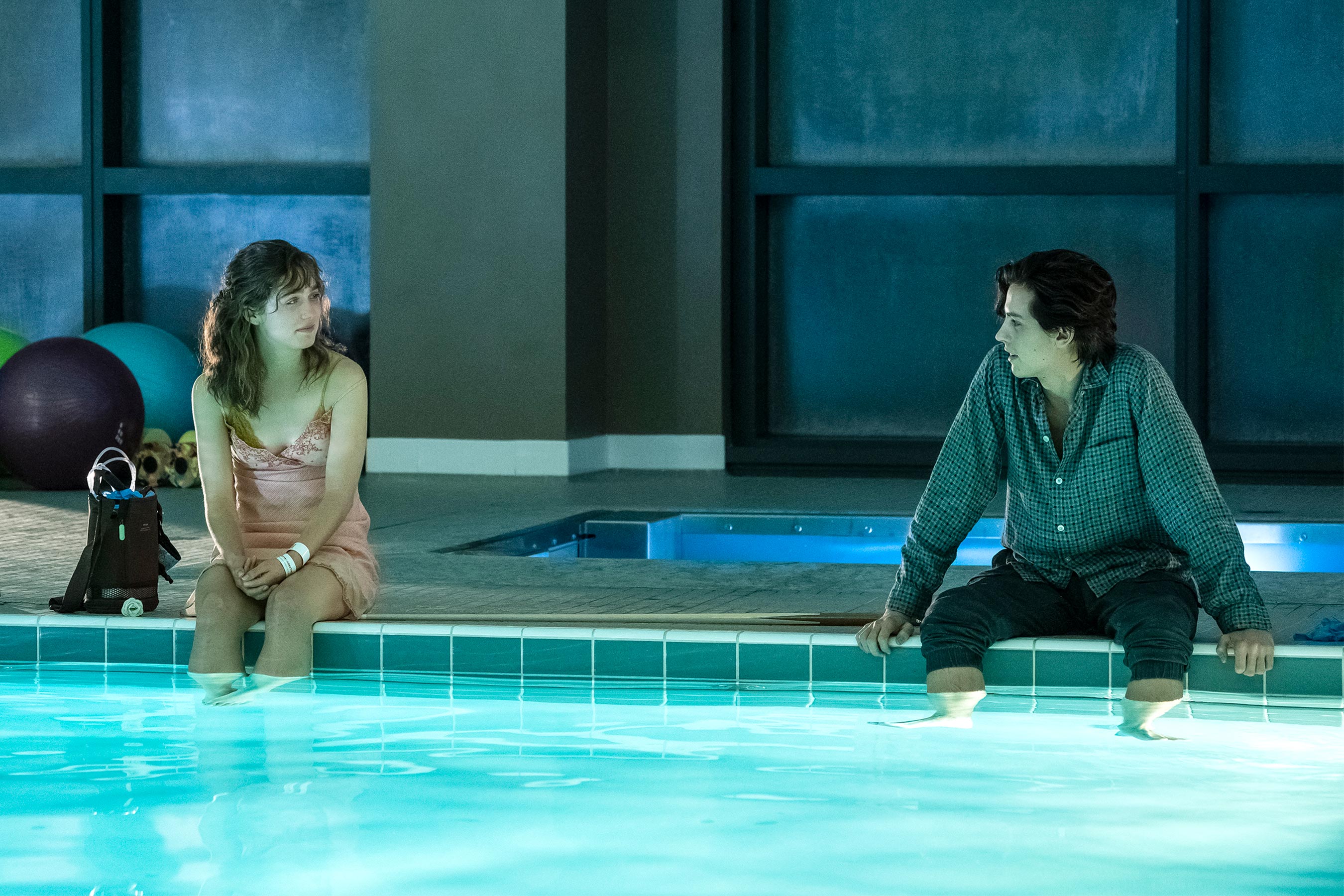 To limit the danger of cross-contamination, cystic fibrosis patients are advised to stay at least six feet away from each other at all times. This little detail is sure to be remembered by anyone who watches Justin Baldoni’s Five Feet Apart, not just because its title cheekily references the rule, but also because the film is constantly, tiresomely reminding us of this fact. It’s a sign of the filmmakers’ relentlessly handholding approach to their depiction of the struggles of cystic fibrosis that hardly any information about the genetic condition is raised without being doubly, even triply, underlined for viewers. The film, about a doomed romance between two teenagers struggling with C.F., can feel, at least in its first half, more like an afterschool special than the weepie tragic romance it clearly aspires to be.

Eventually, Five Feet Apart does enter Love Story mode, shamelessly jerking the audience’s tears with one schmaltzy plot contrivance after another, but first it introduces us to the intensely medicalized life of a so-called CFer through Stella (Haley Lu Richardson), an über-organized type-A teenager whose hobbies include vlogging, app design, and reorganizing her medicine cart. Despite her condition, Stella affects a pie-eyed optimism about life, a personality trait which instantly puts her at odds with Will (Cole Sprouse), the spindly, wavy-haired bad boy of the C.F. ward who loves to freak out the squares around him with sardonically fatalistic bon mots like “It’s just life—it’ll be over before you know it.”

Naturally, Stella and Will fall in love, engaging in a number of cutesy hospital dates throughout the film, like one in which they use a pool cue as a measuring stick to ensure they stay—wait for it—at least five feet away from each other even when they’re stripping down to their skivvies for a midnight swim. At one point, Stella, in an act of defiance against her disorder, declares in one of her YouTube videos that she’s stealing back that last foot.

Though Stella and Will’s romance is essentially an opposites-attract fairy tale, there’s enough charm and chemistry between Richardson and Sprouse to deflect attention from the hackneyed nature of the material. Richardson in particular vividly captures the desperation and sadness lurking behind Stella’s control-freak tendencies. If Stella and Will are too picture-perfect and sanded-down to resonant as real people struggling with a life-threatening illness, they nevertheless make for an appealingly fresh-faced couple, one whose youthful vigor is constantly coming into conflict with their unfortunate genetic disorder.

Beneath all the formulaic emotional beats, groan-inducing canned lines, and utterly disposable side characters—including one who exists only to be killed off at a plot-appropriate moment—Five Feet Apart genuinely grapples with the question of how to live one’s life when death is always potentially just around the corner. Is it better to take every single precaution to extend one’s time on Earth, or should you throw caution to the wind and live life the way you want, even if that means taking potentially life-threatening risks?

Five Feet Apart doesn’t really provide an answer to this question, nor does it delve deeply into its characters’ existential angst. But in depicting a romance where the lovers can’t even touch each other, much less kiss or have sex, the film still manages to capture the conundrum of being young and deeply aware of one’s own mortality in admirably blunt ways.

Review: J.C. Chandor’s Triple Frontier Is Eaten Up by Its Murky Lifelessness

Review: The Stylish Knife + Heart Is Undone by Indulgence and Preachiness