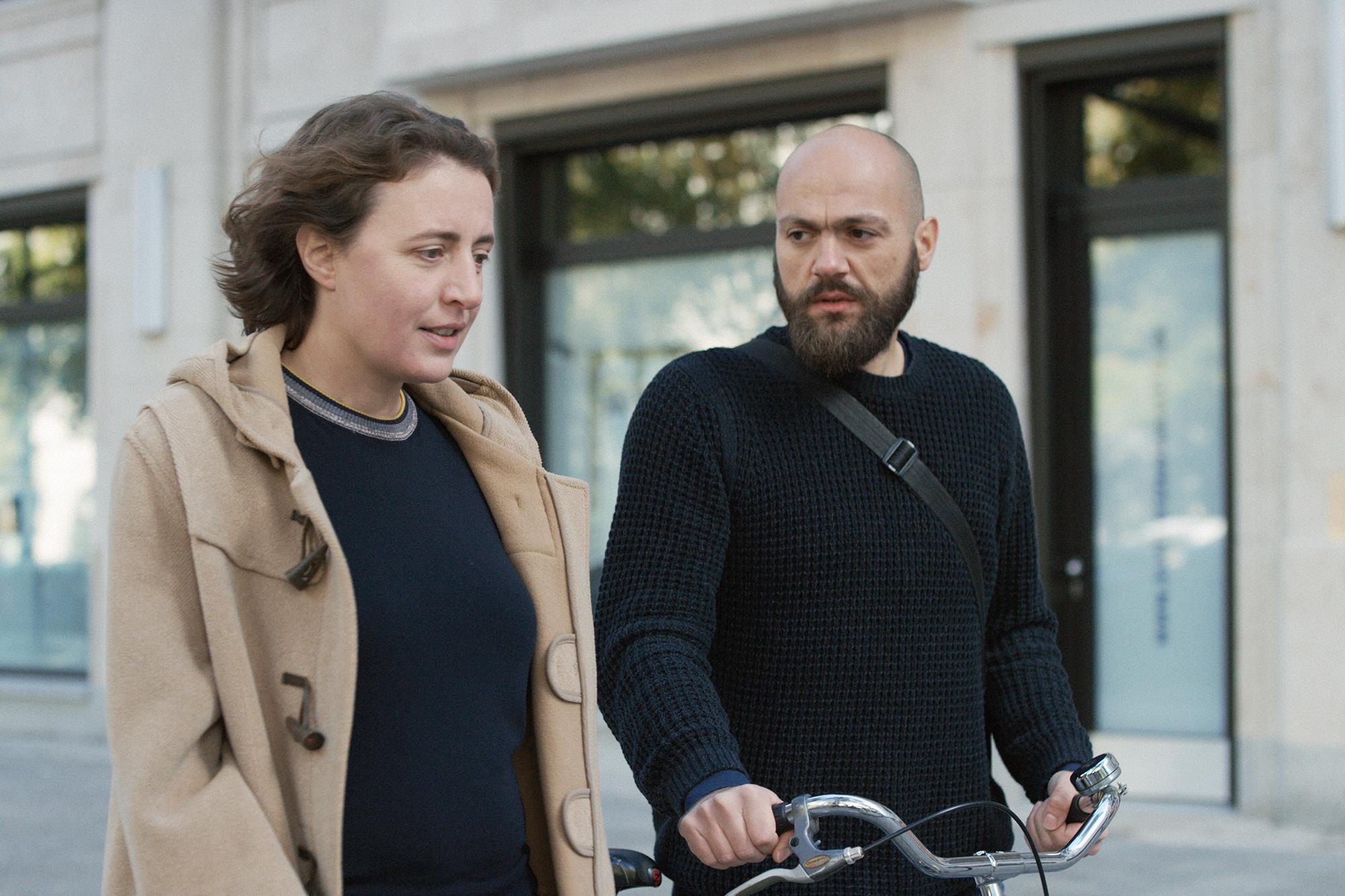 Writer-director Angela Schanelec’s I Was at Home, But…, in the spirit of Yasujiro Ozu’s I Was Born, But…, is technically a domestic drama—albeit one that takes its time revealing the nature of the fractured family at its center and frequently departs from their home. As in her prior feature, 2016’s The Dreamed Path, the German filmmaker has taken a fairly simple premise and built a multilayered series of narrative threads around it, one filled with the detours and inconsistencies of life as it’s experienced on a day-to-day basis. In doing so, Schanelec isn’t complicating or overthinking the familiar, but, rather, inviting her audience to rethink how these seemingly universal narratives function.

Grief is the unifying thread of I Was at Home, But…, though Schanelec gives us the lingering air of despondency well before identifying its source. In the first of many sudden, unexplained spasms of emotion in the film, a woman sprints through a courtyard and up a flight of stairs to embrace a boy being held in some kind of child services office—a scene cut into precise visual fragments by Schanelec’s stiffly choreographed style. After being offered many a context clue, we come to understand that this woman, Astrid (Maren Eggert), is the mother of this child, Phillip (Jakob Lassalle), who’s earlier seen emerging from the woods at dawn, his dirtied yellow jacket and look of stone-faced torpor indicating a prolonged absence from his mother’s life. Phillip has a little sister, Flo (Clara Möller), who observes this zombified return, and together the three of them occupy a white-walled, high-ceilinged modern apartment in a gentrified part of Berlin, a home reverberating with the aftershock of a recently deceased patriarch.

These are the concrete details of the film’s scenario, but before they all have a chance to register, Schanelec offers a number of puzzling diversions: a scene of a dog hunting a rabbit before falling asleep in a barn alongside a donkey; a grade-school rehearsal of Hamlet, performed in an affectless, Straub-Huillet-evoking manner from a version of the play translated by Schanelec’s late husband, Jürgen Gosch; and an episode of Astrid purchasing a secondhand bicycle from a man (Alan Williams) who talks through a voice box. Each of these threads recur throughout the film, with the latter in particular amounting to something of a comically elongated red herring as the bike proves faulty and Astrid hassles the man for her money back—all of which can only be said to circuitously tie into Astrid’s emotional arc. Even less logically related to the film’s apparent central narrative is another subplot concerning the deteriorating relationship between Lars (Franz Rogowski), a teacher overseeing Phillip’s reintegration into school, and the man’s girlfriend, Claudia (Lilith Stangenberg).

The manner in which these various threads weave in and out of the scenes sketching the family relationship, commanding equal attention in the way Schanelec, working as her own editor, partitions screen time, makes it tough to call anything the “primary” focus of the film. Throughout I Was at Home, But…, its destabilizing ellipses and odd points of emphasis—a scene of Astrid at a supermarket, for instance, focuses only on her dog as it diligently waits outside with the shopping carts—discourage the viewer from fixating on anything beyond the present moment and its complexity, so that any natural impulse to chart the narrative’s larger trajectory or the psychological development of the characters is frustrated.

Fortunately, Schanelec’s staging is rarely less than compelling. Never as grandiose with her deep-focus master shots as Ruben Östlund, the filmmaker nonetheless shares with the Swedish auteur a preference for subtly off-kilter compositions, chilly soft light, and slick modern architecture, while her exacting use of sound—punctiliously ADR’d and selective—is what most closely aligns her with her frequently cited forebear: Robert Bresson.

This stark cinematic language, combined with a severe acting style in which even a dry cleaner’s assessment that a coat might not wash properly is spoken like a terminal diagnosis, makes I Was at Home, But… a decidedly austere affair. But this is less a pose of artistic seriousness on Schanelec’s part than a strategic leveling of affect to make key moments register with the sharpness of real-life trauma. In the film’s most harrowing scene, Eggert unleashes a torrent of Method naturalism as her character violently recoils from the unwanted attention and embraces of her despondent children, whose company she’s gradually replacing with a tennis-playing boyfriend, Harald (Thorbjörn Björnsson). Later, Schanelec grants Astrid redemption in the heartbreakingly tender image of the woman holding Flo in an empty locker room after a swim practice, their damp bodies intermingled as one.

Similarly ameliorating the film’s air of formal severity is its subterranean sense of playfulness, which casually reveals itself in the background of frames, the silent pockets of conversation, and the latter halves of Schanelec’s long takes. Whether sliding a pair of student fencers into a frame as a somber conversation plays out in the foreground or observing as an already-malfunctioning bicycle topples over its flimsy kickstand, Schanelec periodically indulges a kind of drawn-out physical comedy, though it’s a dialectical joke in the film’s centerpiece that seems to have been most carefully engineered. In an extended tracking shot, as Astrid walks alongside a filmmaker (All the Cities in the North director Dane Komljen) and berates him over what she interprets as his film’s ethical malpractice of casting actors alongside real hospital patients, it becomes clear that she’s displacing her own pain about her husband and son, who’s troubled by a case of sepsis brought on by his disappearance. But the irony is that her withering critique of acting as a false façade arises in one of the film’s more commanding instances of capital-A acting. The scene closes with the nearest Schanelec gets to writing a howler: “Unbearably bad cinema,” she says, “but I still hope you get the professorship.”

The film is at its best in such instances, when Schanelec’s insight into trauma as a menace that asserts itself at inopportune and confusing moments is powerfully dramatized. It’s less successful when reaching for symbolic associations, as in the strikingly staged but inert passages of Shakespearean recitation that draw out connections between Hamlet and Astrid’s life, or in the strained, bookending bits of business involving the dog and the donkey. For her part, Schanelec has preached in interviews that an experiential, non-intellectual approach to watching her films is ideal, so it’s telling that, in spite of its occasional academicism, I Was at Home, But… configures itself most potently in hindsight as a punch to the gut.

Review: Midnight Traveler Is a Harrowing Document of a Family’s Escape