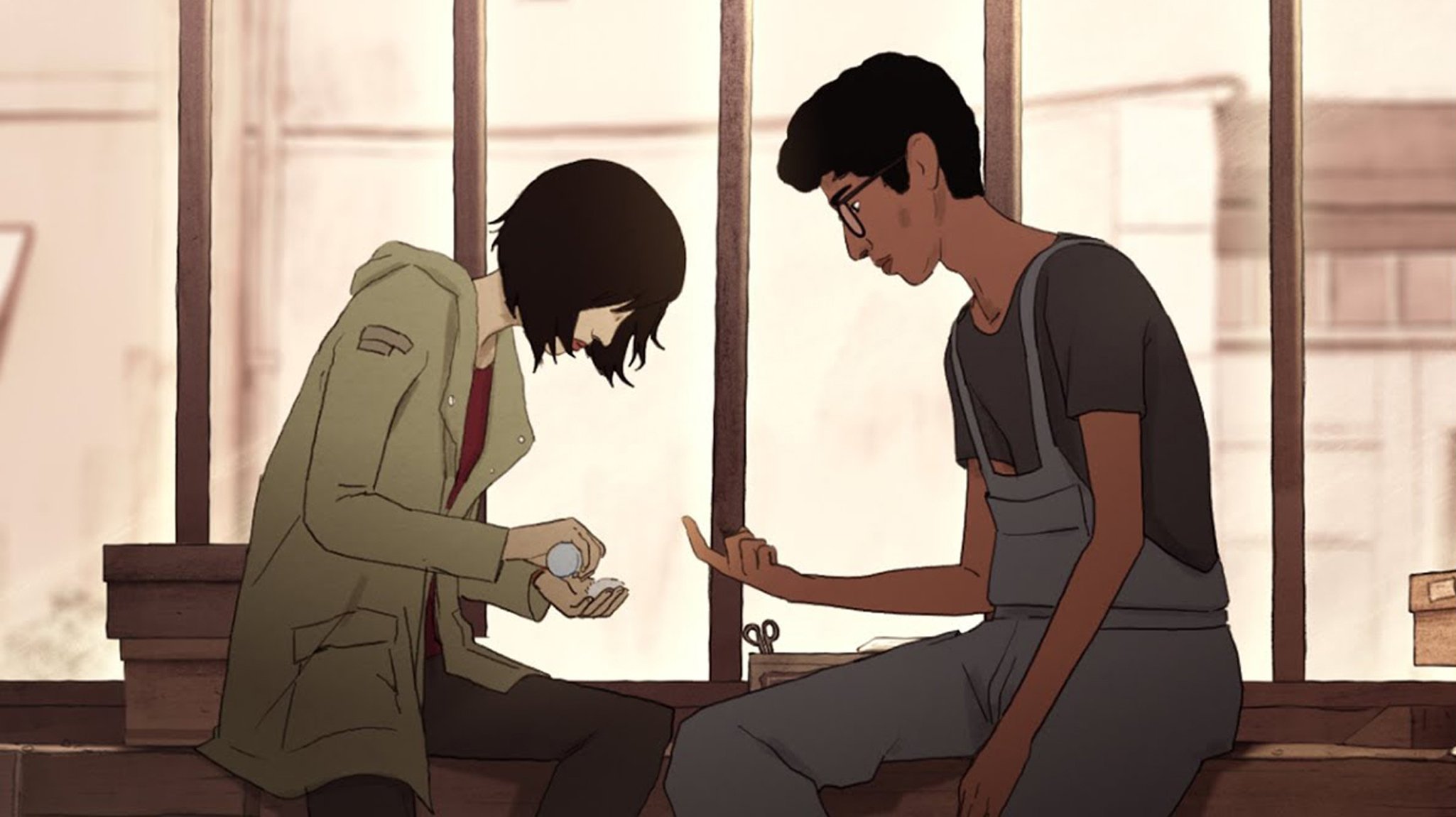 Naofel (Hakim Faris) has a small birthmark between the knuckles of his right hand’s pointer and middle fingers. This would be the appendage’s most distinctive characteristic if not for the fact that, after being severed from Naofel’s body, it develops a will of its own. Throughout I Lost My Body, the hand skitters around of its own accord, using its fingers to crawl out of the hospital lab where it was kept following Naofel’s grim accident. Jérémy Clapin’s animated film chronicles the journey of that hand through, among other places, the rooftops and gutters of Paris, into a river and across a highway, in an attempt to reunite with its owner, dodging animals and cars along the way.

Do hands have memories? Naofel’s right hand certainly seems to. As the wayward appendage propels itself through the air with an open umbrella or flicks a lighter to fend off a bunch of subway rats, flashbacks recall the young man’s troubled, lonely life. He feels adrift, barely present in a world that seems only to have harsh words and unhappiness for him. He’s at odds with the relatives who took him in after the death of his parents in a car accident, and his half of a shared room is unfurnished save for the mattress placed directly on the floor. He works as a pizza delivery boy, but he isn’t a particularly good one, as he’s often late and, in one scene, scatters his pizza boxes into the street after crashing his bike into a car.

Many of I Lost My Body’s flashbacks foreground Naofel’s hand as though presenting its perspective. People and objects loom above it, its digits taking up wide swaths of the frame as they cling with insect-like precision to boxes or hold a microphone in their grip. Tight close-ups capture the fingers tapping random objects or emerging from the sand, and there are even POV shots of the hand peeking out from a dumpster or prodding the plastic bag it’s wrapped in. These sequences are a great showcase for the film’s subdued, naturalistic, and, above all, detail-rich hand-drawn animation: We see fidgeting fingers grabbing onto a locker door, a pigeon laboriously nudging the hand out of a gutter, and Naofel penciling lines onto blocks of wood that he’ll later trace over with a saw in his woodworking apprenticeship.

The metaphor at the heart of the film seems deceptively obvious: disconnection from the world and other people, literalized through a hand severed from its rightful body. But Clapin complicates that metaphor every step of the way, as in a flashback where Naofel’s father explains to him that, in order to catch a fly, the boy must aim where the fly will be rather than where it is. But knowing how to catch the fly doesn’t necessarily make the task any easier to accomplish, and the film’s depiction of fate follows a similarly unpredictable trajectory.

Through images of loneliness, as in a wooden igloo cobbled together on a rooftop, I Lost My Body builds an atmosphere of isolation and, above all, uncertainty. Because while Naofel takes his father’s advice to heart, his own attempts to live unpredictably, ahead of fate, do not always work out for him. His infatuation with Gabrielle (Victoire Du Bois), initially so stirring as they close their eyes to listen to the rain and the wind from separate ends of an apartment intercom, goes in a few stalkerish directions. She rejects him for being a creep, and Naofel ironically comes to find fulfillment not in a relationship, as he had hoped, but in the woodworking he initially took up only to impress Gabrielle. I Lost My Body finds poetry in tracing life’s uncertainties, focusing equally on moments of shared connection and incidental loss until the two feel indistinguishable, as one part of a delicate whole.

Review: The Hottest August Is a Rich Patchwork of Discontented Voices

Review: The Report Is Noncommittal on the Moral Morass of the Dubya Era