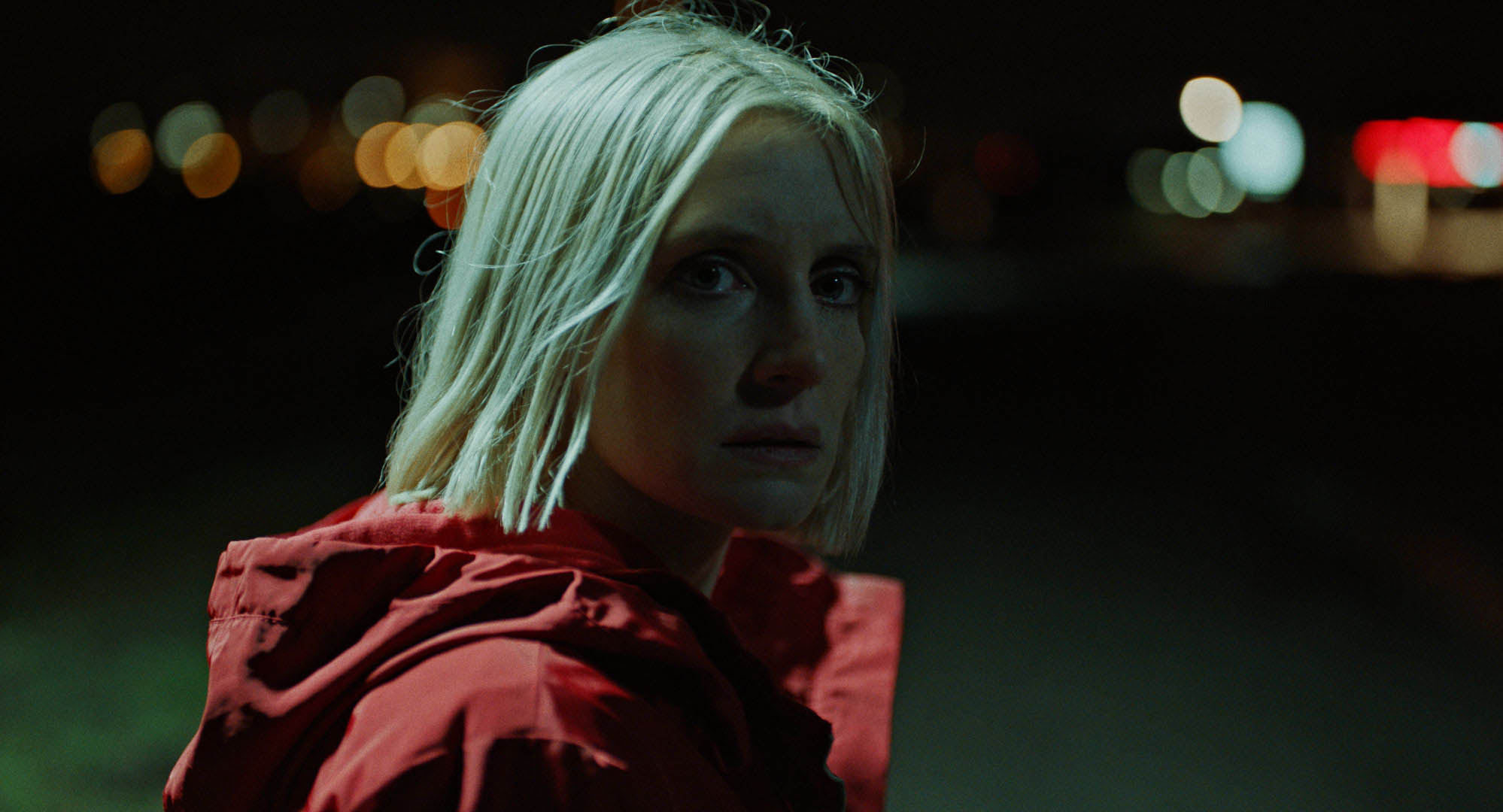 We spend enough time with Worthalter’s “the guy” (according to the film’s credits) that he functions like a second lead, tracking Éve through a forest that seems at once expansive and hermetic. (How else to explain all the people they keep running into, and how easily the pursuer keeps finding the pursued?) Éve’s red outfit certainly isn’t doing much in the way of camouflage, and the contrivances pile up until a strange thing occurs. What initially feels sloppy and undisciplined begins to work toward an odd purpose, intentionally or otherwise: The characters’ bumbling grows blackly comedic, and Éve’s struggle against the guy gets so protracted that it begins to resemble the bizarrely lengthy alley fight in They Live.

The conflict takes on an elemental quality, as if channeling a history of violence that spans millennia: man finds woman, man tries to murder woman, woman tries to escape or fight back. Even the woman’s name enhances the sense that we’re in the realm of the eternal. Likewise, the plotting deploys familiar horror scenarios, as Éve finds multiple safe havens that turn out to not be so safe after all; at one point, she gets a replacement cellphone only for it to ring at precisely the wrong time, as cellphones always do in these sorts of stories. All the while, bystanders (of which there are a surprising number) regard Éve and the guy’s battle the way they might animals killing each other in the wilderness: as an everyday occurrence that doesn’t necessarily invite their involvement. At times, even animals become entangled in Éve’s fight for survival, as if to further underline that this is a natural state of affairs.

But if Hunted intends to make a show of our desensitization to predator-prey relationships, the greater purpose of its self-awareness never quite comes into clear focus. Paronnaud and co-writer Léa Pernollet use a growing absurdity to create a sense of all-encompassing repetition, where the guy’s relentless pursuit of Éve isn’t even hindered by paintball players suddenly appearing on the scene. Any semblance of reality has long dissipated by the time the climax rolls around, leaving the spotlight on whatever Hunted has to say about what it consistently portrays as an archetypal struggle. And the film’s ultimate insight is paltry compared to all of its occasionally effective build-up, conveying only that we as a society have told a lot of stories that sound a lot like this one, and that we will continue to tell them.

Review: The Mauritanian Relates Story of U.S. Torture with an Impersonal Touch

Review: Bloody Hell Is Ultimately a Grind, Despite a Spirited Ben O’Toole Turn