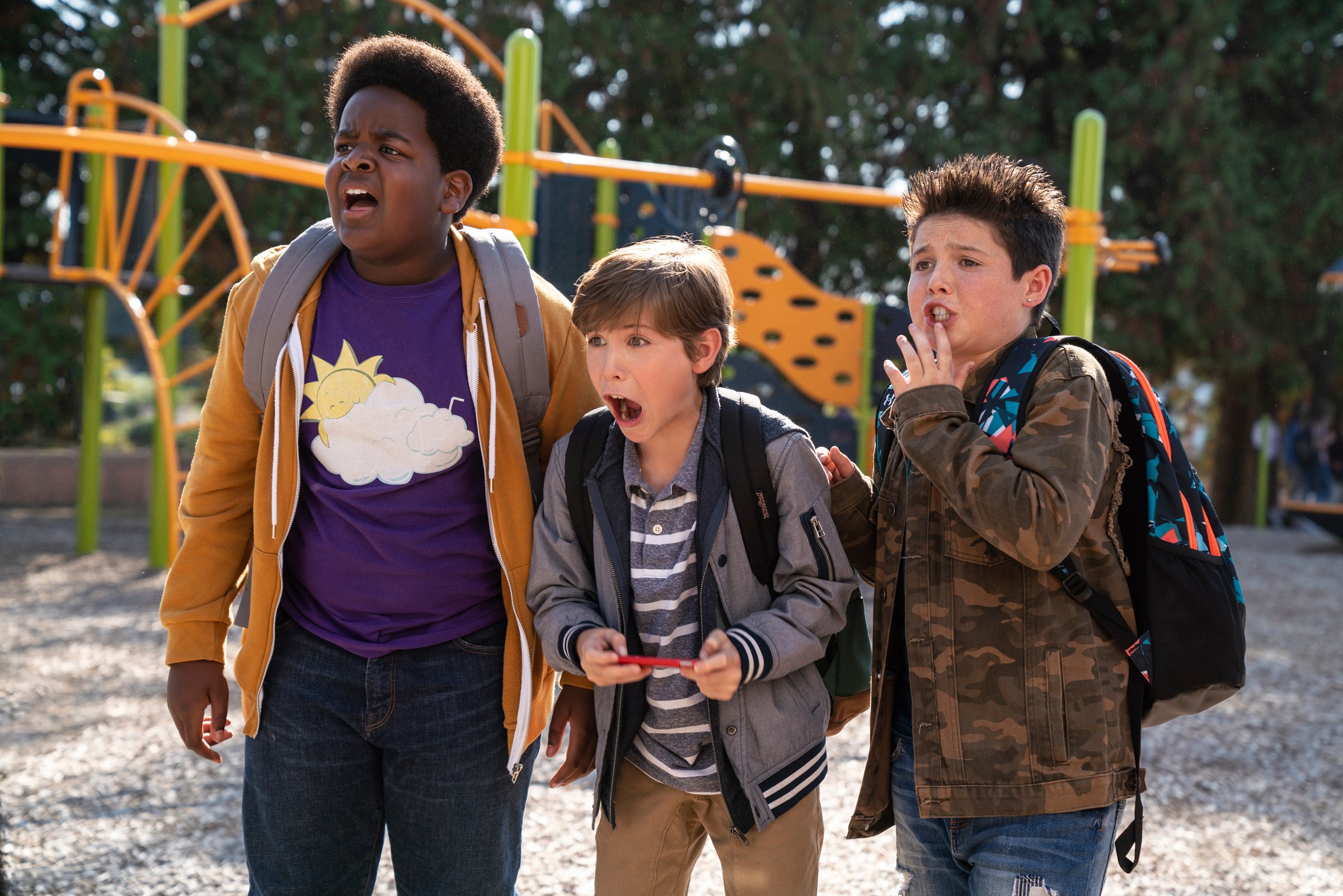 Gene Stupnitsky’s Good Boys is Big Mouth for those who prefer ribald humor about tweenage sexuality in live action, though it lacks the Netflix show’s frankness and authenticity. While hearing sixth graders curse and exhibit their burgeoning sexual awareness constitutes the film’s entire gimmick, its coarse language and surprising displays of sexual material mask an inner timidity. In the post-“puberty monster” world ushered in by Big Mouth, a show that cares to acknowledge that girls also experience puberty, both the film’s jokes and easy coming-of-age morality tale seem tame, beautified for an audience it assumes will not want to confront the abjectness of tweens’ emotional and sexual imaginations.

That said, there are laughs to be had in Good Boys, many of them deriving from the main characters’ mistaken understanding of the adult world. Max (Jacob Tremblay), for example, believes that his college-age neighbor, Hannah (Molly Gordon), is a “nymphomaniac” because she has sex both on land and at sea. Thor (Brady Noon), who pretends to possess advanced knowledge and experience in all areas, misinterprets his parents’ sex toys as weapons. And Lucas (Keith L. Williams) comes to believe that Hannah and her friend, Lily (Midori Francis), are irredeemable drug addicts because they want to do the “sex drug” molly.

Max doesn’t know how to kiss girls, and his middle-school mind tells him that the best way to learn is by using his father’s (Will Forte) drone to spy on Hannah kissing her boyfriend, Benji (Josh Caras). That leads to Hannah and Lily taking the drone, and as recompense, Thor steals Hannah’s purse, which contains a vitamin bottle full of molly that the boys promptly lose. Part of the film’s at least outwardly risqué treatment of tween boyhood is that the boys’ possession of and efforts to procure a party drug drives much of the story. And that story is a chain of cause and effect that abides by the protagonists’ middle-school priorities: If Max doesn’t find more molly, he will lose his father’s drone, which means that he never gets to kiss a girl.

The cascading series of absurd situations that are driven by Max’s desire to kiss his crush, Brixlee (Millie Davis), includes the boys trashing a frat house, selling a sex doll to a weirdo (Stephen Merchant), and handing over the bottle full of molly to an oblivious cop (Sam Richardson). (This last bit is as tenuous as a dangling thread for conspicuously missing a punchline, almost as if the filmmakers never got around to shooting it.) In the end, the trio, the so-called “bean bag boys,” must learn that middle school will mean growing apart to some extent: Max is into girls and the sixth-grade social scene, Thor loves theater, and Lucas is a kindly nerd who enjoys card games. That these interests aren’t in the least mutually exclusive, particularly for Generation Z, proves beyond the film’s capacity to acknowledge.

Good Boys’s humor is by and large the same as that of any other male-centric R-rated comedy; if it differentiates itself from other iterations of the genre, it’s through a group of pre-teens making verbosely obscene comments and engaging in gross-out physical comedy. There’s a sense that Good Boys draws open a curtain and peeks into a rarely seen and dimly remembered space of tweendom. But it’s satisfied with just this peek—and as convincingly as the filmmakers can compel their child stars to enunciate obscene exclamations, the film never captures much of the feeling, of the world of childhood experience, in which they might be based. As a result, Good Boys never transcends its Superbad-but-with-11-year-olds shtick.

Review: Roberto Minervini’s What You Gonna Do When the World’s on Fire?

Review: Cold Case Hammarskjöld Is a Gonzo Look at an Unsolved Mystery