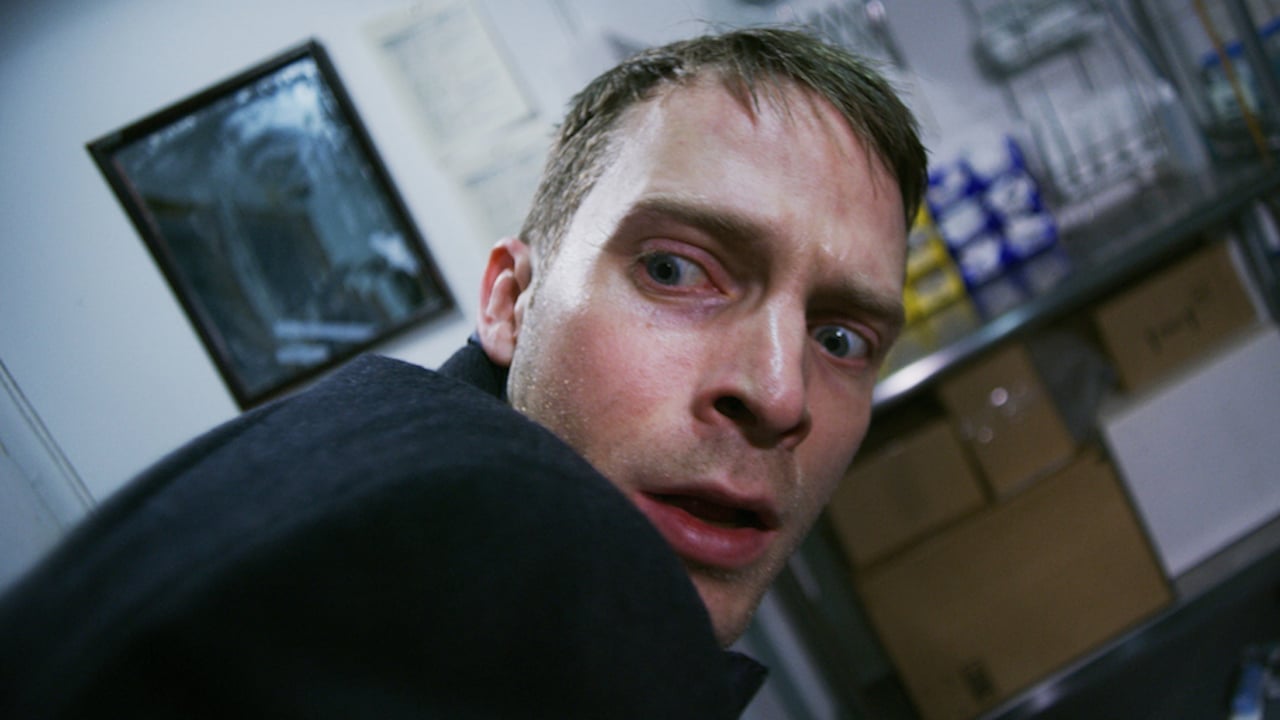 What does a Frankenstein figure look like in 2019? According to Larry Fessenden’s Depraved, he’s a guy with war-addled, once-noble intentions set adrift by male ego and shady benefactors. He’s a white man grasping for control in a world coming apart, a cog in a machine who hasn’t broken free so much as changed the machine’s function—from that of war to that of the pharmaceutical industry. The film, Fessenden’s first feature as both writer and director since 2006’s The Last Winter, paints multiple psychological portraits that are sad, angry, and strangely beautiful. It shows us the mind of not just PTSD-afflicted field surgeon Henry (David Call), but also that of his prototypical sewn-together “monster,” Adam (Alex Breaux), and his assistant and Big Pharma bankroller, Polidori (Joshua Leonard).

For much of Depraved, Fessenden’s focal point is essentially the monster’s brain, which starts in the body of a man named Alex (Owen Campbell) before being unceremoniously transplanted to its final container in Adam, whose ghastly scars and stitches betray his unnatural heritage. Aside from vestigial flashes of his former life, Adam is a vessel to be filled with the perspectives of those around him. Fessenden devotes long stretches of the film to that learning process, an enthralling canvas for his usual bag of editing tricks.

As Adam’s brain develops and reconfigures, the screen is covered in green blots, time-lapse constructions, hyperactive movements, montages, and other music video-esque trappings that somehow are never incongruously showy so much as a mesmerizing fit for the material. In Wendigo, such flourishes followed the film’s spiral of supernatural unease, and in Depraved they give Adam’s learning process an odd, hypnotic beauty. Fessenden imposes brain scans and firing synapses over the screen as characters’ voices echo for an effect that compares these parts of the human body to the fingers of tree branches or the forks in a peaceful forest creek. Adam’s thoughts and feelings are natural, even if his existence is not.

His hair grows, his speech patterns diversify, he reads, and we learn what Henry deems important by what he teaches Adam as foundational, or what he doesn’t teach him at all. “Gravity is your friend,” one lesson goes, and then Henry drops a bouncy ball. Adam may not learn how to shake hands until he meets Polidori, but he learns how to play ping pong. In his loneliness, Henry has built himself a buddy, albeit one he may control and whose interests he may dictate. When he teaches Adam about music, he mentions Bach and Beethoven because they’re important, but you sense him skipping to the important stuff, to the music he personally likes. He’s the date who invites you over to tell you about his record collection.

At the museum, Polidori and Adam linger on a self-portrait of Vincent van Gogh, noting the similarity between the painter’s ear and Adam’s, which is discolored and conspicuously sewn on. But Van Gogh cut off his own ear; no one cut it off for him. So who’s the artist in this relationship? Is it Adam or Henry or Polidori, who supplies the body parts and the money and is named for John William Polidori, the writer who both played a small role in the creation of Mary Shelley’s Frankenstein and himself penned “The Vampyre,” one of the first vampire stories? With bad blonde hair and names for strippers including “Melania” and “Stormy,” Fessenden paints him as a Trump-like figure, a talentless bloodsucker.

The comparison is far from graceful. Though Fessenden’s films leave no mistake as to what they’re about, the characters of Depraved feel overly prone to calling out the obvious, ensuring that each name-drop and reference is processed appropriately by the audience. But if, as in the somewhat baggy final 30 minutes, the film’s thematic reach exceeds its grasp, it remains firmly focused on its thesis of Frankenstein as a lens for examining modern society. Throughout Depraved, Fessenden catalogues what personalities and power dynamics have shifted and what hasn’t changed at all. The filmmaker diagnoses the rot of our era through these solipsistic men that pour their prejudices and their insecurities into Adam, an open book eventually read back to its authors with a violence they cultivated themselves.

Review: Monos Is a Superficial, Hedonistic Riff on Lord of the Flies

Review: The Wild Goose Lake Is a Scathing Indictment of Societal Ills