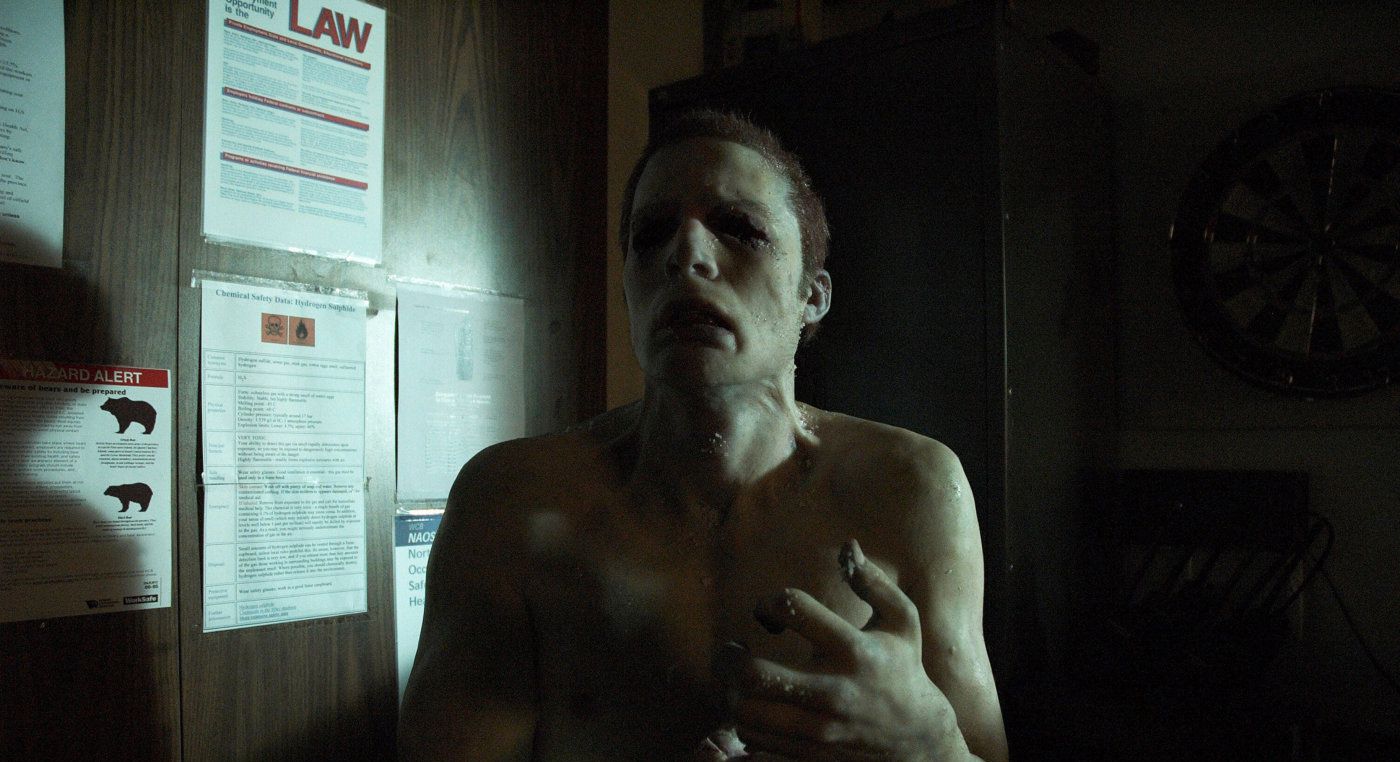 What with his interest in using B movies as vehicles for intelligent political and psychological inquiries, Larry Fessenden is the type of genre craftsman easy to champion. The Last Winter has a bigger-budgeted appearance than his prior work, yet it’s cut from a familiar cloth, probing man’s interior and interpersonal conflicts while menacing him with external supernatural forces. In remote northern Alaska, callous Ed Pollack (Ron Perlman) attempts to get an oil-drilling operation up and running despite interference from levelheaded environmental expert James Hoffman (James LeGros), whose allegiance lies not with corporate profiteers but with Mother Nature. They’re mouthpieces for pro- and anti-global warming positions whose arguments occasionally sound too much like talking points. Fessenden, however, shrewdly complicates his good guy/bad guy structure—and, consequently, his audience’s desire for easy identification—by equitably humanizing both men, especially through their joint feelings for colleague Abby (Connie Sellers), who spurned Ed to shack up with James. John Carpenter’s The Thing is the primary template for the ensuing snowbound suspense, which slowly builds as the station’s small crew battles mental turmoil wrought from whiteout isolation and the strange, primal energy that seems to be gathering around them. Given its eco-conscious slant, it’s not hard to deduce what’s coming for these lonely men and women stranded out on the melting tundra. Still, Fessenden’s genuine interest in all his characters—aided by Perlman and his castmates’ uniformly precise, authentic performances—creates a level of empathy that helps maintain an atmospheric tautness. The director’s chilling use of widescreen recalls Carpenter and, in a few creepy hallway shots and the visual association of white with malevolent evil, Kubrick too, though the film’s horrifying centerpiece is modeled on The Blair Witch Project, with which it shares a fascination with modes of perception. As in Wendigo, The Last Winter eventually, unwisely opts to outright depict the paranormalities that have previously remained hidden from sight. Any such momentary obviousness, however, is wholly eclipsed by a stunningly poignant, unexpected climactic flashback that silently encapsulates the omnipresent idea of “home,” as well as by a cheesy yet haunting final note that spreads around blame for our current environmental crises with nihilistic fury.

The Strange Case of Rouben Mamoulian