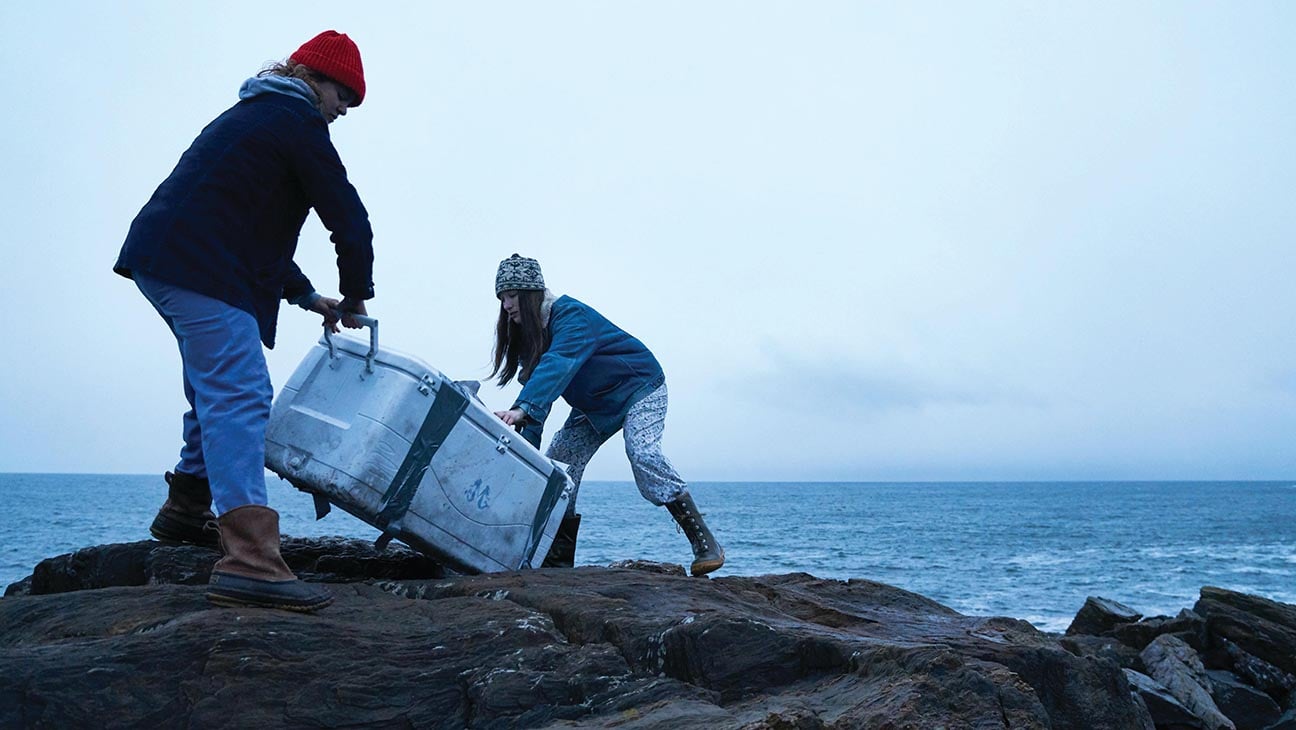 Bridget Savage Cole and Danielle Krudy’s Blow the Man Down starts on a literally self-aware note. The opening sequence shows the fishermen of a coastal Maine hamlet not just hard at work netting, spiking, and chopping up their catch, but also singing a rousing rendition of the 19th-century sailors’ song that gives the film its title. Full-throated and haunting, the piece is sung right to the camera as though it were a music video for some Americana band. But even though what follows is shot through with a keen understanding of genre necessities and an impatience for wasting more time on them than is necessary, the film never veers into wink-wink self-consciousness that its opening might have suggested.

When we first meet the ghostly pale Priscilla Connolly (Sophie Lowe) and her anxious and messy sister, Mary Beth (Morgan Saylor), they’ve just buried their mother and are trying to extract themselves from the hole she left them in. While Pris takes the need to keep running the family store and the looming loss of the family home somewhat in stride, Mary Beth is furious. Hating their “shithole” town and eager to leave for college, she goes to a bar to blow off steam following their mother’s wake and makes a poorly considered connection with a scuzzily larcenous-looking guy named Gorski (Ebon Moss-Bachrach). Many drinks, some bad driving, a baggie of cocaine, and one well-aimed harpoon later, Mary Beth has a body on her hands and a situation that suggests calling the police would be a poor idea.

Blow the Man Down’s first third or so moves briskly along the well-traveled terrain of the What Do We Do with the Body? genre. Savage Cole and Krudy seed their screenplay with somewhat stock elements, from the sack of cash that causes more problems than it’s worth to the small town rife with hypocrisy to the inexpertly cleaned crime scene with one crucial clue left behind that could send Pris and Mary Beth to prison. But even though some of these narrative beats are highly familiar, the filmmakers handle them with a light touch that keeps things fresh and entertaining until the film throws viewers a neat curveball.

At first, the three tsk-tsking women (June Squibb, Marceline Hugot, and Annette O’Toole) in matching pale Talbots-like outfits who drift through the film appear to be merely a decorative chorus of crones. They’re initially somewhat like the fishermen who come back in from time to time to deliver more bloody-minded sea shanties. But once the women start targeting their disapproval at Enid (Margo Martindale), the apparent proprietor of a cozy old bed and breakfast, the film opens up an entire secret and seamy underbelly to the town that the sisters are about to be pulled right into even if they manage not to be charged with murder.

In between the choral interludes, Blow the Man Down is layered with a discordant and eerie yet also slightly playful soundtrack that enhances both the setting’s chilly isolation and the sisters’ sense of panic and displacement. Overall, the performances are solid, if short of standout, with the great exception of Martindale’s. In her role as the town’s unapologetic scarlet woman, the character actress swings Enid through her scenes, balancing on a cane and fueled by whiskey and a white-hot sense of grievance. “Go back to your casseroles and crochet,” Enid tells the chorus of three old busybodies with a dry and spare tone that pushes the line from petty insult into veiled threat. Without Martindale, Blow the Man Down would be a sharp and tightly constructed nautical noir. With her, it becomes a memorable one.

Review: Pushpendra Singh’s The Shepherdess and the Seven Songs