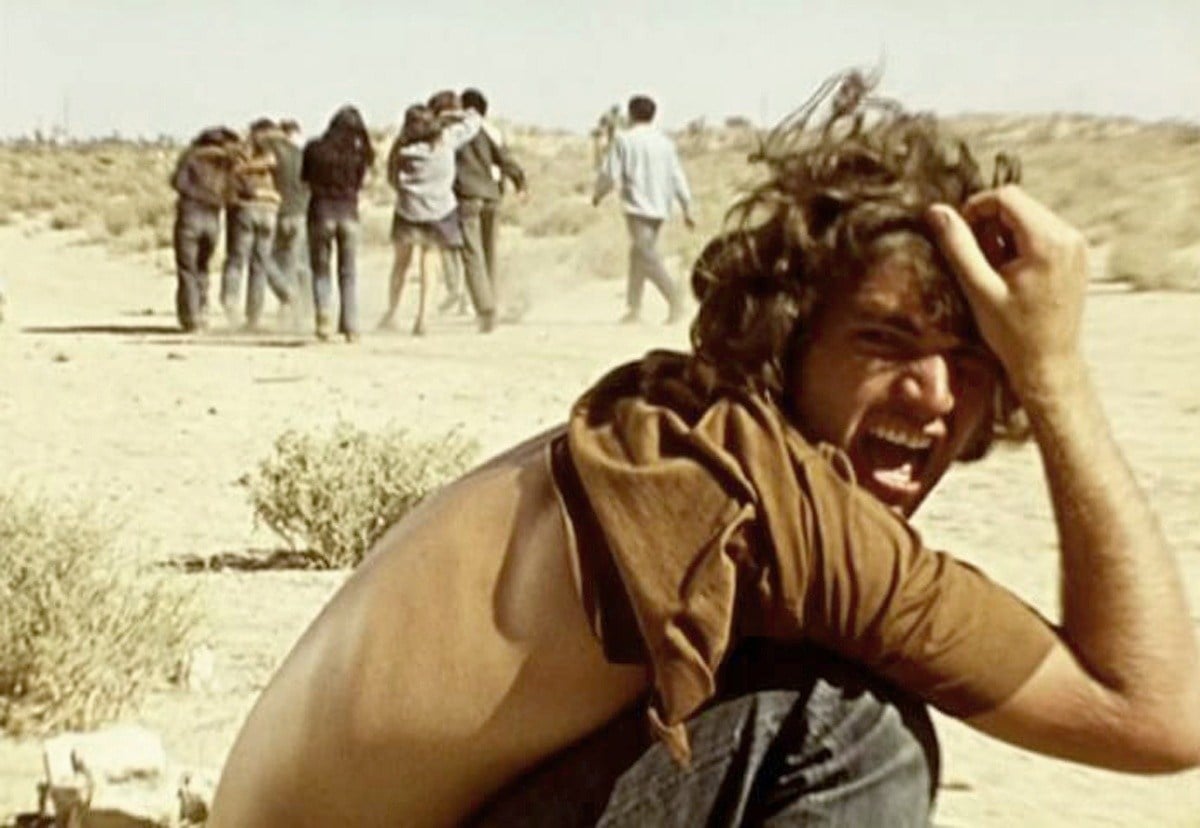 One of the benefits of the so-called DVD revolution is the chance it gives obscure films like Punishment Park to be seen. When it was initially released in 1971, this reactionary powder keg of a movie was completely marginalized by timid distributors, never given an opportunity to screen on television, and forced into the underground. The only way to hear of it was through scholarly texts by academics who were able to track down the few circulating film prints, and if director Peter Watkins hadn’t already gained some level of acclaim and notoriety for The War Game, his pseudo-documentary depiction of nuclear war, it’s quite likely Punishment Park would have been buried so deep by an indifferent distribution system that it would have been altogether forgotten.

Thankfully, New Yorker Video in conjunction with Project X Distribution has found a way to make this and other Watkins films available. What’s curious is how a 1970s allegorical fable about authority and dissent that plays against the backdrop of the Nixon administration’s escalation of the Vietnam War still feels strong, provocative, and necessary. The federal authorities in Punishment Park have detained certain individuals deemed to be a threat to internal security. These anti-establishment hippies and draft-dodgers are put before a tribunal that passes out their lengthy prison sentences, with the option of a full pardon if they participate in a law enforcement training exercise called Punishment Park.

The dissidents are required to cross a desert terrain under brutal conditions, with rising temperatures and military and police teams aggressively pursuing them. Those that make it through the course without being captured by the authority figures will arrive at an American flag and receive their pardon. However, the soldiers and police, which are purportedly not to interfere with the progress of the dissidents, use unnecessary brutality and force to take down the hippie contingent. The rising temperatures and so-called righteousness of law and order lead to a savage violence that’s familiar from the history books: Kent State comes immediately to mind. But so does Rodney King, Afghanistan, Guantanamo Bay, and Homeland Security. One of the members of the tribunal judging Punishment Park candidates is part of a housewife organization called The Silent Majority for a Unified America. Anyone who thinks this is a fanciful science fiction trope must not be paying attention.

I had read about Punishment Park in various film magazines over the years, and always wondered whether its old-fashioned lefty politics would hold up. But in watching the film, the left is represented by hippies standing in front of the tribunal getting pissed off at the unfair line of questions being thrown at them by the powers that be. None of the characters are particularly articulate about their political beliefs. Placed in a situation of extreme stress, surrounded by armed guards who have no qualms cuffing and gagging undesirables, its unlikely anyone would be able to muster up much in the way of debate. But the audience isn’t given a good mouthpiece even if they’re left-wingers. Charles Robbins, the character based on Chicago Seven radical Bobby Seale, shouts at the tribunal, “You are a lying sucker! You’re lying to the camera! You’re lying to your mama! You’re lying to everybody! Every time I hear you open up your mouth, all I hear is oink, you pig!” Hardly a cogent political view, but the scene has power not because Watkins uses Robbins as a mouthpiece for his ideals, but because Robbins is immediately detained and gagged like an animal.

Nobody deserves cruelty, and these characters are getting it because they believe in a different way of life for themselves. They are unable to say what they want, or really come up with any practical suggestions for their utopian ideals. This creates discomfort for any viewer hoping to have their idealism purged through left-wing wisdom. There is none at hand. Instead, the clearer voice articulated is that of force: police attack dogs, billy clubs, and an above-the-law sense of propriety. If order is to be preserved at all costs, that means a few skulls might get cracked along the way.

Punishment Park is told in the pseudo-documentary style that defines most of the British Watkins’s obscure body of work. This particular film is told as if a spare BBC crew was following the action of the corrective group enduring Punishment Park, the tribunal evaluation of a separate corrective group, and the police and National Guard that follow the pacifists and militants and occasionally swoop down on them with violence. It is shot using handheld 16mm cameras, with a narrator (Watkins himself) at first relaying just the facts: the weather conditions, the names of various individuals the camera focuses on, and a rudimentary, bare-bones backstory.

But as tension increases and the action becomes more and more hostile, leading to beatings and eventually senseless killing, the off-screen narrator drops any pretense of journalistic objectivity. “We’ve seen this! We’ve seen this!” he screams hysterically after witnessing a killing and getting it all on tape. What’s more chilling is the indifferent reaction of Sheriff Edwards (Jim Bohan), the main figure of police authority during the film. “I’ve been on film before, that doesn’t make a bit of difference to me,” he drawls. One might think this is a stretch for the movie, but as journalist Joseph Gomez points out in his Punishment Park essay from his 1979 book on Watkins, the crowd chanted, “The whole world is watching!” during the brutality at the 1968 Democratic Convention in Chicago. The police didn’t seem to care that the cameras were filming their “clubbing of young and old alike” then either.

That hasn’t stopped perverse U.S. troops from videotaping acts of torture to detainees. What might have seemed a little outrageous in 1971 seems old hat now, but hopefully is no less horrifying to DVD watchers. We’ve been bombarded by so many horrifying real-life images that one wonders if a recreation of it in a pseudo-documentary will have any effect on our now-hardened, cynical sensibilities. Even so, Punishment Park has a bleak optimism to it; the BBC journalist played by Watkins does have a reaction to what’s happening before him, much the same way journalists actually went out of their way to show the effects of Hurricane Katrina and the ineptitude of the Bush Administration. (This only lasted a day or two before caving in to the usual toadyism of the corporate-owned networks.) In that sense, Punishment Park remains a breath of chilling fresh air. Looking back on history reminds us of the differences and similarities between then and now, and Watkins serves up a time capsule from 1971 that, in a historical context, shows that the more things change, the more they stay the same. It is not a documentary serving up fact (and some could argue it shows the falseness of documentary filmmaking); it is an extreme, incendiary allegory stirring up deeper truths.