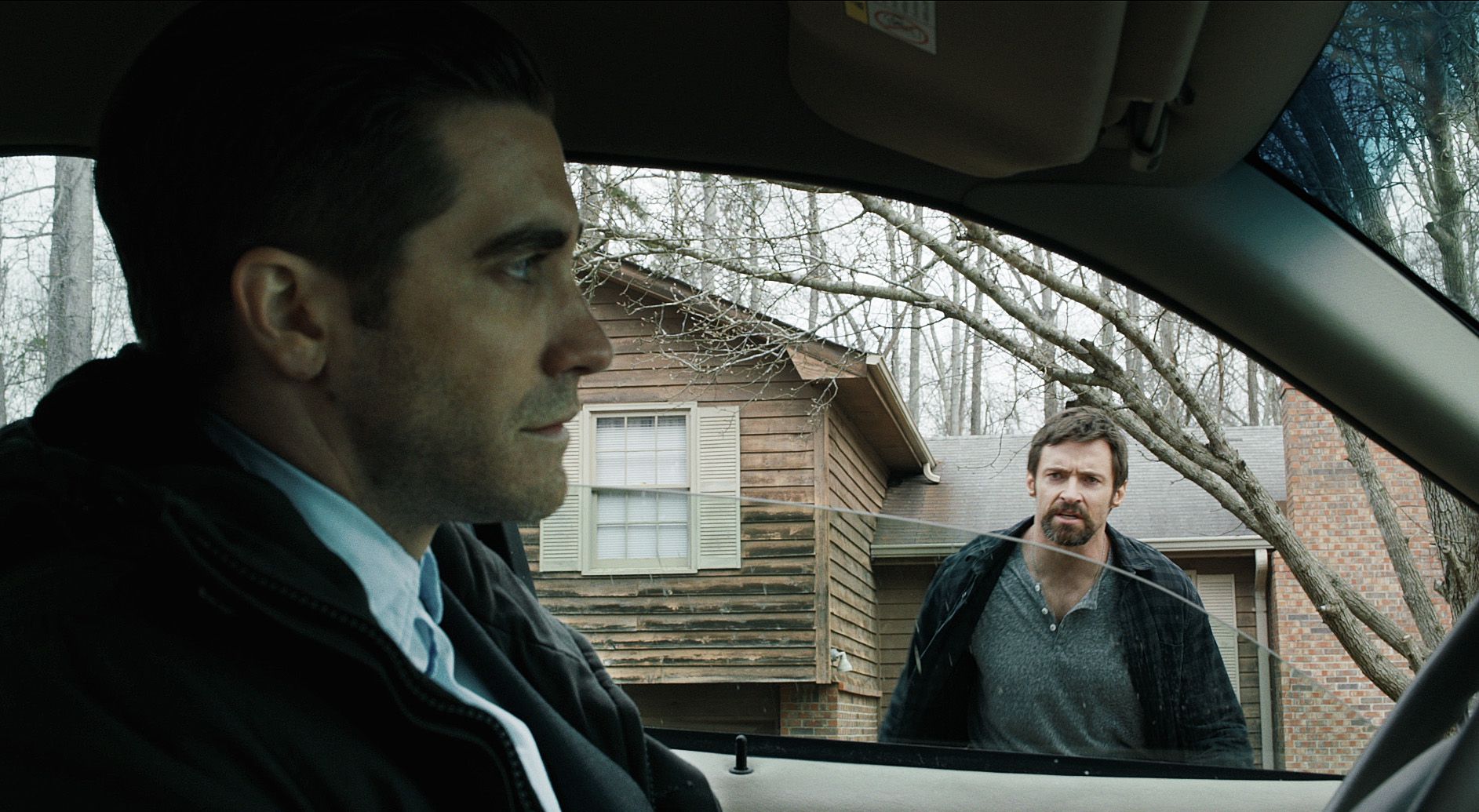 Prisoners may be the year’s most immaculate-looking drivel, a prismatically shot whodunit abundant in red herrings, but lacking in moral contemplation. Director Denis Villeneuve, similar to Roman Polanski, has an uncanny gift for composition, crafting his images from off-kilter angles that convey an unmistakable tension, so that an innocuous conversation between two men seethes with the same level of menace as the pounding of little hands against the walls of a mysterious recreational vehicle that may or may not be driven by the story’s boogeyman. But unlike his magisterial Polytechnique, which blisteringly and unnervingly communicated a modern-mythic sense of man’s almost existential alienation from women via a purposefully flamboyant aesthetic, the Quebecois filmmaker’s first English-language production is no more, no less than a lavishly staged funeral procession, and its effect is borderline pornographic.

Villeneuve’s heavy-handed, ultimately shallow symbology is felt in the very first scene, which depicts a suburban father, Keller Dover (Hugh Jackman), and his teenage son, Ralph (Dylan Minnette), on a deer-hunting trip. It’s a rainy (of course) Thanksgiving afternoon, and after the dishes are cleaned, Keller and his wife, Grace (Maria Bello), and their children visit the home of their neighbors, Franklin and Nancy Birch (Terrence Howard and Viola Davis). Bliss quickly turns to agony when the families realize their youngest daughters, Anna (Erin Gerasimovich) and Joy (Kyla Drew Simmons), have gone missing. A maddening search for the girls and the RV their children earlier encountered down the road leads nowhere, but later that night, the local police, spearheaded by the solemnly eager Detective Loki (Jake Gyllenhaal), discover the vehicle and its driver, Alex Jones (Paul Dano), who’s ultimately released from custody for lack of evidence.

The title of the film is practically neon-lit with capital-M meaning, and it shines blindingly on everyone. Evoking Sean Penn’s grieving father from Mystic River, but with a little Wolverine coursing through his veins, Keller kidnaps and brutally imprisons Alex, and the stage appears set for an inquiry into the nature of a man’s impulsively histrionic thirst for vigilante justice. But the filmmakers are uninterested in exploring the feelings of guilt and redemption that weigh on their characters’ hearts and minds. Not that they need to in Keller’s case, as the blue-collar dad is so convinced of Alex’s wrongdoing that he feels no remorse. Less defensible is how the film fails to get to roots of the man’s violent rage, even shortchanging the sense of wrongdoing Franklin and Nancy feel as they’re swept up in Keller’s plan, though to Howard and Davis’s credit, their heroically performed flood of tears and snot in two notable scenes has a way of picking up screenwriter Aaron Guzikowski’s slack.

Prisoners is mostly content to lead audiences down an unnerving narrative labyrinth that’s so heavily breadcrumbed with MacGuffins that there comes a point where the story’s trite attempts at characterization (such as Loki’s incessant, uncommented-upon blinking, possibly a sign of OCD and, perhaps, a reason why he’s never failed to solve a crime) come to feel like diversions. Because of its exquisite visual textures and brisk pacing, especially during a series of home invasions so chillingly staged that cinema’s future masters of horrors should take note, it’s easy enough to ignore the story’s unimaginative formula. But while it’s beyond clear at this point that Villeneuve and his cinematographer, the great Roger Deakins, can convincingly repurpose IKEA particle-board furniture and make it seem as if it belongs in a Restoration Hardware catalogue, wrestle with it long enough and it’ll still inevitably fall apart.

Review: Stranger by the Lake