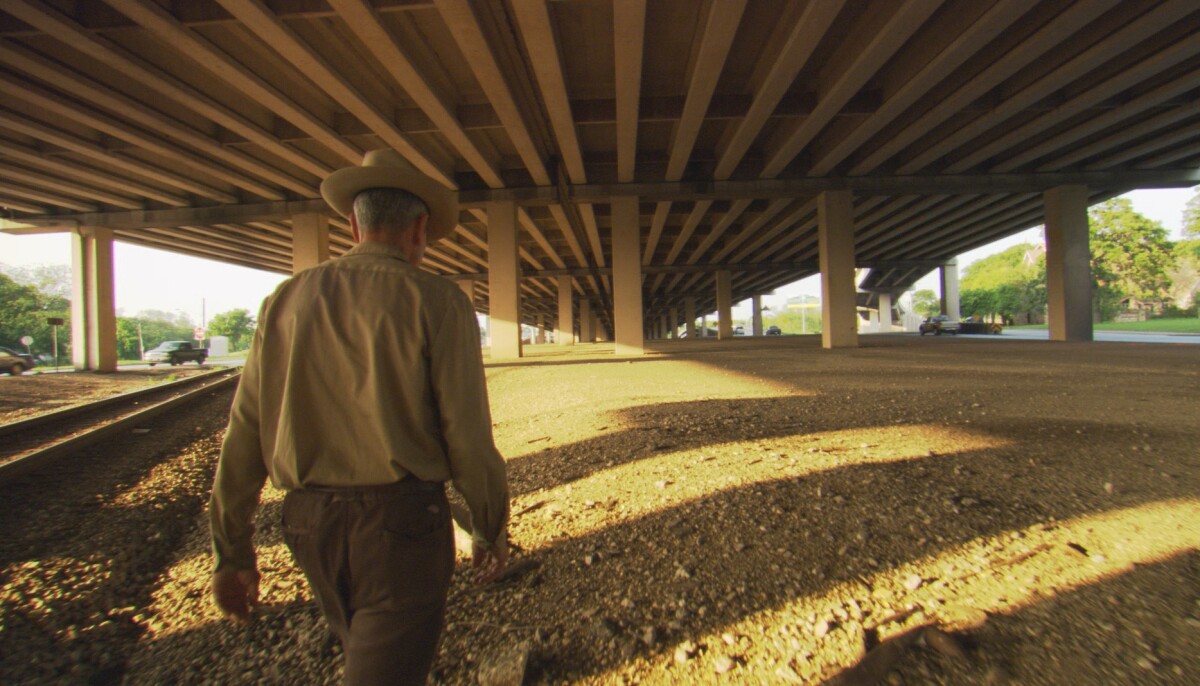 Laura Dunn’s The Unforeseen neatly encapsulates the problems of the contemporary political non-fiction film: its importance as social document is everywhere countered by its poverty as cinema. Taking as its subject the damages (both to the environment and the fabric of communities) wrought by unchecked land development, Dunn’s film is content to present its arguments through typical talking heads plus archival footage methodology, relying on less than spectacular aerial and underwater footage to fill in the visual gaps. The lack of imagination of this presentation (as well as the inevitable rigidness of the argument) places the burden of interest squarely on the narrative, a burden which it has more than a little difficulty sustaining.

The film ties its story of the development of suburban Austin to a typical rise-and-fall saga, focusing largely on the shifting fortunes of one of the key figures in the transformation, developer Gary Bradley. Tracing the familiar narrative arc of humble beginnings, initial success, various difficulties, ultimate triumph and final defeat, Dunn drains most of the interest from her plotting by hewing to such predictable guidelines. Then, she places the film’s most interesting development far too early in the narrative chronology when, less than a third of the way in, Bradley attempts to build a development on the site of Barton Springs, beloved local watering hole and childhood hangout of Robert Redford (who, identified onscreen by the designation “environmentalist”, shows up to reminisce). In an inspiring example of local activism, the community advocates for the successful passage of legislation that prevents the development. But then lobbyists draft a bill nullifying the prior legislation and, when George W. Bush takes over as Texas Governor in 1995, the bill gets pushed through and the development built. From there it’s all downhill, both for Bradley’s fortunes and the narrative’s ability to generate interest.

That Dunn devotes so much screen time to Bradley’s direct address to the camera and that Bradley, who should register as the film’s central villain, evinces a fair amount of sympathy, add a hint of complexity to what would otherwise be a thoroughly one-sided affair. To be sure, we’re a long way from Michael Moore territory, but Dunn has no difficulty letting us know where her interests lie. She balances Bradley’s voice with a series of talking heads outlining the dangers of overdevelopment, a viewpoint clearly in line with her own. Then she gives us a real villain to excoriate, lobbyist Dick Brown, the man responsible for the devastating bill, and represented onscreen only by his hands as he meticulously builds a model warplane. But, just to be sure we get the point, Dunn brings in one last subject, a doctor who explains the growth of cancerous cells, providing the filmmaker with an unmistakable (and all-too-obvious) metaphor for unchecked urban development.

All of which raises the question: how does the politically aware non-fiction filmmaker navigate the line between polemic and art? Clearly, Dunn’s chief objective is to provide public awareness of the consequences of overdevelopment. But, in order to best advance this goal, she has to eliminate much of the nuance that we generally expect from a satisfying work of art. Then we have to contend with the aesthetic inadequacy of much of the film. Attempting to move beyond the inevitable visual drabness of the archival and interview footage that makes up most of her picture, Dunn inserts a series of precious lyrical interludes designed to suggest the purity of the natural surroundings threatened by development. At their most offensive, as in one segment which alternates images of children playing in green fields with close-ups of flowers and butterflies emerging from cocoons, all to the accompaniment of a drippy piano-and-strings score, these interludes end up undercutting Dunn’s argument by positing such new-agey schmaltz as the natural alternative to the tract housing lifestyle.

From An Inconvenient Truth to the films of Michael Moore to the recent spate of Iraq documentaries, we’ve seen the rise of a whole subgenre of non-fiction film whose admirable consciousness-raising is countered by an irritating dogmatism and a visual drabness, both of which limit the films’ effectiveness as art. To be sure, since the days of Eisenstein, the cinema has often served a polemical function, but in the best of this strain of filmmaking, the work’s ideological simplicity is balanced by an aesthetic richness. We watch Potemkin not for what it tells us about Russian class struggle, but for the filmmaker’s extraordinary inventiveness. With the current crop of polemic, the interest is made to rest almost entirely in the argument. That The Unforeseen lacks the outraged urgency of the Moore films or the visual clarity of Al Gore’s slideshow means that Dunn’s film must be considered a lesser entry in an already problematic genre. Still, given the film’s potentially useful social function, it would be unwise to dismiss it outright.

Rendez-Vous With French Cinema 2008: All Is Forgiven, Fear(s) of the Dark, & More