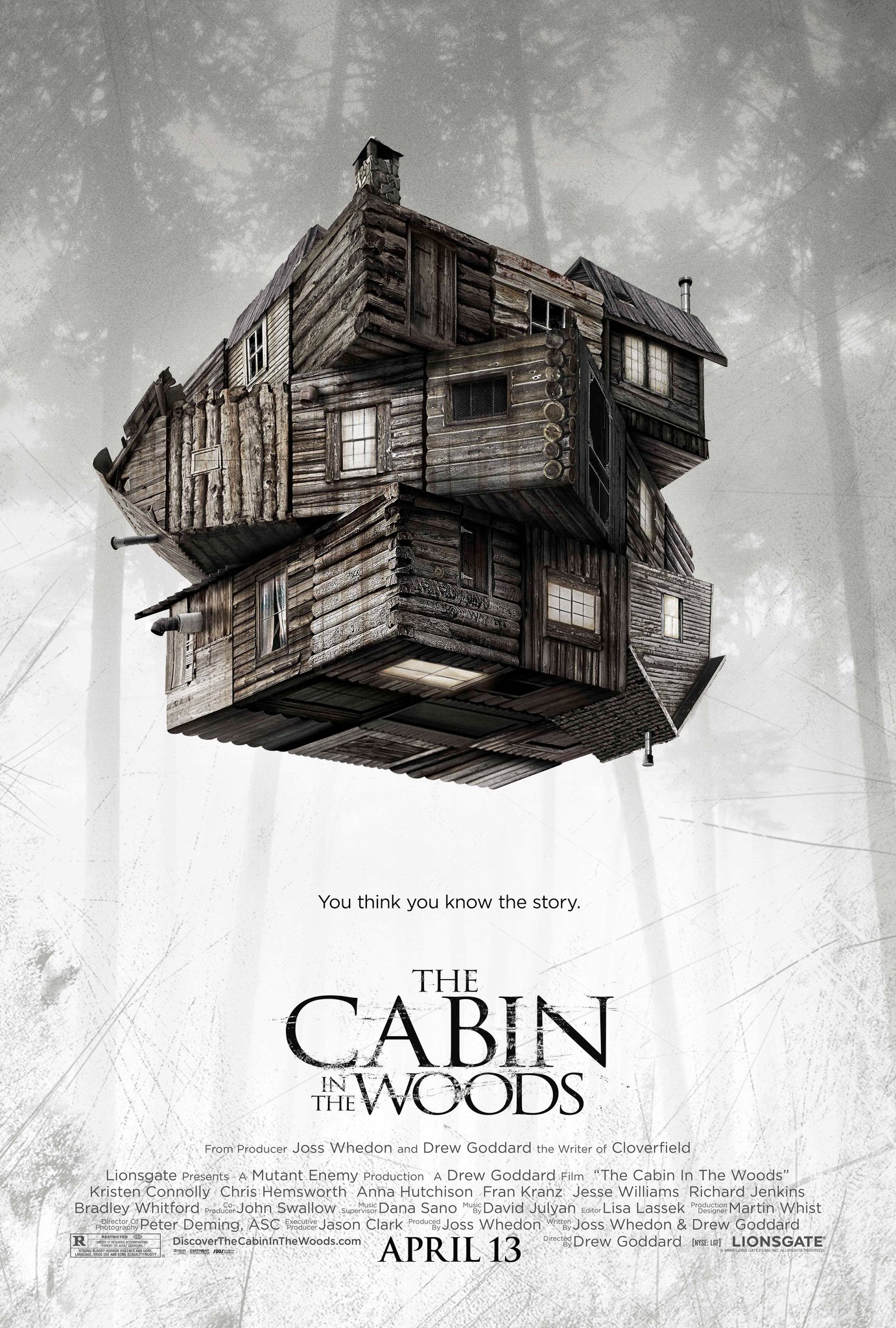 There wasn’t much to say about the initial poster for The Cabin in the Woods that wasn’t as plain as day in the image itself: “Oh, look at that. The house is twisted like a Rubik’s Cube. There must be puzzles afoot.” Nevertheless, the design proved to be one not easily forgotten, and highly amenable to, say, 3-D cardboard stand-ups for cineplex lobbies. Now, Lionsgate has wisely taken ownership of the image, as evidenced by the new one-sheet, recently revealed. Thanks to passerby double-takes and a swelling sea of buzz, that house is an emblem that can even work as a hollow shape, and while it may not be as iconic as The Blair Witch Project’s stickman, the powers that be are seeing to it that it’s on its way.

A heavy hitter on the festival circuit and overseas, The Cabin in the Woods has been met with a mess of early critical praise, which, given the cryptic plot details and banal TV spots, is thus far the most intriguing thing about it. The fire is then stoked with the new poster’s central detail—a jam-packed collection of more than 20 quoted raves. History has certainly shown that madness lies the way of trusting pithy blurbs stamped on film paraphernalia, but it’s exciting to see such enthusiasm emerge about a scary movie. Though largely drawn from London outlets, the quotes aren’t simply those of horror and genre gurus, who often give passes to titles that fail to grab a broader audience. The response suggests a widespread appeal, and it underscores an apparent mix of fright and comedy reminiscent of, as noted, The Evil Dead and Scream.

Critical praise is ever-present in posters and cover art, but rarely is it well incorporated into the design. It’s not often we see something like Stephen Holden’s “Exhilarating,” which hangs mid-air with Philippe Petit on the one sheet for Man on Wire. The Cabin in the Woods ads can’t even claim to be great minimalism, what with the weak, sparse posters that poke fun at slasher clichés like chases, warnings, and sex. But the latest, at least, makes the most of basics like acclaim, even if one of the best plugs it could scare up is a senseless spin on a Red Hot Chili Peppers album title. “You think you know the story—think again,” reads the tagline of this Joss Whedon sleeper. Early word that the film is a “game-changer” is probably hyperbole, but it’s nice that we don’t have the same old story when observing its approach to brand identity. In one quick reworking of a striking image, it’s delivered its logo and endorsements all in one.

Evil Dead: The Game Review: Ash Williams vs Deadites and Lots and Lots of Bugs