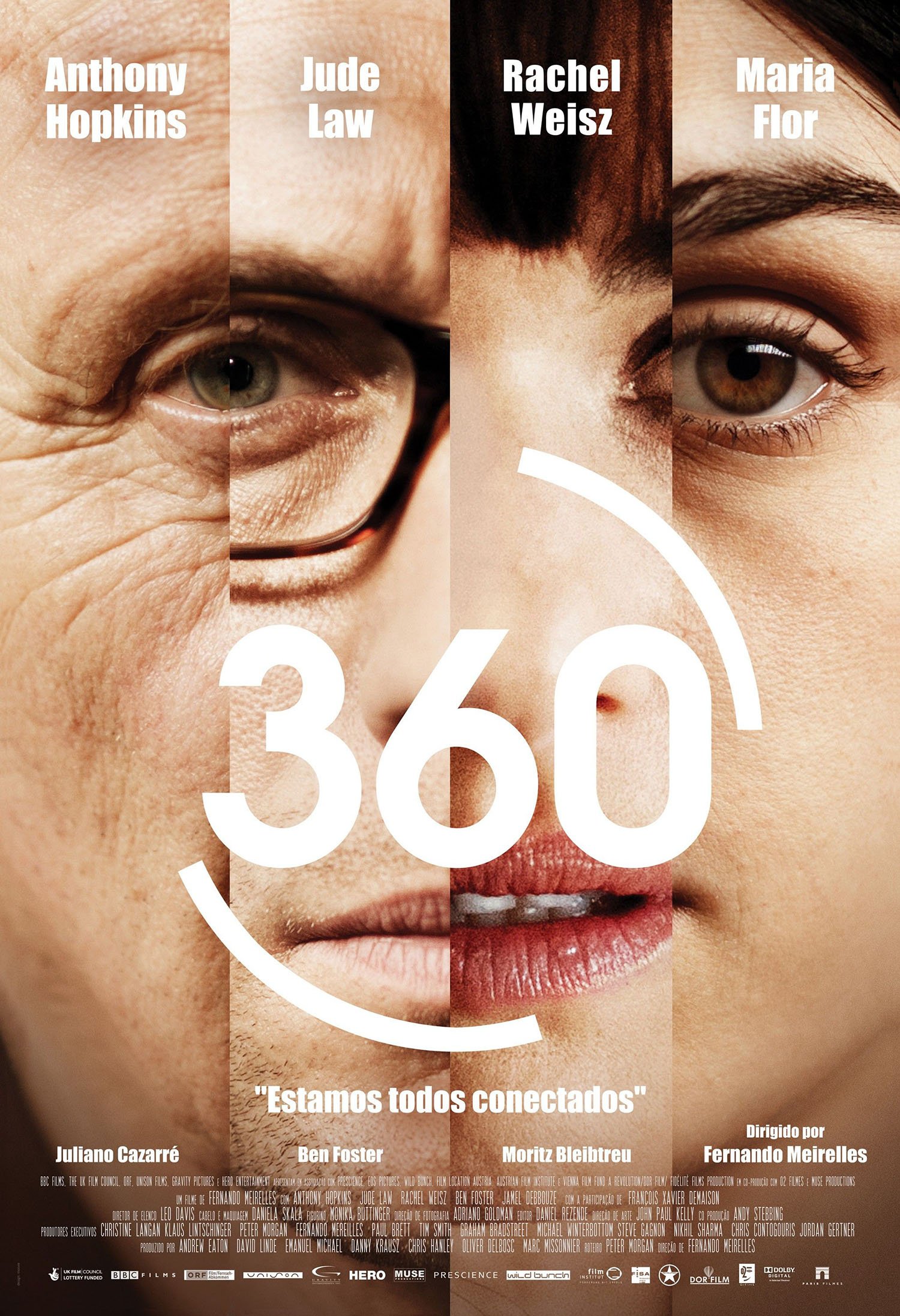 “Estamos todos connectados,” reads the tagline on the Brazilian poster for Fernando Meirelles’s 360, its English translation, of course, being, “we are all connected.” To this, a filmgoer’s first reaction may well be one of shock, particularly over Meirelles’s sheer audacity. Is there really anything new to be brought to the hyperlink-narrative subgenre, wherein characters’ overlapping and interlocking stories ultimately reveal their common humanity? As evidenced by dreck like last year’s Answers to Nothing, it’s a cinematic dead zone, whose knell rang out around the middle of the Aughts. Is Meirelles that deluded and out of touch, or is he a savvy resurrectionist with fresh tricks up his sleeve?

In his corner is tony English scribe Peter Morgan, whose credits include the screenplay for The Queen, and whose new tale seems to stitch together the requisite pieces: dark pasts, lies, secrets, and feigned emotions. Paired with the concept of universality, that patchwork approach is what fuels the Brazilian design, a freaky collage that literally fuses the faces of four stars, driving home the notion that all are more alike than different. In the film’s (rather benign) trailer, we learn that each aching soul is searching for something, be it an old man (Anthony Hopkins) searching for his daughter, an ex-con (Ben Foster) searching for redemption, or a wife (Rachel Weisz) searching for satisfaction her husband (Jude Law) can’t provide. Again, despite an enticing international cast (co-stars include Maria Flor, Jamel Debbouze, and Dinara Drukarova of Since Otar Left), this all seems drastically familiar, as if Meirelles felt the need to tip his hat to Mexican peer Alejandro Gonález Iñárritu, who helped bang the coffin nails into this brand of storytelling.

With such redundant and rudimentary deeper meaning at play, the true interest to be found in the 360 poster is merely superficial. One wonders if Jude Law’s beauty may indeed fade into a mug of wrinkled wisdom like Sir Anthony’s, or if Flor would be more fetching with Weisz’s lips. Though grasping for greater evocations, the one-sheet can only muster the macabre of Mary Shelley. Still, it blows away its inevitably dialed-down American counterpart, whose ultra-generic, horizontal cells slay any chance of 360 projecting a unique identity. The surgical experimentation displayed above is replaced by DVD-ready digestibility, whose only cardinal rule is that bankable names and faces are readily apparent. The only improvement of the American version is in its tagline, which seems more in service of the film’s conceit. “Everything comes full circle,” it aptly reads, highlighting Meirelles’s presumable goal of exploring not just interconnectedness, but karma. The problem is, that still leaves us in the realm of wearying clichés, and longing for films that don’t just advertise facial mash-ups, but use the method of merging lives for something that’s actually novel.

Bardo, False Chronicle of a Handful of Truths Review: A Filmmaker Surrenders to Hubris